Russian president Putin is slowly gaining the upper hand in the quest for finding a solution of the Syrian conflict. The US-administration is caught off guard. Instead of doing everything to stop the mass expulsions of people out of the Middle East, the Americans send think tanks to fight their battles: They are relying on the legend that the Syrian crisis is supposed to be Putin’s fault. 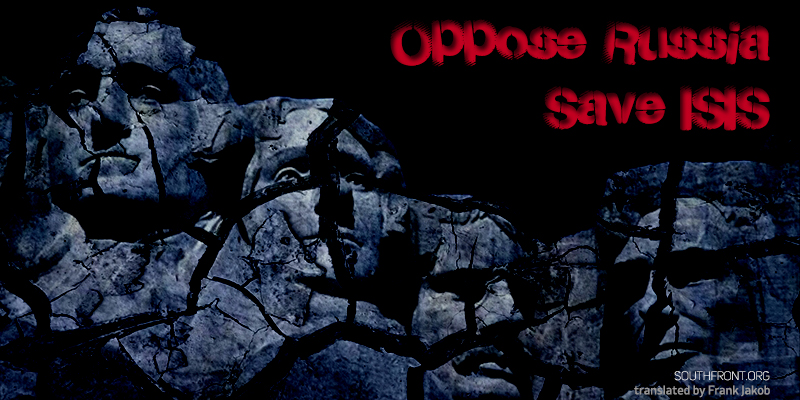 Russian president Vladimir Putin called upon the international community to fight the terrorist organization Islamic State together. “We support the Syrian government in its struggle against the terrorist aggression and we will keep supplying them with military and technical support. “, said Putin on Tuesday in the Tajik capital Dushanbe. “We call upon other countries to join us”, the head of the Kremlin was quoted by Interfax during a meeting of the Collective Security Treaty Organization (CSTO). The situation would be very dire, he said.

The majority of the EU is already on Putin’s side. Especially Germany announced surprisingly that ending the Syrian crisis is only possible with the help of Assad and Putin. Spain and Austria previously took the same position. Italy’s biggest opposition party Forza Italia demanded a normalization of relations with Russia. Ex-Premier Silvio Berlusconi even visited Putin in Crimea a few days ago.

Russia previously stated several times that it intended to form an international coalition to fight against IS. Putin simply has better arguments on his side: He wants to cooperate both with president Assad as with the “healthy opposition” of the country. Assad would be ready for cooperation, Putin emphasized. The USA are undecided: While US-president Obama likes Putin’s initiative or even explicitly agreed with it, the Neocons are trying to discredit Putin, according to a report by Consortiumnews.

For this purpose the think tanks are being sent to the battlefield in order to change public opinion. The “International Institute for Strategic Studies IISS” in London warns about cooperation with Assad, dpa reports. Islamic State would only be beatable if the West opposes Assad, said IISS Middle East expert Emile Hokayem on Tuesday. “The current strategy is highly flawed”, he emphasized. To stop the spreading of Islamic State it would be imperative for the West to rely on both the Kurds and the Sunni Muslims. “And if one would want to get Sunni Arabs on board, one needs both a political and military solution to decide Assads future.”

It is remarkable that the highly respected news agency dpa would just print this lobbyist remark as an objective pseudo-independent experts opinion without any comment even though it is completely nonsensical. Why should a two-frontier war lead against Assad and IS lead to any success? Until now the US-lead coalition was everything but successful in it’s fight in Syria – exactly because the situation is way too complicated. First the Americans watched with favor the birth of IS. When it was clear it would be growing into a terrorist threat for the whole world it was already too late to change course.

One of the reasons that the USA wants to topple Assad was from the beginning to push the Russians out of the Middle East. The reason being the everlasting fight for raw materials in the region.

The absence of US military successes are the bachground why Putin is finally forced to act. Whether the situation will get better by this is doubtful. The Russians will most likely also mainly act according to their own best interests in the Middle East. The more foolish seems the refusal of the USA to no longer pursue the idea of a political solution.

Putin rightfully pointed to the fact that the West destabilized the situation in Iraq, Syria, Afghanistan and other countries. “It wasn’t us that destroyed the governmental institutions and in a consequence created a vacuum of power that is now being filled by terrorists.”, he said.

“If Russia wouldn’t back Syria then the situation in the country would be far worse (…), and there would be even more refugees.”, said Putin. He accused the USA of meddling in the affairs of other countries on purpose and to rely on radical forces to oust unfriendly governments.

It would be “common sense’”, to unite the forces of the international community in the face of global threats such as Islamic State, he said. This way Putin referred to an earlier Russian proposal of the establishment of a conjoint Euro-Atlantic security regime. The CSTO countries would also be open to a constructive cooperation. The organization which is specialized on security matters is a cooperation of the ex-sowiet republics Belarus, Tajikistan, Kirgizstan, Kazakhstan, Armenia and Russia. The CSTO wants to form joint peace-contingents for future deployments in armed conflicts.

Most interesting: Iran does also seem to be open to join the fight together with Russia and the coalition. Iranian television reported very sympathetic about the Russian initiative. It seems to become rather difficult for the US-administration to brand a potential Iranian involvement as insignificant in the face of the new appeasement politics between Tehran and Washington.

The Americans so far did not find an adequate answer to this: They are totally focused their dull game of blaming Putin for everything. This is why foreign minister John Kerry warned of more refugees that would be driven to Europe should Russia intervene. Washington is tirelessly working on an argumentative line to completely distort the facts in order to portray Putin as the real problem, the always well-informed Robert Parry reported.

In fact a completely different scenario is likely – one that senator Lindsey Graham is describing: The military Situation in the Middle east has completely gotten out of hand and only a massive military intervention by the US with likely many dead soldiers can bring this war to an end.

Not even the Neocons want to go this far since this position is far from the public opinion in the US. This, however, will result in ongoing deterioration of the region and more mass migrations. This situation poses enormous risk also for Russia which is why Putin promoting this jointly led alliance.

Tags:Civil war, coalition, intervention, IS, isis, Putin, syria, the us