What is a real situation at the Russian automotive market? SouthFront is answering on the question.

This article originally appeared at Politrussia, translated from Russian by The Russophobian exclusively for SouthFront

Everyone knows that the Russian automotive market today is struggling through the crisis. Nevertheless the term “import-replacement” is most applicable to the Russian automotive world despite its complicated situation. At least when it comes to trucks – Russian GAZs and “Urals” are steadily stealing the show. It’s important to note that from the beginning of the year, Russian truck market that’s most sensitive during a crisis fell by 60% during the 1st half of this year. Overseas truck brands were hit the hardest, some of which were forced to stop production in Russia. Brotherly Belorussian industry is not experiencing the best times either. The demand for Belorussian MAZ somewhat decreased as well. What we are witnessing is a substantial decrease in controlling share of the Russian market by western truck producers. Meanwhile the share of market control by Russian producers has significantly increased. Today “KamAz” and “Ural” together control nearly 70% of the market! Rouble devaluation in 2014 and the continuous wreaking of the Rouble forced western automotive companies to leave the Russian market, meanwhile the Russian producers filled the lacuna the crisis created. Russian producers always created serious competition in price/quality ratio when it came to trucks. Russian trucks have always been famous for their ease of use, ease of exploitation and being easy to fix all for a low price.

The government played a big role in helping KamAz gaining a large share of the automotive market, at least according to KamAz representatives. At the end of March, Prime Minister Medvedev noted poor state of affairs in the Russian automotive industry during the government general assembly. He noted that the government will provide automotive industry funds to support it, including the industry in Tatarstan, Samara region (AvtoVaz) and in other regions. “Naturally, larger industries will receive greater support as that’s where economic crisis hit the most. That’s where the situation is almost critical. I am referring to the automotive industry… it is because of this these subjects were selected and so the respective targets will receive greater support. These are “KamAz”, “AvtoVaz”, “Altaivagon”, “Tverskoi train-carriage factory” – Dmitrii Medvedev noted.

Now lets crunch some numbers. “KamAz” and “Ural” took up a greater portion of the Russian market because their sales did not suffer as much as those of their Western counter-parts. “KamAz” reduced its sales by 50% to 7,7 thousand units. In terms of its profit, “KamAz” received more than 30 billion roubles in revenue, that’s one and a half times less than what the company received last year.

“Ural” truck production has been reduced by 8%, to 2,4 thousand units. Meanwhile the production of western truck brands in Russia has been decreased by 76%. Companies such as Volvo, Scania, MAN, Mercedes-Benz and others have nearly disappeared from the Russian market. Experts predict that in the next 5 years, it is very likely that western companies, if they do not disappear from the Russian market, they will occupy only around 20-25% of the Russian market. It is predicted that Western brands are very unlikely to gain higher market share than that.

GAZ group explains its high share of the automotive market by the fact that the Russian automotive market shrank more than the actuall decrease in “Ural” sales. Moreover GAZ group released new “Ural” model, “Ural-M” its release has already been realised in first half of 2015.

In terms of western producers, their market share has decrease to 24%, even worse their share is expected to decrease due to Rouble and further financial instability in the Russian Federation and on top of that domestic consumers prefer national products. A number of international companies have stopped production by this time. Like Volvo factory in Kaluga, paused production of its 15,000 planned trucks in February 2015. Its very likely that the production in this factory is unlikely to continue. Mitsubishi productions we halted in Naberezhye Chelnye, a bit later in April. The companies announced that their productions are likely to resume in September. At the same time the factories in Saint-Petersburg belonging to Scania, MAN and Daimler in Naberezhye Chelnye continue their production. 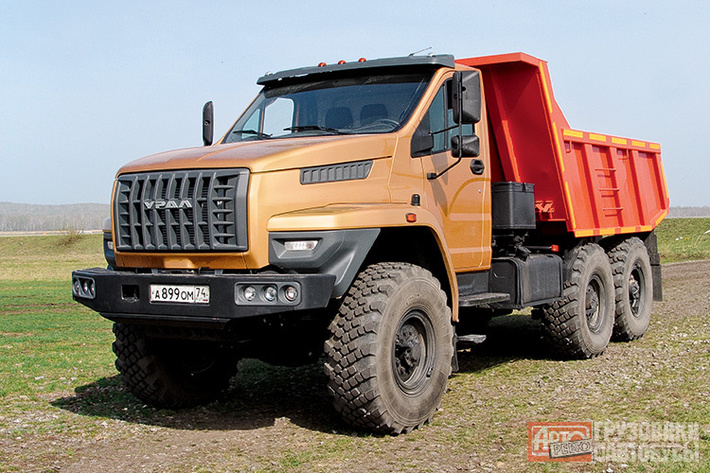 KamAz productions are not slowing down either; infact the company increases its capabilities for the upcoming years, irrespective of the tough financial times. There is a high demand in the Kamsk factory. Demand is high in the government sector as much as in the commercial one. Fairly recently, the shores of Kamsk have released fresh 46 specially outfitted trucks for the emergency services. Kamsk truck production has exceeded all expectations, instead of trucks expecting to aid the emergency services in October this year; they fulfilled their ranks already this month. Its nice to know that our industry can still impress us. That’s not all; the enterprise has increased its minimal wage by 2.5% to 6120 Roubles. It’s not that much, but the trend is more than welcome.

At the end of July, KamAz stated that it will extend its working days in August. They explained this with a significant increase in orders for their products. “First working week will be a 5 day working week, from 3 to 7th August. Afterwards, most of our workers will take their planned paid leave as was planned last year. Leave taken by our workers, from 10th to 23rd August will be used to modernise our equipment use in our 24hr production schedule. Last week of August is planned to have 4 working days only from 24th to 27th August.” – Company announced.

Our truck giants are experimenting on remote-controlled trucks; they are researching these monsters in their respective experimental departments. The leader in this field is KamAz is working on these systems jointly with “VIST Group”. In May, KamAz saw its first model of the remote controlled prototype based on KamAz 5350, its saw it’s first testing in Naberezhnye Chelny and on a special site in Moscow emergency services. It was first planned to start releasing this model in 2025, however circumstances are such that it’s very likely this model will be produced earlier. Now the machines are expected to be released by 2020. More than 17 billion Roubles are invested into the project. AvtoVAZ and GAZ are following KamAZ’s footsteps in developing autonomous trucks. Only time will tell how successful their developments have been. 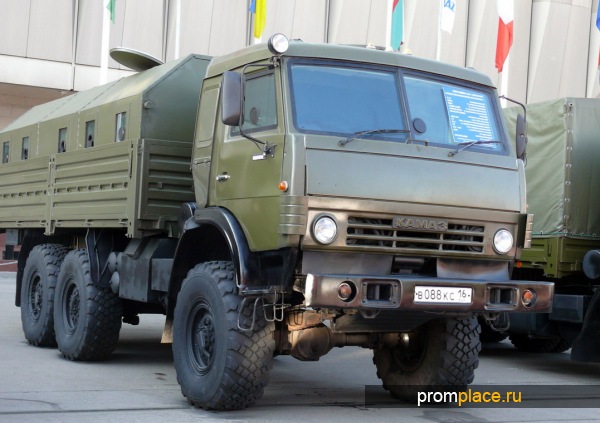 Despite devaluation and other market related hardships, Russian heavy automotive industry is not going to surrender. Instead, it avoids any drama and tragedy in its course, it stands firm and endures the hardships. It is important to note that the government has been swift to provide the necessary support for Russian heavy industry. The Russian industry has shown itself in a bright light by taking the initiative and taking a respective share of the market in difficult circumstances. The western producers suffered greately in the Russian market because of the western sanctions, however this gives the Russian industry a once in a lifetime opportunity to become the dominant automotive industry in the post-USSR territory. The Russian industry is making a comeback!