Abu Ubaida, a spokesman for the Izz ad-Din al-Qassam Brigades, with the logo of the ongoing Operation al-Quds Sward.

In a sign of a near de-escalation, the Hamas Movement announced that it will cease rocket attacks on the Israeli capital until the midnight of March 15.

Abu Ubaida, a spokesman for Hamas’ military wing the Izz ad-Din al-Qassam Brigades, said that rocket attacks on Tel Aviv will be halted for two hours, from 10:00 to 12:00 pm local time.

“By order of Chief of Staff [of the Izz ad-Din al-Qassam Brigades] Abu Khaled Muhammad al-Deif, the curfew on Tel Aviv and its outskirts is lifted for two hours, from 10:00 to 12:00 at night, after that, [Israelis] should return to stand on one leg,” the spokesman said in a statement.

Israel has not commented on Hamas’ announcement, yet. However, an Israeli official told Kann News that Tel Aviv is not discussing a ceasefire at the time.

Earlier today, a large rocket attack by the Izz ad-Din al-Qassam Brigades on Tel Aviv and its outskirts killed a civilian and injured dozens others. The attack was a response to an Israeli strike on the Gaza Strip that claimed the lives of ten people, including eight children.

Palestinian rocket fire has killed nine people in Israel, so far. Meanwhile, Israeli strikes killed 145 people, including 41 children and 23 women. More than 1,100 others were injured, per the Hamas-run Health Ministry in Gaza.

While Hamas announcement could be a sign of a near ceasefire, it may be meant as warning for a large-scale rocket attack on Tel Aviv at midnight.

Israel is not interested in peace, its not even interested in conquest of Gaza. Israel only interest is too kill as many people and completely destroy infrastructure. That was the plan all along.

Even the brain-dead brainwashed western sheeple are now recognizing that Zionism is a cancer for all humanity. It the Arabs had not been so treacherous sell outs led by corrupt “leaders”, the British imperialists would never have succeeded in planting this insidious cancer in the heart of the Arab world. In any case as the heroic resistance by Hamas and Palestinians has amply demonstrated, the Zionist cancer in Palestine is untenable. The Zionist child killers are scared out of their diapers at the thought of a land invasion of Gaza.

This new comment space looks appealing compared to the former one. I hope veterans like Lone Ranger, Ashok Varma, Arc Bungle and others have not ghosted South Front already.

The most legendary veteran Jens Holm never left us! Unfortunately

About time Southfront came up with a good comments platform as it is a good independent media with a very high level of credibility and ability to punch above its weight and that has been a thorn in the side of the US warmongers and their Zionist child killing masters. Anyway, kudos to SF for getting its act together in promoting free speech and debate in a world of deceit and lies promoted by western hypocrites and their sham “human rights” while children in Palestine, Yemen and Syria are being killed by US weapons and cluster bombs..

They need a moderator or two, this new system is easy to abuse. Soon trolls and 5-years old kids will overrun the comment section again.

The end
Reply to  hmm

Does anyone by any chance know what happened to our belowed …………. (fill in the word by your self) Iron Zion? I hope he is not among the nine Israeli casualties. I kind of a loved his insidiously crazy statements. It said a lot of this warmonger and its nation.

Ashok Varma
Reply to  The end

He was a big mouth hasbara teenager as I had exposed him on several occasions. All his bombast and braggadocio proved beyond fallacy. Hasbara lies have done more damage to the Zionist criminals as large rallies for Palestine around the world have shown today, especially in the US where large white populations have turned out to support the Palestinian cause against the Zionist child killers.

hmm
Reply to  The end

I bet he’s in his shelter/basement. Probably no electricity there. But he will return after the war with stories of his heroism :)

-but they don’t have any tanks!

Trolls are generally marginalized very rapidly as they are dumb fringe dwelling attention seekers and have nothing meaningful to contribute. The abject hasbara failure and home goals are glaring examples of how trolls create more enemies for their losing team.

RandomDude
Reply to  None of you

Potato Man
Reply to  None of you 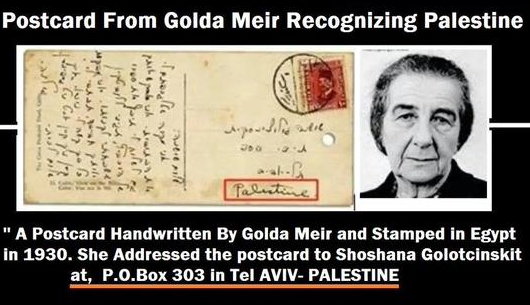 Stick to your day job clown. Understandable why your mouth is full of shit when you do nothing but suck it up all day.. When you tell me to F off why not look in the mirror.

Proud Indian
IT SEEMS THE TRUTH HURTS YOU CHANNEL YOUR ENERGY IN BUILDING BETTER INDIA BY FOCUSING ON YOUR ENERGY INTO BUILDING SCHOOLS
UNIVERSITIES,HOSPITALS ETC INSTEAD OF HATRED ONLY PEOPLE WHO BENAREV MILITARY INDUSTRIAL COUNTRIES LIKE Israel,USA, Russia etc
AT THE END YOU NEED A COUNTRY TO BE PROSPEROUS UNITED AND DYNAMIC THIS WAY YOU ARE DESTROYING YOUR OWNSELF AND INDIA

Trolls are generally marginalized very rapidly as they are dumb fringe dwelling attention seekers and have nothing meaningful to contribute. The abject hasbara failure and home goals are glaring examples of how trolls create more enemies for their losing team.

They must be having a midnight snack.

Well, everyone has to eat sometime.

… and give the jews some time to emerge from their shelters so they can be bombed again.

This one will be hard to swallow, but it is thrue! :

2 hours of seasfire is just for Israel to reload the dome..
.

Switzerland is pulling all the strings, hamas and Israel, are both their puppets, so is Iran, Russia.. That is why all countries all over the world are in covid bull, even Iranian leaders wearing masks.

It is not Jews or Arab s,.. It is Aristocrats with their base in Octogon Switzerland!

They have fingers all over. It was in Basel, where they crieted state of Israel. In Basel is world central Bank! Swiss is protecting the Pope.
Swift is theirs, (taking raket from whole world), they took gold of americas FED, they financed Hitler,..,…

All this civilian killed, are sacrefice, for their Pharaohnic god Set on or Satan.

Some of israel’s weapons shipments are going to be delayed, one through covid and another through pure humanity:

“This Friday the Asiatic Island arrived in the port of Livorno, Italy. Thanks to the report of the Autonomous Collective of Port Workers of Genoa and the WeaponWatch association, the port workers, organized in L’Unione Sindacale di Base, learned that the ship was filled with weapons and explosives bound for the Israeli dock of Ashdod. These weapons and explosives would be used to kill Palestinians, who have already been hit by a brutal Israeli military offensive that has murdered hundreds of victims, including many children. The union announced shortly after that it would not allow this or any other maritime shipments of armaments to set sail for Israel. “

Global backlash against the Zionist disgusting childkilllers is growing.

Mossad headquarters is in Tel Aviv. A most excellent target.

Hey hero, why not go to war for Hamas? Show up in Gaza and fight. Put your money where your mouth is.

Sure , let’s start with the big mouthed mouthpieces such as yourself.. Would you like to stick your head up so we can see clearly.

Mossad headquarters is in the City of London. I say blow that f**cker sky high …

Clowns from Hamas warned Issrael – they attacked Tel Aviv in midnight, just as they said. Exactly when and exactly where. Brilliant “strategy”. Warned them so they can prepare better.

Might as well let them know straight out that Hamas means business and they’re going to f*ck the jews six way from Sunday.

he still thinks zionist can win the war hahahahaha

Hey look! It must be one of the Greenberg family actors ‘flipping’ us those baphomet horns Ahaha. Watta lark

I do not believe Gaza stats. I think way more Hamas died and no way that many civvies died.

Reason being, israel just has no way to tell one Ali or Abdul Mohammad from another Abdul and Ali Mohammad.

To the white man, all brown faces and names look the same.

Besides, IDF kills indiscriminately and makes up stories all the time.

Hamas have never been big on lies.

The IDF motto is “By Deception We Shall Do War”.

It is incredible that a small resistance movement like Hamas, quarantined and isolated by the Zionist savage losers and their Egyptian vassals has held out for a week against the “mighty mouse Zionist” child killers armed to the teeth by the US and the west. The courage of the Palestinians is unparalleled in history. The rest of the Arabs and the so-called Muslims should hang their collective cowardly heads in shame. VIVA PALESTINE!

Hamas is a higher performing stock than the IDF.

Arch Bungle
Spot on
IT IS IN MOTIVATION,BELIEFS,AND COOPERATION that ELEMENT ISRAELI LOST LONG AGO AND SHOWN IN REALITY BY HEZBOLLAH IN 2006
4000 HEZBOLLAH FIGHTERS VS 50,000 SOLDIERS
BEST WAS PERFORMANCE OF HIGHLY PUBLICIZED so called golani brigade
They cried like babies and ran away
Israel had AIR SUPREMACY BUT IT DID NOT WORK

The Zionist cowards are at it killing unarmed women and children again and destroying media offices in a failed attempt to silence the truth. How shameful and pathetic that a criminal regime that has been stealing Palestinian lands for 70 years has now been exposed as weak barbaric war criminals in front of the whole world. Hamas has shown tenacity and courage and if the Palestinians unite and wage a protracted armed struggle they will prevail.

Hamas is fake.
The real enemy of Israel was PLO but instead they created Mickey Mouse “extremists” who work for Israel.
Rent-a-jihadists. Starting with Mujahedeen then perfected with Hamas, Al-Qaeda and ISIS all follow the same pattern.

Hamossad
Agree that Al Qaida,ISIS,DAESH ALL CREATED AND BACKED BY MOSSAD,CIA,MI6
ALL ABOVE HAVE PATSIES MUSLIMS AS TOP GUYS BUT TOTALLY MANNED BY
MERCENARIES FROM SOUTH AMERICA WHO GROW BEARD AND WEAR ARAB OR AFGHANIS CLOTHING
BUT NOT HAMAS IS AUTHENTIC

Just been reading an article in the Daily Mail, with regards events. What I found strange, was the fact they are using the same White Helmet Crisis Actors and images from Syria, to highlight the Western take on the story.

See they doing what Zion Nazi do…play their game so the stupid Nazi Zion say some BS and I can laugh.