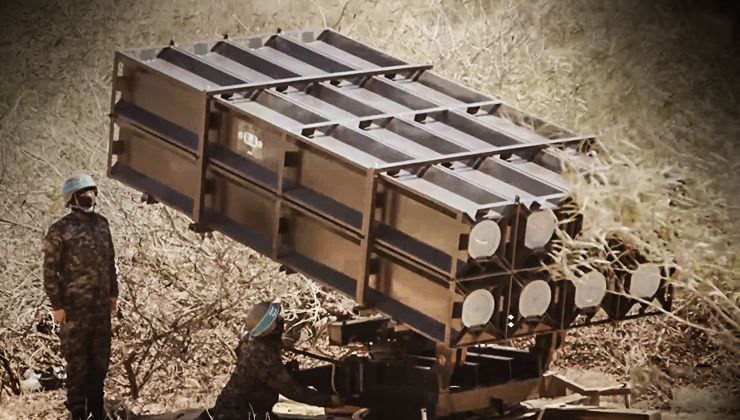 The rockets launched from Lebanon and Syria at Israel during the last battle in the Gaza Strip were the result of coordination between Palestinian factions and the “resistance in Lebanon,” Yahya al-Sinwar, leader of the Hamas Movement in Gaza, revealed on May 26.

Sinwar, who was reportedly on Israel’s “kill list” during the last battle, made his remarks during a public press conference in Gaza city. By saying the “resistance in Lebanon”, the Palestinian leader was referring to Hezbollah and its allies.

“The launching of rockets from Lebanon and Syria, and the drone were all a result of coordinated effort between the resistance in Gaza and the one in Lebanon,” al-Sinwar told reporters.

Gaza battle broke out on May 10, when Palestinian factions fired a barrage of rockets from Gaza at Jerusalem in response to Israeli plans to evict a number of Arab families from the Sheik Jarrah neighborhood in the city. The heated battle came to an end on May 21 with an Egypt-brokered ceasefire.

During the battle, a number of rockets were fired from Lebanon and Syria at Israel.

Furthermore, on May 18, the Israeli military shot down an unidentified drone near the border with Jordan. Later, Israeli Prime Minister Benjamin Netanyahu claimed that the drone was launched by Iranian forces from either Syria or Iraq.

While it is well-known that Hamas receives military and financial support from Iran and its regional allies, al-Sinwar’s remarks reveals a whole new level of coordination between the members of so-called “Axis of Resistance”.

Al-Sinwar’s remarks will likely cause great concern in Tel Aviv, which will have to prepare for a possible multi-front war with the Axis of Resistance. A day earlier, Hezbollah leader Hasan Nasrallah threatened Israel with a “regional war” if it continues its provocations in Jerusalem.

As the brains of the unit I must say why expose your friends and by the looks of it they did little anyway. I must go because Jens wants to play with me again.

Im honored. Ypou forget I also tell why and hive links and maps about it. Yours too often seemes to be created by a dirty left hand below Your bed blanket.

He is a mentally disturbed unemployed git who posts nonsense to get attention. Best is to ignore such fruitcake trolls.

You are an extraordinary moron and even that is a benign description of your pathetic disposition.

You have maps to find your own dick ?. It is your dirty left hand under the blanket. Do you understand anything. No wonder I have to help you all the time. I want to swap my brother for anythingt.

The utter humiliation the Zionist child killers faced in Gaza is a testament to the growing missile power and military prowess of regional resistance forces. Despite using 150 US taxpayers funded aircraft to relentlessly bomb the Palestinian women and children, the IDF eunuchs failed to even make a dent in Hamas and it was obvious that the Zionist cowards chickened out from launching a disastrous ground war that would have sent them back in body bags. As Mr. Nasrallah, the shrewdest strategist in the region alluded to, it was only a question of time before Hezbollah would have joined in, hence the Zionist eagerness to accept a ceasefire. This 11 day conflict has turned the Zionists into a global joke and the future for the land squatting racist Zionist colonialists looks very grim. LONG LIVE THE AXIS OF RESISTANCE.

The pretenders were a joke long before this.