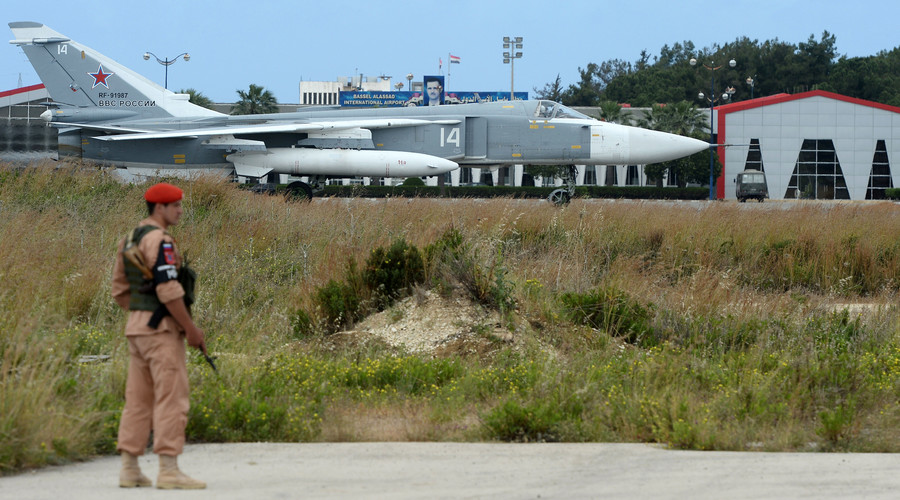 Warplanes of the Russian Aerospace Forces (VKS) have carried out more than 70 airstrikes on ISIS cells in central Syria, the Syrian Observatory for Human Rights (SOHR) reported on May 26.

According to the London-based monitoring group, the airstrikes targeted the following areas:

“It has been confirmed that five personnel of ISIS were killed in the airstrikes, while others sustained wounds,” the SOHR said in a report.

The VKS’ intense strikes on the central region came following a series of attacks by ISIS cells. Last week, the terrorists launched several attacks on government troops as well as civilians in Aleppo and Raqqa.

Despite sustaining serious losses over the las few months, ISIS cells are still attempting to expand their influence in central Syria, mainly in the Hama-Aleppo-Raqqa triangle.

ISIS terrorists, who are situated in the Homs desert, have been reportedly buying supplies and weapons from US-backed fighters based in the southeastern Syrian area of al-Tanf. A garrison of the US-led coalition is located there, supposedly to “counter ISIS”.

The bottom line is the terror attacks will continue until the SAA liberate Idlib and North east Syria,the SAA advance on Idlib was halted after a ceasefire and many people have died since.

The problem is SAA simply can’t take mountainous Idlib full of heavily armed and entrenched terrorists supported by Turkey. SAA can’t even clean already liberated territory from ISIS and other terrorists, same as Egypt in Sinai.

Yeah, sure. They have been “killing dozens and hundreds of ISIS” for years. Either lies or honestly, ISIS grows on trees like leaves.

Isis/CIA gets people from Europe, north Africa, Malaysia, Indonesia, Pakistan, the central Asian Stan countries, even the “peacefull Uighurs” are in Isis and many more.

So Syria is fighting its own little World War.

The fools. When these terrorists began their US employment, they were promised an no-fly zone by US neocons who couldn’t deliver. Now they are fucked. It’s just a matter of time. Hyperinflation has its sights on america. US troops might fined themselves flogging their equipment for a plane ride home.

70 airstrikes and five fatetalities? I doubt those numbers.