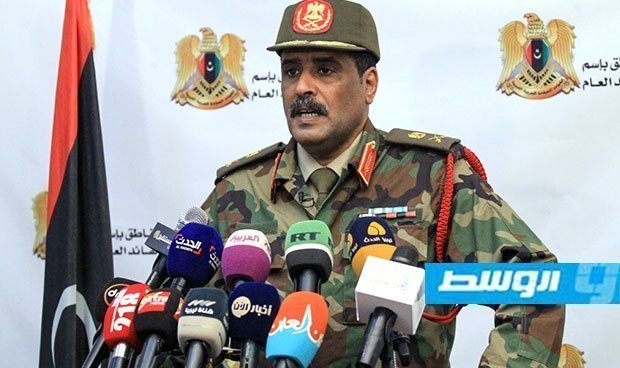 According to him, the ceasefire with the Government of National Accord (GNA) was only signed out of respect to the efforts of the international community.

“We are at war with Turkey, we have entered into a real confrontation where no one has declared an end to the fighting, but we have declared a ceasefire out of respect for the efforts of the international community and the wishes of Libyans to end the war,” Al-Mismari told Sky News Arabia.

He said that Haftar’s forces “are at war with Turkey, a real confrontation, exacerbated by Turkish President Recep Tayyip Erdogan.”

“The Turkish ship intercepted by the LNA on Monday, had entered a restricted military area,” he said.

On the night of December 7th, LNA forces announced the interception of a Turkish vessel, which was heading towards the western port of Misrata, in violation of the arms embargo imposed on Libya.

“Since 2016, we have banned even Libyan fishing boats from entering the Libyan military zone, we were surprised that the Turkish ship entered this area, without the coordination or knowledge of the Libyan coast guard.”

“We appealed to the ship and it did not respond to us, nor did it carry out the international procedures in this situation. So there are three mistakes by the ship’s captain.” 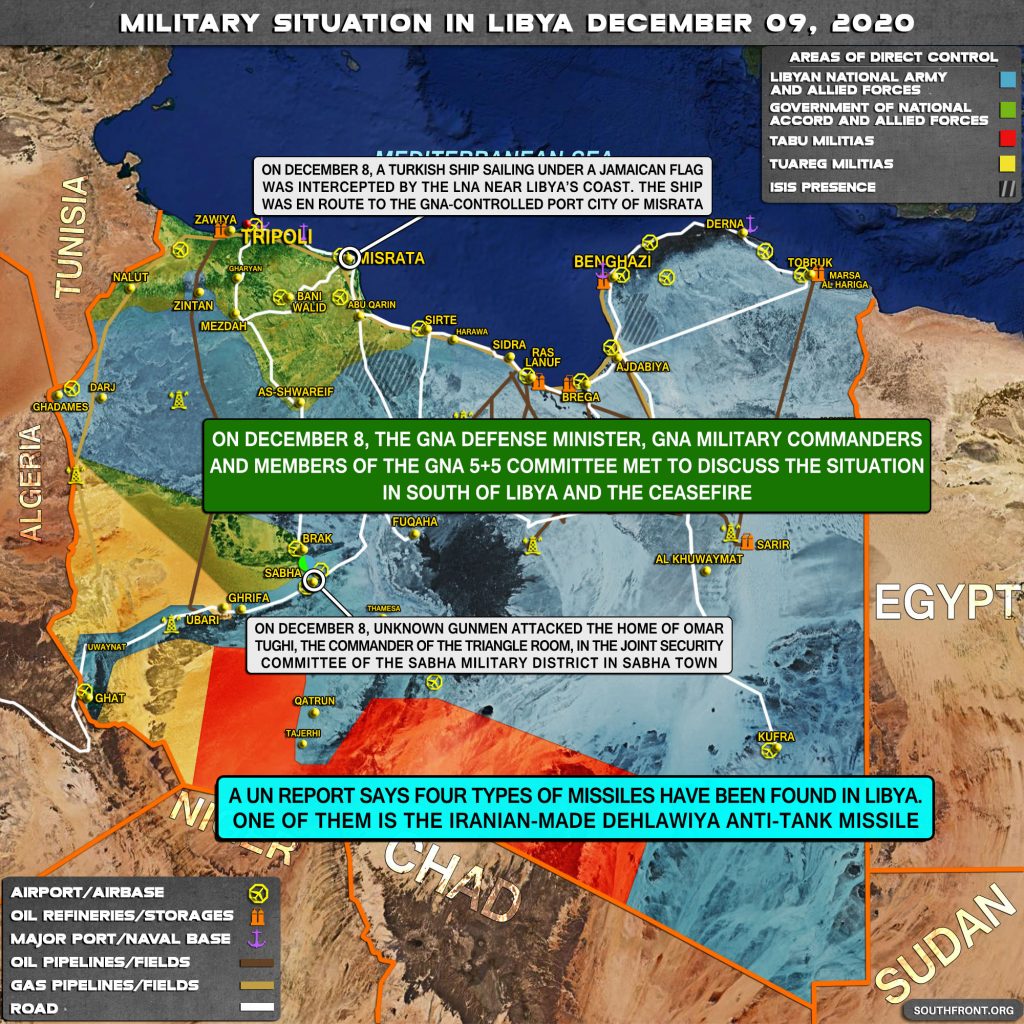 The Turkish Foreign Ministry condemned the detention of the cargo ship “Mabrouka,” demanding immediate steps to enable it to resume its planned voyage, according to a statement.

“The Turkish statement carries a tone of unacceptable arrogance and disrespect for international laws and norms,” said Al-Mismari speaking to Sky News Arabia. “Since 2016 we have banned even Libyan fishing boats from entering the Libyan military zone, we were surprised that the Turkish ship entered this area, without the coordination or knowledge of the Libyan coast guard.”

He said that if Turkish troops and other foreigners such as Syrian militants that were deployed by Turkey leave the country within a 90-day deadline set out by the UN, then everything would be in order.

“We are now waiting for the implementation of the removal of foreigners according to the 90-day deadline set by the United Nations mission, if the mission succeeds in removing them, we Libyans are very easy to understand.”

It is interesting that since Field Marshal Khalifa Haftar and his LNA say they are at war with Turkey, then that means the entire Eastern Libyan government is at war with Ankara’s forces.

Sultan Erdocunt will end up in jail or dead

Haftar is a CIA operative has been even before the CIA rescued him and a few hundred of his men who were prisoners from Chad during the Libyan Chad border war 1987, since then he was a paid propagandists in the US.

These maggot Jews just want Libyan resources to be controlled by the IMF.