The Libyan National Army has recaptured the Al-Sidra and Ra’s Lanuf oil terminals from the Benghazi Defense Brigades. 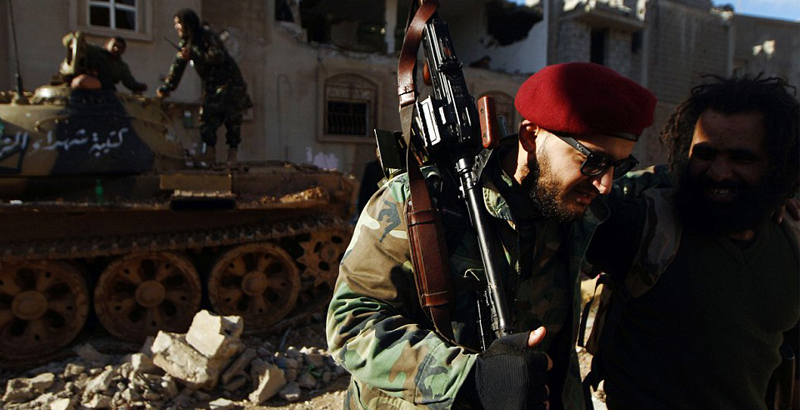 According to a representative of the LNA, Ahmed al-Mismari, at the moment soldiers of the Benghazi Defense Brigades (BDB) are pushed back more than 100 km. The Air Force and ground forces of the LNA took part in the operation for liberation of Al-Sidra and Ra’s Lanuf.

The fighting lasted from night to about noon, the both sides suffered serious losses. Reportedly, 21 servicemen of the LNA were killed, while several dozens of others were wounded and taken to hospitals in the cities of Ajdabiya and Benghazi. At the same time, about 30 fighters of the Benghazi Defense Brigades lost their lives in the fighting, 40 others were wounded and taken to a hospital in Misurata.

As the Sky News Arabia TV-channel reported, currently, the government army conducts an offensive on the town of Bin Jawad, located 35 km to the north-west. The fighting in Bin Jawad lasted until the evening, however, its results are still unknown.

The LNA counteroffensive was launched along a wide front, stretching from the Mediterranean coast to the oases of Ouaddan and Jufra, located 220 km to the south of Sirte city. After the defeat in Ra’s Lanuf, remains of the units of the Benghazi Defense Brigades moved to Jufra and the west of Sirte. Here, they were bombed by the LNA air power several times.

In early March, about 1,000 Islamist militants of the Benghazi Defense Brigades managed to capture the Al-Sidra and Ra’s Lanuf oil terminals, which were controlled by the LNA. The Government of National Accord in Tripoli, which competes with the LNA, condemned the attack and declared its non-involvement in the terminals’ seizure.

The Al-Sidra and Ra’s Lanuf oil terminals are the largest in Libya, their total potential throughput is about 600,000 barrels per day. However, they constantly “pass from hand to hand,” and do not function officially even when they are under Haftar’s control, as the LNA-backed government in Tobruk is not recognized by the UN and is under sanctions.

Will remind, Libya remains a divided country after the civil war and the assassination of “Libyan Arab Jamahiriya’s leader” Muammar Gaddafi in 2011. At the moment, the Government of National Accord, recognized by the UN, controls only the region of Tripoli. The east of the country is controlled by the LNA of Marshal Haftar.