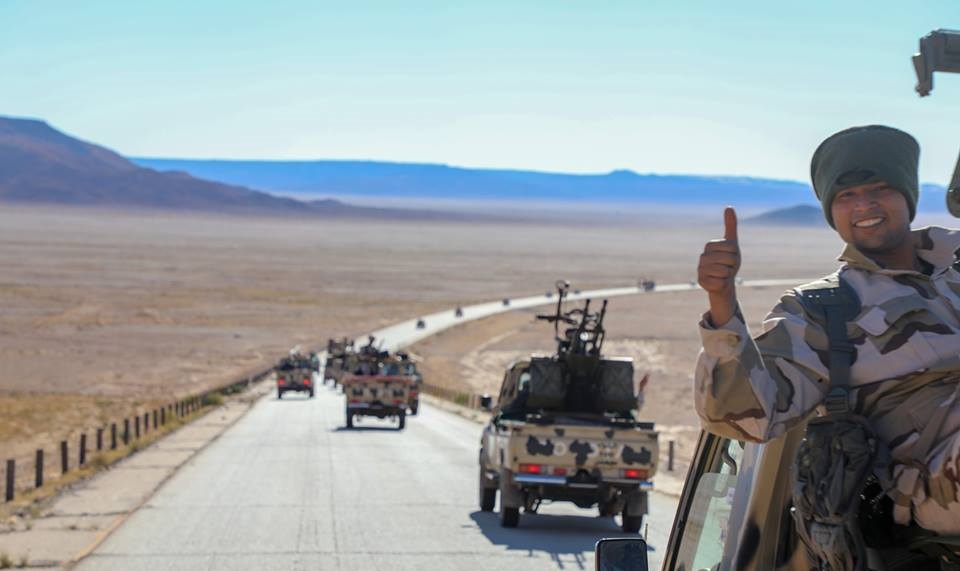 On December 6, heavy clashes broke out in southwestern Libya, when the Libyan National Army (LNA) launched a surprise attack on a military camp controlled by forces loyal to the Turkish-backed Government of National Accord (GNA).

LNA troops attacked the Tendy camp in the morning. The camp is located near the town of Awbari‎, at least 964 km south of the capital Tripoli. Col. Muhammad al-Hasnawi is reportedly leading the attack.

A spokesman for the GNA’s Sirte-al-Jufra operations room, al-Hadi Dara, told Turkish state-run Anadulo Agency that the LNA’s attack was quickly repelled by the camp’s forces. A pro-GNA warlord named Ali Kanah is commanding the camp.

“Haftar’s [Commander-in-Chief of the LNA] militia attempted to storm Tendy camp [formerly known as the commando camp], but the army [GNA] forces foiled the attempt,” the spokesman said.

Dara’s claims were denied by Khaled al-Mahjoub, Director of the LNA’s Moral Guidance Department, who told Sky News Arabiya that the Tendy camp was captured.

According to al-Mahdjoub, the LNA is working to secure the southwestern region to prevent terrorist groups, including al-Qaeda, from entering the country. The region is indeed infested with al-Qaeda and ISIS remnants.

The LNA and the GNA agreed on a ceasefire in June. Until now, the two sides have been engaged in more or less constructive peace talks. Today’s attack may hinder these efforts.

The LNA’s surprise attack on Tendy camp may have been provoked by the Turkish military buildup in Libya. In the last few weeks, Turkey stepped up its arms shipments to GNA forces and made preparations to deploy additional Syrian militants in the country.

The problem here is that the bitches on both sides, have more than one “sugar daddy” each…. It is not hygienic, but helps war efforts more convincingly. Players who bet on both sides, do that because they hate to lose.

Haftar agreed to stay in his territory as of the signing of the agreement. One side stays in the west, while the other stays in the east. Then, there should be one Libyan government ready by December 2021.

An escalation like this or “crossing-over” into a territory would be bad for the peace process. If both sides stay in their desired spots, I think things would go well for the election and transition, as compared to what happened in early 2019.

This is just my personal opinion, though.

Haftar is a known CIA stooge, and the so called GNA are known stooges of Killary Clinton’s State Department. It’s evil versus evil.

So Haftar really imagined Erdogan wouldn’t colonise Libya? He really took five months to realise that Erdo can’t be trusted? Some leader he is.