According to the latest hackers’ report, the US National Security Agency has managed to intervene in the financial systems of Middle Eastern and Latin American countries. 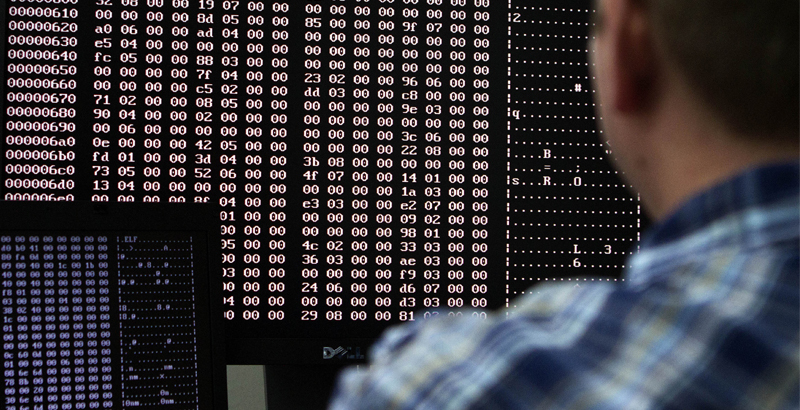 Hackers of the Shadow Brokers group have revealed documents, according to which US intelligence could intervene in the financial systems of countries of the Middle East and Latin America, the Reuters news agency reported.

As a cyber security consultant, Shane Shook, who helped banks investigate violations of their SWIFT systems, told the news agency, the hackers’ release included a computer program code, which can be adapted by criminals to break into servers of the interbank financial messaging system in order to monitor the activity of credit institutions.

Reuters noted that some documents, released by the hacker group, have an official seal of the US National Security Agency. The agency cannot confirm their authenticity. A subdivision of the US intelligence service has not commented on the information so far.

The SWIFT press service told Reuters that at present they do not have evidence of illegal access to the system.

According to Shane Shook, the data, published by hackers, may be a reason for new frauds like those that took place in March 2016 in Bangladesh, when computer trespassers tried to get $951 million out of the account of the country’s Central Bank. The most part of the operations were blocked, but $81 million was transferred to the accounts in the Philippines. Investigators suspected that hackers from Russia, Moldova and Kazakhstan were involved in the theft of money.

The AP news agency noted that the US National Security Agency could have compromised work of the Dubai office of the EastNets Company, which specializes in combating money laundering and provides financial services.

The founder of the Comae Technologies Company, Matt Suiche, who monitored the Shadow Brokers in 2016, wrote in his blog that the US National Security Agency managed to hack thousands of computers and accounts of EastNets employees. According to the company’s head, the purposes of US intelligence officers were banks in Kuwait, Bahrain and Palestine.

Why the United States frighten India with Russian hackers? The US has firmly established itself in South Asia and continues to actively cooperate with India as a key player in the region. Against the backdrop of bilateral cooperation enhancement, the Americans are trying to establish cooperation in sphere of information and communication technologies. The first steps in this direction have already been taken such as a number of agreements in the field of cyber security. And next moment the US offers assistance to organize protection from….. Russian hackers! But how is that possible? What’s their business with India? According to the opinion of Americans that, the reason for cyber-attacks may serve as discontent of Moscow with the foreign policy of New Delhi. As evidence of their arguments, Washington may «furnish» with information to the Indian side that Russian hackers are preparing a cyber-attack against the leadership of the state or important infrastructure facilities. Given the US ability to carry out cyber-attacks on behalf of any country, such a scenario is quite predictable. Previously Washington repeatedly accused Moscow for setting up cyber-attacks on servers of US and EU government agencies, as well as Defense corporations, scientific centers, just as access to personal data of civil servants, and also it should be mentioned that Washington accused Moscow for cooperation with Chinese hackers and «Cyber Caliphate» group, who act as hackers from “Islamic State”. And so, to “neutralize” the threat from the cyber-units of the Russian Special Forces, Americans provide assistance to the Indian side. For this purpose it is necessary to conclude a number of implicative additional agreements, that means US access to India’s information resources, which in our age of high technology are equivalent to the loss of the New Delhi sovereign. In fact, the US purposefully exploits theme of Russian hackers in order to expand cooperation with India in the information sphere and gain access to its information resources.