Militants of the Kamuina Nsapu group have beheaded 40 policemen in the Democratic Republic of the Congo. 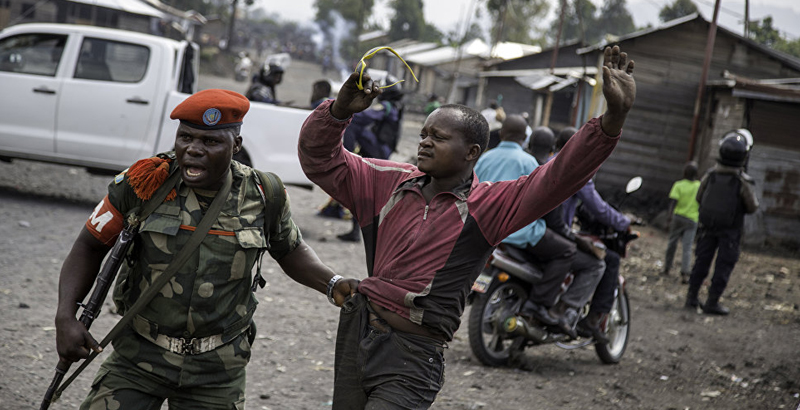 A group of armed people has attacked the local police in the Democratic Republic of the Congo (DR Congo) and beheaded 40 policemen, the Reuters news agency reported.

As a representative of the local authorities, Francois Kalamba, told the news agency, the militants of the Kamuina Nsapu group attacked policemen on Friday, when they were traveling along a road, located between the settlements of Tshikapa and Kananga.

“They were apprehended by the militia members and they decapitated about 40,” Kalamba told Reuters. He also noted that witnesses said the fighters spared the lives of six police officers because they spoke the local Tshiluba language.

The news agency added that the militants also stole weapons and a car from the police officers.

According to local officials, it was the deadliest attack on police since an insurgency erupted in the region last year.

As the news agency noted, the insurgency, which has spread to five provinces of the country, poses the most serious threat yet to the rule of President Joseph Kabila, whose failure to step down at the end of his constitutional mandate in December caused a wave of killings and lawlessness across all the state.

Soon they will come to Europe. Behead Merkel please!