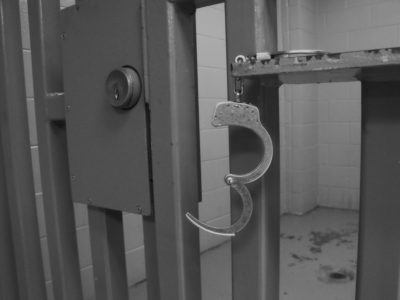 This article originally appeared at Moldnews, translated by Greg Butterfield

The Rascani Sector Court in Chisinau ordered 30 days detention for former parliamentary deputy and honorable member of the Parliamentary Assembly of the Council of Europe Grigory Petrenko.

The decision was made on Tuesday, September 8. The judge complied with the prosecutor’s request.

“The Court did not explain its decision. We will by going to the Appeals Chamber. The decision shows that the government is in distress; this gesture shows the authorities have no respect for the right to protest,” said lawyer Anna Ursachi.

A group of eight protesters, headed by Grigory Petrenko, was arrested by police on Sunday, September 6, after a demonstration in front of the Prosecutor General’s Office and attempts to pitch tents in front of the public institution for a peaceful non-stop protest.

Subsequently, on the evening on Monday, September 7, several groups of armed masked men burst in and searched the homes of Grigory Petrenko and his wife’s parents, as well as the office of his party [Red Bloc] and the home of another detained protester, Mikhail Amerberg. The searches took place without a lawyer present.