On November 29th, Greta Thunberg, along with two other climate activists – Luisa Neubauer and Angela Valenzuela published an opinion piece titled “Why We Strike Again,” which essentially admits that the struggle to save the environment, as a side effect includes destroying the existing political and economic system.

“On the next two Fridays, we will again take to the streets: worldwide on November 29, and in Madrid, Santiago, and many other places on December 6 during the UN climate conference. Schoolchildren, young people, and adults all over the world will stand together, demanding that our leaders take action – not because we want them to, but because the science demands it.”

Justified by “science,” the current world order must go, and it should go swiftly, because “there’s not even one day left to lose.”

“That action must be powerful and wide-ranging. After all, the climate crisis is not just about the environment. It is a crisis of human rights, of justice, and of political will. Colonial, racist, and patriarchal systems of oppression have created and fueled it. We need to dismantle them all. Our political leaders can no longer shirk their responsibilities.”

In the “green activists” language, the world order means any society with traditional values, i.e. men are men, women are women, the family is an alliance between a man and a woman, including the upbringing of the next generation.

In addition, environmental activists often urge to refrain from having children – also in the name of saving the climate. Moreover, among young people in Anglo-Saxon countries, where propaganda of this kind is working at full capacity, these views are becoming increasingly popular.

“Racist and colonial systems” are societies in which certain ethnic or racial minorities earn less than most on average. A great example of this pseudology is Europe, where the following position is quite common: the only reason migrants more often commit crimes and earn less than local residents is racism and xenophobia of the local residents themselves.

There is no other reason, period.

According to the logic of Greta and her colleagues, they just need to fight with them to save the climate of the planet.

It should be mentioned that activists strongly support replacing all internal combustion engine cars with electric cars. None of them, Greta included, mention that the extremely vital component for electric cars is cobalt. The one for Tesla, for example, is mined by African children in the conditions of slavery.

That doesn’t matter, however, since it would save the environment, plus it’s outside of the area where the world order is formed, i.e. Europe and the US.

Greta Tunberg’s manifesto is in tune with another important document, which has been included in one way or another in the program of one of the US presidential candidates from the Democratic Party – “New Green Course” by young Congresswoman and Socialist Alexandria Ocasio-Cortez.

The publication of this document in the United States turned into a scandal, because in the accompanying materials the Congresswoman’s team admitted that this is not an environmental program to save the climate, but a political program under the guise of ecology.

The United States has not yet begun to implement these plans because of Donald Trump, who is probably aware of the general direction of how things are moving along: the more Democrats advance the idea of banning meat, planes and oil, the more likely voters will vote for him again.

In the EU, there is an issue, since the new head of the European Commission, Ursula von der Leyen, is already promoting her own version of the Green Course.

“McKinsey gives the most serious warning when it comes to Germany’s increasingly unreliable energy supply because of its strong dependence on intermittent solar and wind generation. For three days in June 2019, the German power system was approaching a blackout.”

The consequences of the “green agenda” reached the biggest car manufacturer in Germany and a source of pride for all of the country’s citizens.

“The owner of Mercedes-Benz, Daimler, and Audi (the Volkswagen brand) has announced the loss of more than 20 thousand jobs, which was the first real sign of the enormous human cost of moving the industry from internal combustion engines to electric cars,” Financial Times reported.

Daimler said it would cut over ten thousand jobs in the next two years, and thus the owner of Mercedes-Benz added to the devastating series of job losses in Germany’s automotive industry. Loss sales and profits are driving a major restructuring of the entire industry. This year a loss of 50,000 jobs was announced.

If this continues, the entire system will, sooner or later, collapse. Those who will have a job aren’t those who work, but rather those who protect the rights of minorities (which isn’t to say it’s wrong), and those who are looking for subsidies for ineffective technologies, which are currently producing at a loss, such as electric cars.

She definitely looks to have a western intelligence derived mental illness.

She is only a human shield for all Soros`and Rockefellers behind this campaign. Who dares to attack a young handicapped girl and her noble goals? In her speech at the UN climate action summit she begins: “My message is that we’ll be watching you.”

Agenda 21/2030. The rounding up of humanity – re-zoning of lands. Enter “Hunger Games” IRL

Anti-parochialism. All the adults in the world have their heads to the ground in deference to this 12-year-old trash. Unless you’re jewish, in which case it appears you bow to the ancient male gods soros, rothschild and rockerfeller.

We’d better do nothing, just to play it safe and avoid appearing to collude with these folks.

Wind farms are a joke, subsidised first and foremost by stupidity but more importantly by the extra carbon emissions generated when oil and coal fired generators run at 20% capacity in the background produce more emissions than they would if ran at 100%. The reason for this stupidity is because oil and coal generators need to be able to take up the slack when the wind is either to strong at which time the propellers have to be feathered. Or, when the wind is unable to turn the props. The Turbine manufactures also get a subsidy of 54% per turbine while the entrepreneurs who install them get grants up to 45%. And of course Wind Farmers get paid the average of their wind power production when not operational because of too much or not enough wind. As I said in the first sentence Wind Farms are a joke, a very sick joke especially when you consider all those who charge their Tesla crap do so mostly from electricity that has been generated from oil and coal fired generators…Lol

n a
Reply to  Redadmiral

That’s why it’s not the only alternative.

What’s so wrong with alternative energy? Trump isn’t exactly a friend of it.

Elisabeth Jenders
Reply to  n a

Wind does not always blow, sun does not always shine, so they are not relieable. Storage of energy is not solved, unless more raw materials like cobalt, lithium etc. were available – which they are not. Electric energy has to be produced when it is needed, and this can only reliably be done with conventional ressources, including nuclear. An exception is hydro power, using staedy river flow or tide levels – only working in appropriate regions.

n a
Reply to  Elisabeth Jenders

It doesn’t change the fact that we shouldn’t pollute. Coal is probably one of the worst. You can’t have electric energy on a dead planet either.

Tommy Jensen
Reply to  n a

Coal and oil don’t have to “pollute” as engineers can make any filters you want.

The problem with alternative energy is it is unreliable and expensive energy which set the country on hold and make it poorer with mass unemployment and chaos.

Thus it has nothing to do with pollution but a political agenda to impoverish and controle nations.

n a
Reply to  Tommy Jensen

And where are those filters? Oh that’s right, NONE. Your corporate buddies haven’t done a thing about that and your pal sure as well won’t. Sadly neither has China nor India. Not all alternative energy is wind and solar. Also you can’t have jobs in a dead planet either. A Green new deal would also make these things more affordable. Btw, Jesus ain’t gonna save ya.

a new saint for all humanity…..come on she is a joke. she has no knowledge about what she is talking about, she just attacks western civilization. she never ever mentioned India or China the worlds most polluted-polluters in the world.

Our planet is completely polluted, and it wont be better until we hang all those doing it.

More attention needs to be given to the threat of nuclear extinction. World war could break out at any time, as history warns 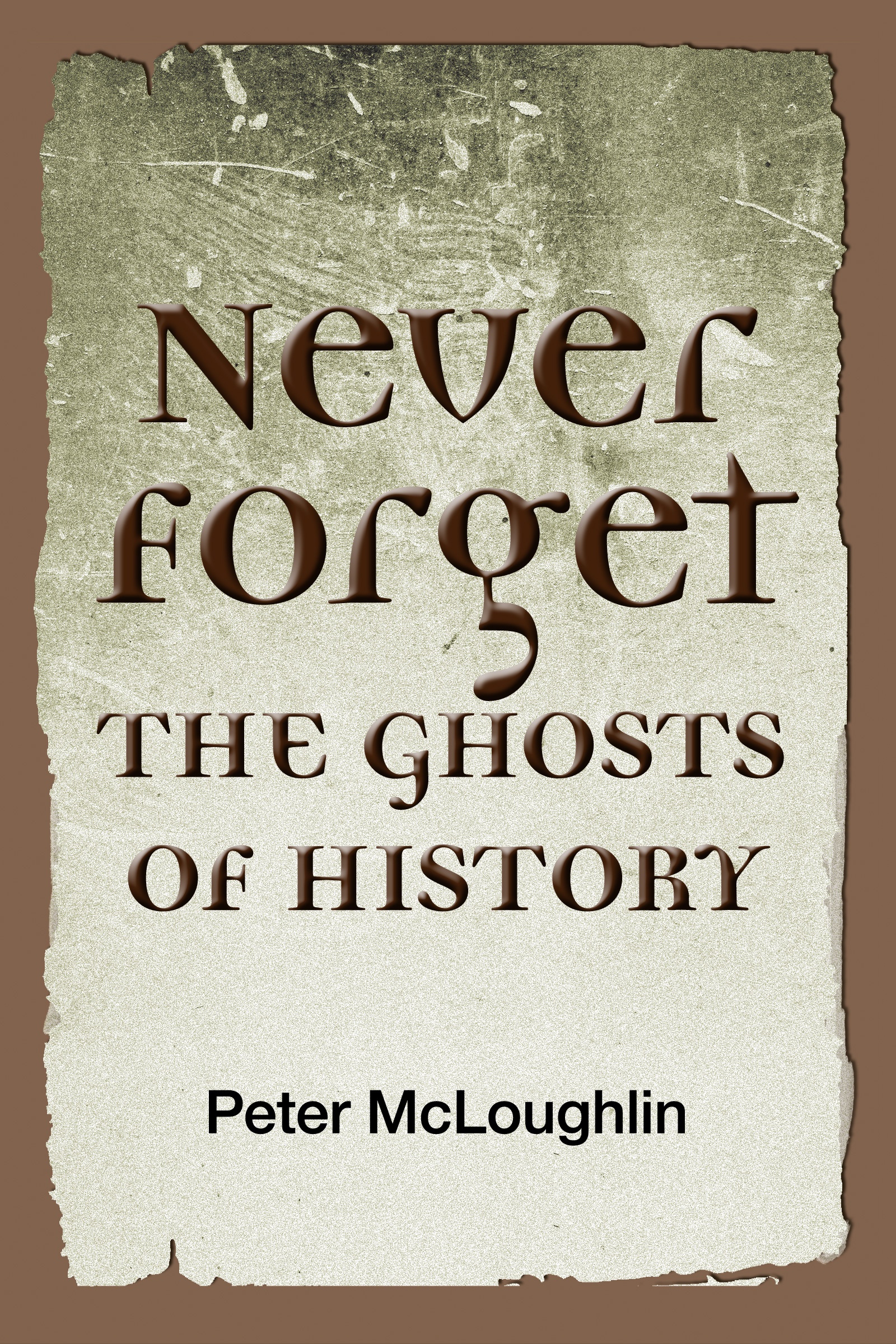 I’m all for “colonialist, racist, and patriarchal” society (oops… “systems of oppression”).

Look up SOPH on Bitchute for an alternative view