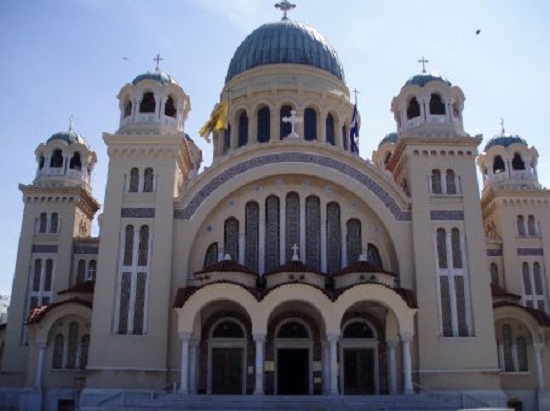 Between August 26-28th, Athens hosted the Permanent Synod of the Church of Greece, with church media claiming that the Ukrainian issue would be on the agenda.

The source said that a final decision could only be taken when in October the highest Hierarchy of the Greek Church meets.

The two commissions were created to study the legality of granting autocephaly: on canonical problems and on ecclesiology.

“Both commissions have objections, serious objections to the question of whether it should be recognized. And each explained the reasons,” the source said.

The source noted that there was nothing positive in the Patriarch of Constantinople requiring recognition of autocephaly for the OCU.

A synod of hierarchs with the participation of all 80 metropolitans will have to decide whether to recognize the Ukrainian schismatics, he added.

“I think, however, that there are very few Greek metropolitans who recognize the schism,” the church source said.

According to the source, the priests of Epiphanius (the head of the OCU) were not ordained: they did not have ordination, they do not have apostolic succession. The patriarchate of Constantinople should solve this problem by convening a pan-Orthodox synod on a single issue – Ukraine.

He also noted that “a lot of pressure” is being put on the Greek Church.

“But Archbishop Ieronymos II is a diplomat and I’m sure that he will find ways to avoid this,” the source concluded.

Close to 9 months after the tomos of autocephaly was granted, there is still not even a signle Orthodox Church besides Constantinople that recognizes the OCU.

The more time passes and the cracks in the structure appear. This is further reinforced by the claims of Patriarch Filaret of the Ukrainian Orthodox Church – Kiev Patriarchate (one of the fouding entities of the OCU) that the OCU is essentially split within itself and it is imploding, with the entire situation seeming simply like a political play, as well as a play to gain more followers by Ecumenical Patriarch Bartholomew of Constantinople.

According to Filaret, and by simply being quite obvious, it is becoming clear that Bartholomew’s influence is waning over the Orthodox world and he is desperately attempting to “adopt” the OCU under Mother Church’s “wings” so that he could continue having a semblance of power.

The non-canonical OCU, wishing for independence such as the ones that Greece, Serbia, Bulgaria have, is attempting to rush the process, which is being quite obviously and evidently abused by Ecumenical Patriarch Bartholomew. The OCU, similarly to Ukraine’s “young democracy” is attempting to skip many of the steps, which lead to adverse side effects, which have been surfacing for a while.

The truth of the matter is that, it is quite difficult to really receive independence and create an ‘independent canonical church’ from puppet non-canonical entities.

The Anti-Christ has been succeed in weakening the orthodox church so far, but of course those who support the split are going to end up in the ever-lasting fire of hell.