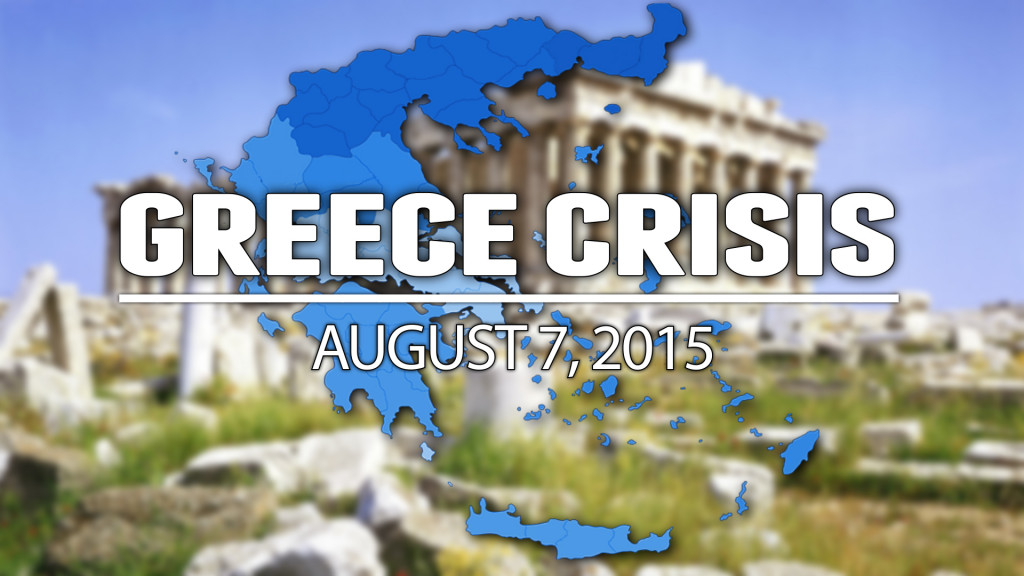 The article prepared by Viktor Stoilov exclusively for SouthFront

After long and dramatic negotiations the situation in Greece is now clear. The country will remain in the Eurozone and the banks opened again. We should start with the fact that SYRIZA didn’t come with the promise that Greece won’t repay its debt, but that they’ll fight with the draining of the Greek’s financial and economical blood of in the forms of new and debts which are rising all the time in a closed magical circle. The renegotiation of the debt meant two things. First, that this debt cannot be paid back which means that it could be reduced or rescheduled. Second, to get interests and financial conditions which will make the debt repayable. The debt loop around Greece is built in such a way that the country looks like a drug addict. In order to avoid abstinence, the country has to receive new and new loans, which are draining more and more its economy. The offers by the IMF and the mainly of the so called European group – an “odious and illegal” organization as Varoufakis called it isn’t pointed out or regulated in the European act, are leading to only one thing – Greece will not be able to pay its debt and will get robbed. The ports will be taken, the industries as well, but foremost the Greek economic expansion on the Balkans will be impossible, an opportunity that was possible in the 90s and early 2000s. Now, the country will be distributed to its creditors.

How much does Greece cost?

After a series of drama and negotiations it is clear that the creditors will rob Greece for a bag of potatoes. But what’s the real price of this legendary European territory?

And to sum up all of this, the IMF wants to buy the whole country for €340 billion. And if that isn’t called a robbery, then what is it?

A pessimistic overview which unfortunately is true. Tsipras had an ultimatum and he had two options: to accept the offer by the Troika, which he did, and Greece to get robbed. The second one was to deny the offer, and Greece to get out of the Eurozone. From that point the situation would have turned from economical to geopolitical. The question was, if Greece exits the Eurozone, who were they going to turn to – Russia and China, the USA, or some other big world power.

Being all honest, although all the turning points and curves, the nature of the relationship between Greece and the European Union is that Greece is in an European jail waiting to fall apart. It cannot even get an overhaul, it has to be ruined to its foundations.

However the relationship between Athens and Brussels develop in the future, the nature of the problem won’t change – Greece is only one of the segments of the crisis of the global debt-based liberal banking capitalism. Because of that we can predict from now that it can easily evolve into a full-scale revolution in the future. If we look into the root cause of the problem, this is a natural problem for all Western countries, even far beyond the extent we see in Greece. All those economies have been given huge loans multiple times.

In order to understand the situation we have to take a closer look of the categories of countries which are getting loans:

Lately, the Western economies switch from the second to the third category where we find Greece today. They chose Greece in order to hide a bit from this hard and painful reality and to save the “building” which foundations have been devastated.

If we follow some kind of logic, we should be looking for some kind of solution and somehow reduce the debt. This can be achieved through two separate paths:

If our contemporary capitalism goes through the first path that would mean an absolute suicide, because it is based on infinite money printing, millions of unsecured loans, bubbles, derivatives etc.

If it turns to the other road it will again mean a suicide because that will mean to go against its nature – something which is against the principles of the Zionist-Anglo-Saxon’s model. The dictate of the West is based on interest, the dollar, and the euro. It’s not by chance that the biggest enemies of the bankers are those who live on their own without taking their loans like Russia and China.

But still, to believe that Greece is finished for the West is not completely true. Before that we had the example with Iceland which took the right way – nationalization of the banks, and sent all bankers in jail. Tsipras didn’t have the guts to do those steps which could’ve been the following:

But no, he didn’t have the courage to do so, and now Greece is left in the devastated jail.