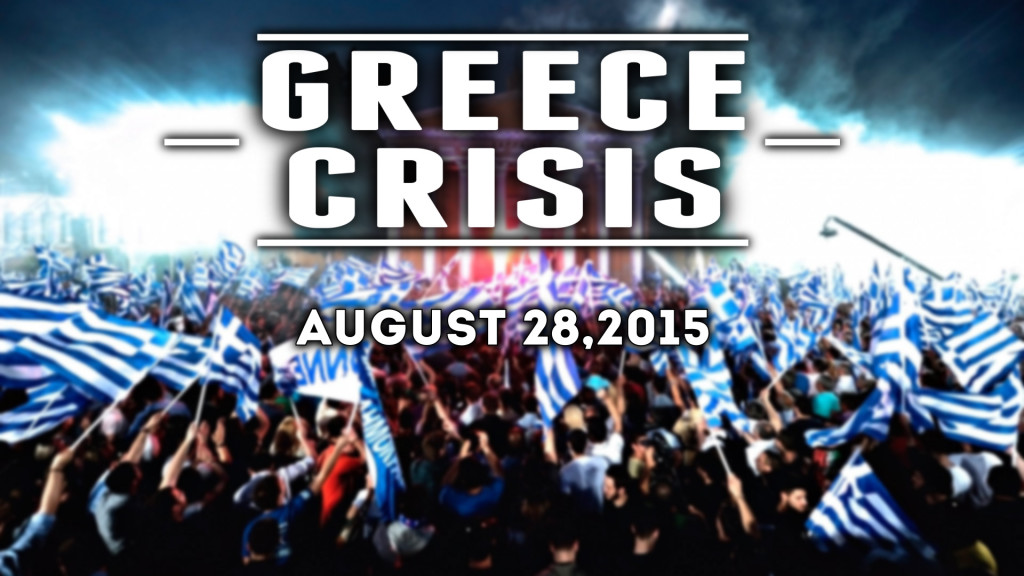 After the long-waited bailout deal was finally approved, and Greece received 86 billion euros, new waves of drama started to arise in the Balkan state. Again, the main character is Alexis Tsipras who decided to resign on the 20th of August, after only 7 months in office.

The event followed, long discussions and arguments in the Greek parliament. Tsipras’ Syriza party split into two parts and the New Democracy party said that they’ll not support Tsipras anymore. New elections may take place as early as the 20th of September with no signs of a political stability for Greece in the near future.

But Tsipras wasn’t done and backed his new financial minister, and criticized the former one, the one and only, Yanis Varoufakis which sparked new waves of arguments in the politically and financially-torn Greece.

The ‘icing of the cake’ was Tsipras saying that his new intensions are to get an absolute majority in the elections which we’re not likely to see after he went against and betrayed 60% of the population which voted with ‘OXI’ (‘NO’) on the referendum, and didn’t want to hear about bailouts and austerity anymore.

While more and more politicians are trying to take advantage of this situation and take a seat in Greek’s ‘hot throne’, foreign companies are starting to acquire key industries of Greek’s economy for almost nothing. Azerbaijan’s state-owned oil company SOCAR had confirmed its interest in acquiring a stake in Greek gas grid operator DESFA. That offer shook the European Commission which was quick to raise its concerns about the deal. This action of the EC perfectly displayed the intensions of the ECB, IMF and countries like Germany who want to acquire most of Greek’s assets for two loafs of bread and a kilogram of tomatoes (preferably Greek, again).

Bad times have come for Greece and its people, and the new elections don’t seem to give light in the end of the tunnel.