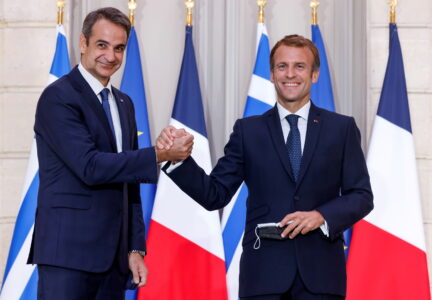 Signing of Franco-Greek Agreement is the beginning of supplanting NATO in Europe.

Of the 30 NATO member states, Greece is one of the few to spend well over 2% of its GDP on defense as agreed upon by NATO Defence Ministers in 2006. However, Greece’s high spending (relative to GDP) is not because it is positioning itself as a buffed-up military state opposed to Russia, as per the aims of NATO, but rather to defend itself against the threats of another NATO member, Turkey. With NATO consistently downplaying Turkish aggression against Greece and the new AUKUS pact creating distrust between the Anglosphere and the Europeans, Greece has ensured new extra security assurances against its long-time enemy.

Greece’s strengthened partnership with France highlights that the immediate consequences of the AUKUS alliance are already being felt as the two countries are making the first serious steps towards a Europe independent of Washington.

Alexis Papahelas, one of Greece’s top journalists, explained that the Franco-Greek security pact is Macron’s “revenge” against the Americans as it will strengthen European autonomy. He also confirmed persistent rumours that a defensive pact between France and Greece was almost reached last year, but ultimately broke down at the last minute for “unknown reasons.” 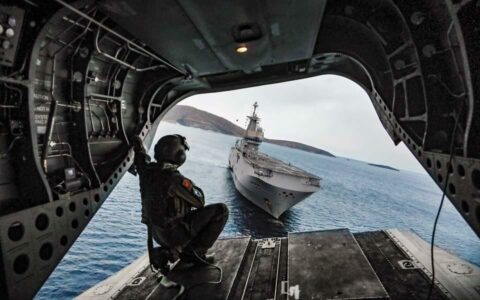 To put the situation in context, Greece for a year and a half-received bids from six countries, including France, the U.S., and UK for brand new navy frigates. The finalization of a deal was continuously delayed due to Greece’s insistence that a frigate purchase must include a defense agreement. Greece signed a 12-month Mutual Defense Cooperation Agreement (MDCA) with the U.S. last year, but ultimately did not decide on which frigate bid to accept. With negotiations for a Franco-Greek defence pact last year stalling, Athens ultimately decided to sign the MDCA with Washington. This was rumored to be partially motivated as part of negotiations to pressure the French to accept Greek terms. However, with the sudden emergence of AUKUS, European trust in the Anglosphere quickly diminished and thus galvanized Franco-Greek discussions on European independence. And finally, a deal to purchase three brand-new French Belharra-class frigates was stricken.

For his part, Mitsotakis said on Tuesday morning at the signing of the agreement that: “It is a historic day for Greece and France. Today’s development is an initiative that responds to the demands of the times on our continent. It paves the way for an autonomous and strong Europe of the future. Whether there is a timetable for creating a European army: the debate on European military autonomy evolves. Options such as this corporate defense partnership move to this central strategic choice.”

Effectively, Greece and France are advocating for a pan-European military that would likely drive out NATO as the premier defensive pact in Europe.

Another demonstration that this pact is aimed at supplanting NATO is its careful wording. Although Turkey was not mentioned explicitly, there is little doubt that part of the motivation for the Franco-Greek defense pact was Turkey’s unilateral aggression in the Mediterranean.

Even just minutes after the signing of the Franco-Greek agreement, former Dutch diplomat Fons Stoelinga tweeted: “EU autonomy in security and defense. NATO still does not address the problem of NATO-member Turkey destabilizing the whole Eastern Mediterranean region. France and Greece now react and signed a security bilateral pact.”

The mutual defense assistance clause of the agreement ensures that if Greece or France is attacked on its territory, the other will come to assist, even if the attacking country is part of other alliances, including NATO. This is an obvious message directed towards Turkey, a NATO member that on a daily basis violates Greek airspace and threatens to invade its Aegean islands. These violations and threats receive no repercussions from NATO as individual members are unwilling to risk their economic relations with the country, whilst many NATO leaders still believe that Turkey is a bulwark against Russia.

France for most of its modern history, but especially galvanized under President Emmanuel Macron, had the ambition of creating a more independent Europe. The European experience under former U.S. President Donald Trump and the recent snub from President Joe Biden with the AUKUS debacle has only increased the urgency of achieving European independence from Washington. Despite this ambition, as well as warning Europe that it will become secondary in world affairs if it does not become independent, it appears that France can finally kickstart its project alongside Greece. 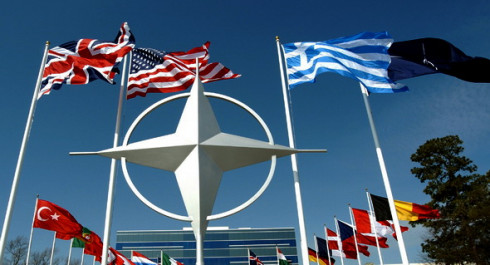 Achieving EU unity is a difficult prospect because minnow states like Lithuania prioritize the interests of Washington rather than the continent, but as Paris and Athens have shown, they will move ahead in changing the geopolitical balance in the Mediterranean and will not wait while member states continuously bicker amongst themselves on foreign policy issues. If France and Greece can create strong foundations for an independent Europe, it will only be inevitable before more EU member states become interested in also being integrated into a continental structure that is independent of transatlantic alliances.

Interesting that there is another alliance according to media: Sweden,Poland,UK,Turkey and Romania

Romania will be with Orthodox brothers.

The sub failure was France’s fault. They more than doubled the agreed price. Then changed its forecast for the subs to be built by an extra 10 years. The Aussie PM went to France to fix this but it was met with zero motivation by Macron! France is not a reliable partner. France was the spearhead of the EU which later became an entity controlled more so by Germany. France is done! France is no longer independent and is not calling the shots anymore for itself due to EU politicians. The USA and UK need naval bases near its new enemy China. Australia is that base. These bases must be able to service and dock nuclear subs and ships! Its no different to Russia upgrading Syria’s ports to house their modern navy fleet. Australia being an island nation with vast oceans surrounding it, it is completely pointless to have conventional subs. They are slower and cannot house high end weapons due to space needed for fuel and batteries. Food is always a reason to surface a nuclear sub in a safe place but imagine having to surface for fuel, air, food and weapons loading because u dont carry many weapons because u have a conventional sub! Also Australia already has a nuclear reactor so there is no need to get upset over this. Australia could have had nuclear weapons as far back as the 1960’s when the Brits had them since they were testing both rockets and nukes in Australia. Australia has by far the worlds largest Uranium stores and the NNPT HQ is in Melbourne Australia! The true reason for China being upset is because CHECK MATE!

Lets not forget that the EU (along with Soros) announced a few years ago that they wanted a European Army / military! Why would they need that when NATO already existed? This occurred around the time Brexit was being voted on. The lines are changing! Europe is no longer independent. The EU and the Vatican is aligned with China! You will start to see enemies become allies. Old traditional allies become allies once again.

Now if the Germans will get their nose out of Erdogan’s butt, we would have something… however, unlikely as the Turks in Germany breed like rabbits but the Germans don’t….maybe after Merkel is gone….

It is time for the European Army to become a thing.

No, it’s high time that the Fascist oligarchical abomination known as the EU disappears off the face of the map.

And the Crusaders to rise!

Hopefully the French won’t betray the Greeks the way the AUKUS did to France.

The way France did to Russia too. Dont forget to add that one in.

France, why not joining CSTO instead NATO ?