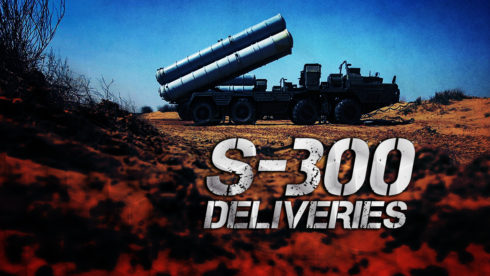 According to the Greek media, Washington proposed Athens to transfer the Greek S-300 and Tor-M1 air defense systems to Ukraine and replace them with modern systems of NATO standards at the expense of the US military assistance. Athens reportedly accepted the deal and the negotiations with Washington are to begin in the near future. 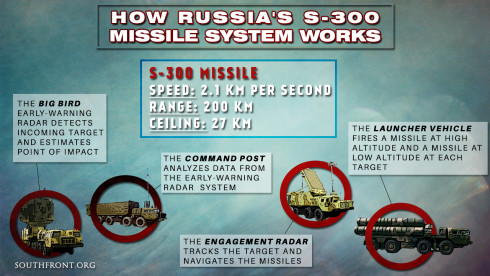 Athens has reportedly accepted the American proposal, triggering a radical change in the air defense structure of the Greek Armed Forces, which is becoming crucial amid Turkish threats and the in-depth integration of UAVs into provocations against Greece.

Earlier, the proposal of the Ukrainian military to get Greek air defense systems in exchange for their maintenance in Ukrainian facilities was rejected for two main reasons. Firstly, because Russia still maintains the End User license agreement, which means that Greece cannot export this industrial product to a third party without Moscow’s permission. Moreover, it is not at all clear whether Ukrainian factories are able to undertake such a project while the country is still at war.

Secondly, Greece cannot create gaps in its air defenses, especially if there is no possibility to replace them immediately. These arguments have also been fully understood by the Americans.

Through the FMF (Foreign Military Financing) financial tool, in addition to American systems that will replace Russian weapons, the gradual renewal of the helicopter fleet of the Greek Army, the Air Force and the Navy may also follow amid the military cooperation between the two countries, Greek sources report.

It is not clear which systems will replace the Russian-made anti-aircraft systems in Greece. Athens is being pushed to get rid of Russian air defense systems due to the impossibility of their normal maintenance under the conditions of sanctions imposed against Russia.

This is not for the first time, the United States has used a similar scheme of arms supplies to Ukraine. Soviet and Russian weapons are bought or exchanged for Western systems, and the purchased Russian weapons are delivered to Kiev. With a high degree of probability, the US deal with Greece will be a success, because being a member of NATO, Athens will accept any conditions laid down by Washington.

Just the thing to do when tensions with your old enemy is reaching spill over point and your own country is broke.

There is no national sovereignity left in Europe. They are puppets of the EU and the EU of the global cabal.

UN is a cheap US bitch

Russia already destroyed NATO shipment to Ukronazistan in Greece before it arrived in Ukraine (back them nobody called article 5, nobody nuked Russia). To do it a second time will be easier, as you now have more experience. So be a man and do it again.

tsirlipipi
Reply to  UN is a cheap US bitch

lol what? when? never happened

lol you idiot that has nothing to do with the Greek equipment…read the article moron and then use your farting mouth better!!

lol you retard homo dick sucker, do you read that all 8 crew members were ukroshits ? Do you, fart-brain ? So, it’s so hard to understand that there was a CIA COps for Ukropizdan, motha fucker dipshit nazi ?

Vadrako
Reply to  UN is a cheap US bitch

Dont be ridiculous, that never happened and I am surprised that many other idiots believed it and up vote you. lol.

the fact that you and other suckers thinks like that shows that the GRU did an excellent job. Slava Russia!

If Greece can not use their Russian air defense systems due to the impossibility of their normal maintenance under the conditions of sanctions imposed against Russia, it would be easier for Ukraine to do it?! 🤣

CentralAsianStudies
Reply to  EU must not be USA slave

Well Ukraine did have the tools to maintain these systems. Key word is did. Many of those tools are now lost, stolen, scrap or other. Ukraine still has lots of missiles for these launchers that are Decades old. I say send them. With poor condition of launchers and missiles due to months and years of neglect, they might fail and self-destruct.

It’s highly unlikely that this deal will be fulfilled in the near future to make any difference in the battlefield, as nato weapons should be delivered before the old russian systems are transferred to ukraine. Furthermore the end user licence suggests that russian should agree with the transfer (something impossible). Don’t forget that s300 systems were originally bought by cyprus and then sold to Greece. So Russia has some leverage on that issue These problems were not present when greece sent its 60 year old BMP-1 to ukraine as they were german made and easily substituted with American newly arrived M1117

Exactly why Russia should NEVER have sold the weapons to a NATO country at all but for some reason Russia likes to play stupid games ( Witness Turkey).

The Objective
Reply to  NDR7652

Erdogan wants peace with Russia but Putin wants to continue subjugating the Muslim communities Erdogan wants to liberate. So, naturally, the Russia will face Turkish bombs and missiles in different battlefields.

There are no negotiations,the US Reich gave the Greek puppets their orders,although i doubt the Greek people are happy with it they have always had good relations with Russians.

They definitely are not happy about this, especially when Turkey is around the corner, threatening Greece with statements like “one night, we’ll pay you a visit”.

Great picture. That’s probably what one of them look like when they conduct an improvised launch.

All Balkan countries owe their freedom to Russia twice. First from the Ottoman Empire and then later the Germans. Is this how Russia gets repaid? Perhaps they would rather be slaves?

For those who know history it’s the damn truth.

The S. 300 system are ineffective against Russia…the know all of this system and be easy destroyed by RAF…

the part were Greece accepted the ofer is made by your fandasy.. its was just a suggestion…not even official one…no way Greece can give the Cypriot S 300

Most Greeks despise NATO and we recognise that since 1974 we only have a regime which is puppet to the west.

Again Greece is getting fuked by the US and the EU. “due to the impossibility of their normal maintenance under the conditions of sanctions imposed against Russia.”

Really? So can you tell me how is Ukraine going to deal with the maintenance of those S-300s? Are you telling me Greece can’t but somehow Ukraine can…how?

“Athens will accept any conditions laid down by Washington.” Turkey bought S-400 systems from Russian and start using them and here we have Greece getting fuked again.

Nope. Greeks like to fuck others even if they get fucked at the same time. Typical hick mentality.

As a Greek just for your information, that was reported here just from one source of media and I cant be sure that its 100% true and even it is it was just a suggestion. Doesn’t mean that Greece will give up this weapons anytime soon or ever.

Greece already refused many times both to US and Ukraine to transfer russian made air-defence systems. Greece currently has some 2 fire units of S-300 each with 6 TELs, radars and command station, 39 OSA-AKM and 25 Tor-M1s. T Those systems are essential for the Greek defence together with the Patriot systems and many officials here, even the chief of general staff had said many times that the russian made systems are crucial and wont give them up.

The only chance to give those systems are IF US or any other western ally give equally number and capabilities western type of air-defences and ONLY if those alternatives arrive first before give up the russian made ones. And as far I know its very hard something like that to happen in the near future because nobody have any of theirs to spare and trade them for the russian made ones that Greece has.

Of course at some point Greece will have to retired them due to lack of spare parts availability(until now they are fully functional) and age.

One thing you can rely on Greeks is they are always traitors. Within 10 years Turkey will occupy Greece. These shitskins deserve to be slaves. And they like to be slaves. Win win for both 😆😆😆

How would you call a country that supplies weaponS to Ukraine and still has significant economic benefits from Russia ? Just call it “Turkey”

There is alot of pressure from NATO and the EU, as well as some ground troops of these global cabalists: Neocon NGOs and the woke movement.

This will do nothing for ukraine and will weaken greece…

When Turkey attacks Greece Russia will just sit back and say nothing. Greece can beg their US bosses for help.

Just wait the moment Greece will be attacked by Turkey. before Italy and France. At that moment, Turks will be stopped only at Scotland’border.

greeks are losers and weaklings

LOL….. Russia has destroyed dozens upon dozens of the uKRAPistani S-300’s —– a couple more divisions sent from Grease isn’t going to be any more difficult to destroy ……… it’s not like the Greasian ones are any more advanced than the uKRAPistani ones are.

Did the other S-300’s that Ukraine had, Latvia, Slovakia, Germany , Poland send work? Are the once great Europeans completely brain dead?

Anti-globalist revolution
Reply to  none

Germany had no S-300. The former East German ones were sold decades ago, idk I think to Poland, Chzechia or to the Balts. Germany did send Gepard Cannon Air Defense vehicles (tanks) (close quarter air defense) though and the very modern IRIS-T (mid range air defense). The long range would be the American Patriot system and in the future the own MEADS system, based in parts on American chip tech though. There is also the OZELOT system, which replaced the Gepards, but they were not (yet) sent to Ukraine.

The rate the EU is disarming itself will go down in history books.

Anti-globalist revolution
Reply to  none

Germany had a conference yesterday with the industry on how to replace their ammunition losses. 9 month into this conflict and they haven’t even yet re-started their production efforts. I, living in Germany, cannot confirm the claims on Slava Z that Germany still has ammunition stocks. The German press reports the stocks are down to 2 days (!) of combat capability (30 days are minimum as to NATO agreements) for the own army (Bundeswehr). Also, the defense industry – which was no. 2 after the US one in the cold war, has been reduced to a shadow after 1989/90 and it would take hundreds of billions and decades to rebuild it. Ammunition for the old Gepard air defense tanks, now given to Ukraine, cannot even be produced in Germany and they want to order new ammunition in Norway but have not yet sent in the specifications. LOL. So they are useless atm for the Ukrainians.

The Greek People support Russia. Just like ALL Western Nations, Greece has been taken over by the Globalists and ZATO. You think voting has any chance of changing anything, just look at America. The Greeks have no say in this matter. Many Greeks I have spoken with detest the support of Ukraine by their government.

They detest the Ukrainian regime, not the People.

Gotta Thank NATO for making this easier on Russia. once hollow, pushing thru ukraine with no one to defend anything all the way to marseilles. A Sound strategy +++ Looking foward to the gayfest hissyfit fight between turks and greeks, both states where the men need to be pried from each others arses. p.s. love the national outfits proving me wrong!

Your most likely a Brit. The stupidity in your comment shows what a cretin you are. Enjoy the cold winter dummy and keep eating the ARSE of America.