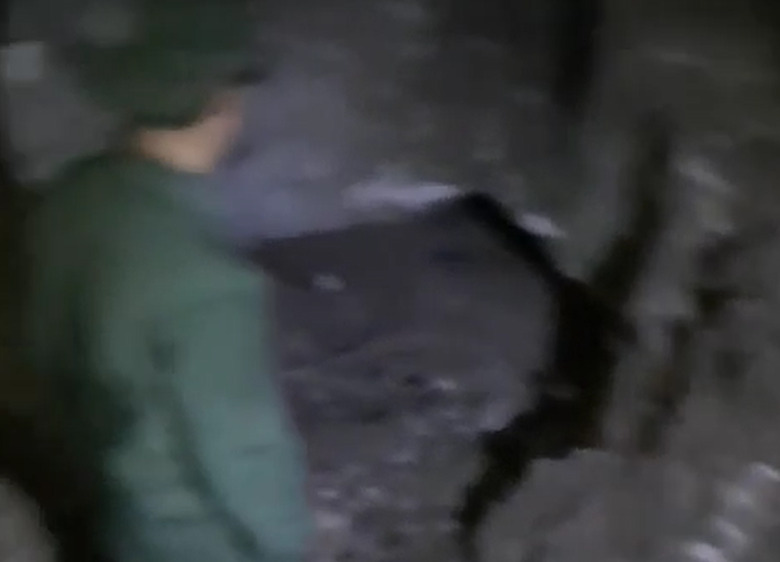 Late on February 25, a large explosion rocked a hilltop overlooking the town of Arihah in the northwestern Syrian of Greater Idlib, where several terrorist groups are active.

Initially, opposition sources reported that a drone strike targeted a vehicle near the town, which is located in southern Idlib on the Lattakia-Aleppo highway. The sources claimed that three men were injured.

Nevertheless, these claims were retracted within a few minutes. Opposition sources released a video from the strike scene showing a large crater in the explosion scene.

Aside from what looks like a tunnel or a cave, the video did not show anything. No missile wreckage, damaged vehicle, structure or human remains were found at the scene.

Two months ago, a US drone targeted a truck that was passing on a road between the towns of Salqin and Isqat in northern Idlib. The identity of the target, who was reportedly a commander of an al-Qaeda-affiliated group, was not revealed back then because he survived.

Arihah’s explosion may be also the result of a failed US drone strike on an al-Qaeda commander. Idlib sources may have retracted their initial reports to protect the target.

Greater Idlib is today one of al-Qaeda’s largest safe havens around the world. While the US is hunting some al-Qaeda commanders, it continues to ignore the terrorist group’s main branch in the region, Hay’at Tahrir al-Sham.

The US ignores nothing, it knows the terrorists one by one and pays them monthly wages, as well as supplying them with weapons and all kinds of war devices, it still remains unknown whether or not they have any pension plans with the US Army or with Nato.

It was probably hit my heavy artillery or a tank.

Remember that galactic federation thingy where Israel claimed they have relations with? I think the kosher aliens helped teleporting the al Quaeda guys to safety by using a super duper fast F-35, you know the ones with hyperspace propulsion and invisibility cloak.