On March 27, the Syrian Arab Army (SAA) killed five militants and injured four others in the northwestern region of Greater Idlib.

The army targeted the militants with an anti-tank guided missile (ATGM) as they were moving in a group between the villages of Jawbas and Mjdlya in the southern countryside of Idlib.

According to the London-based Syrian Observatory for Human Rights, the slain militants were all fighting in the ranks of al-Qaeda-affiliated Hay’at Tahrir al-Sham (HTS). The terrorist group is the de facto ruler of Greater Idlib. The bodies of three militants who were killed in the SAA ATGM strike.

A few hours prior to the deadly strike, the HTS-led al-Fateh al-Mubeen Operations Room claimed that an entire group of SAA soldiers was eliminated with an ATGM in the western countryside of Aleppo. Pro-government sources reported no losses.

The al-Fateh al-Mubeen Operations Room, which was established around two years ago, includes al-Qaeda groups as well as Turkish-backed factions.

The HTS-led operations room is behind the repeated violations of the ceasefire in Greater Idlib, which was brokered by Russia and Turkey last year. Ankara countries to turn the blind eye on actions of militants.

I think Russia blocked the Suez! 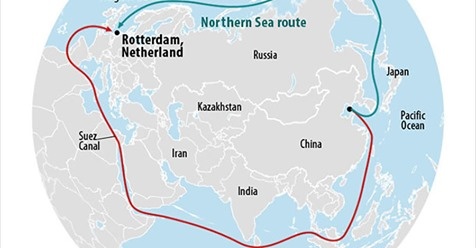 Doubt it. If it was Russians doing it they would have blocked the Panama canal so US Navy ships can’t pass through the canal and reinforce the other side. Also it wouldn’t make sense to undermine China, and the flow of Middle East oil. Their New Silk Road infrastructure isn’t complete.

You think?!…Biden knows, Putin did it!

Biden doesn’t even know who the US President is let alone a leader of another country.

Biden doesn’t even know who the US President is because :
1) They don’t tell him (deliberately hiding (?!))…
2) It is not written on his teleprompter ….(Why?!)

The poor sod in the photo, he’ll miss his boyfriend so much.

I don’t know why they just don’t annihilate the whole area with ballistic missiles Smerch,and other such weapons.

Iran will do it…They don’t do jack sh*t anyways, so… they can do something, sometimes.

West would cry foul about bloody, you already know who. But that is just matter of patience. It is gonna happen.