Militants in the northwestern Syrian region of Greater Idlib were preparing to launch an attack on the government-held city of Saraqib, U-News reported on August 13, citing a military source.

Saraqib is located on the M5 highway which links the capital, Damascus, with Aleppo. The Syrian Arab Army (SAA) and its allies liberated the city last March after a fierce battle with Turkish forces. Any new attack on the city will once again block the M5.

“Armed groups are preparing to launch an attack on SAA positions on the southern axis of Saraqib in southern Idlib,” the military source told U-News, without providing any further details.

The areas north and west of the city are occupied by Hay’at Tahrir al-Sham, the National Front for Liberation and small al-Qaeda-affiliated factions. The Turkish military has a series of positions and camps North of the city. 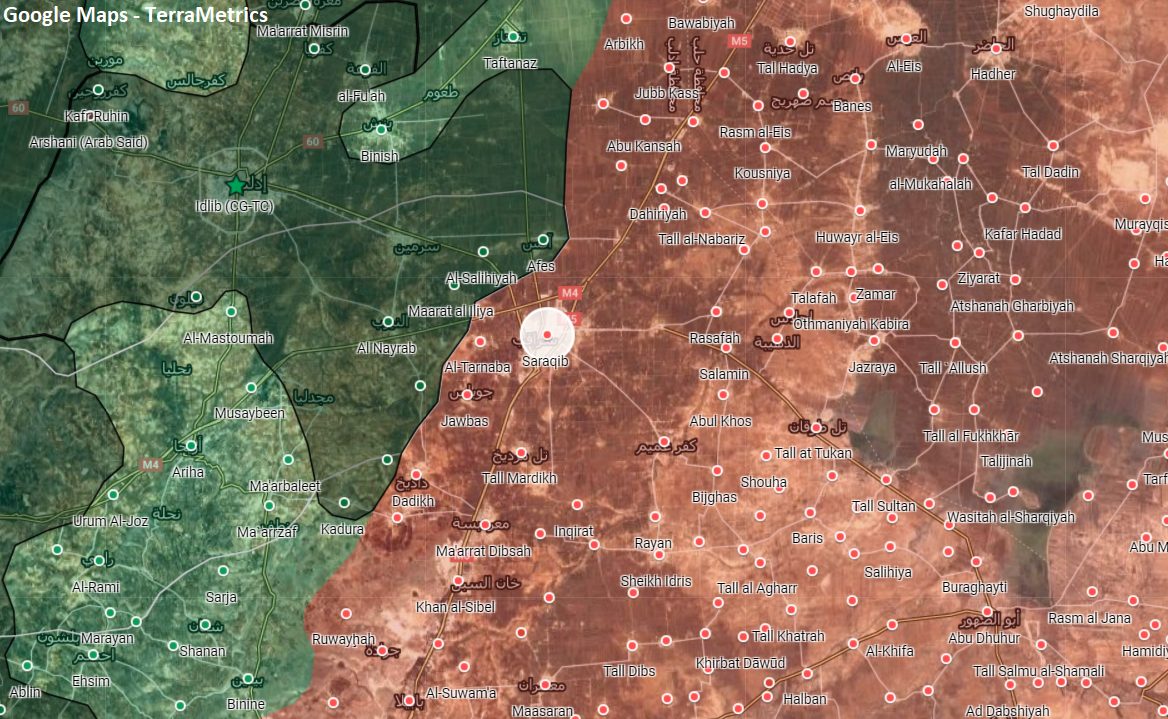 A number of recent reports revealed that the SAA and its allies were planning to launch a new ground operation in the southern part of Greater Idlib.

The region’s militants, who has a strategy based on the idea that “the best defense is a good offense,” may be preparing to launch a preemptive attack. This would lead to an escalation and a new confrontation between the SAA and the Turkish military.

They look like Ninja, Japanese fighting in Syria now?

Big difference between looking like ninja, and being ninja. What photo do you refer to.

Well, maybe this aggression will be enough for Syria to retake all of Idlib, Turkish forces not withstanding. I fear Russia will disappoint again though.

The SAA took that town just before the ridiculous ceasefire,don’t wait to be attacked,attack those bastards.

Well, carnage will follow, for the sake and pleasure of lovers of freedom and Syria many of these subs will be slaughtered, for well-known supporters of terrorism they will be bitter tears.

SAA and hezbollah ahs already placed a trap for this whabhi zionist scum. let them attaack and SAA will move all the way to idlib city.

It was Hezbollah Special Forces that managed to take and hold the city, during the onslaught of Turkey drones and Jihadi mercs. The SAA operation was on the brink of defeat at this point, after the 2-3 days of drone attacks without protection.

Sadly with the current tensions between Israel and Hezbollah, it is not clear how much Hezbollah forces are deployed there now. If push comes to shove, they, and protection from Turkish drones will again be the decivice factors.. Saraqib has immense and even existential strategic and propaganda value. Without it, M5 will be lost again, and Aleppo will be cut of from it. With the rumors that Turkey also plans to attack Aleppo, an attack before on Saraqib will be even more likely. Should the SAA loose the city, it will revitalize the Idlib Jihadis, and elevate Turkish standing and control, and endanger all of Latakia, Aleppo, and North West Syria. One should expect this to be an extremly important and brutal battle..

Saraqib looks like to change hands for at least 13 times in the near future in order to ensure that zero progress is made on the Idlib front, as advised by the Superpowers that there shouldn’t be any change in Idlib. Or ElsE!

SAA ahoul resume operations in Idlib. Let’s attack Kobeni from four or five directions. They can do nothing in Saraqib or western Aleppo.