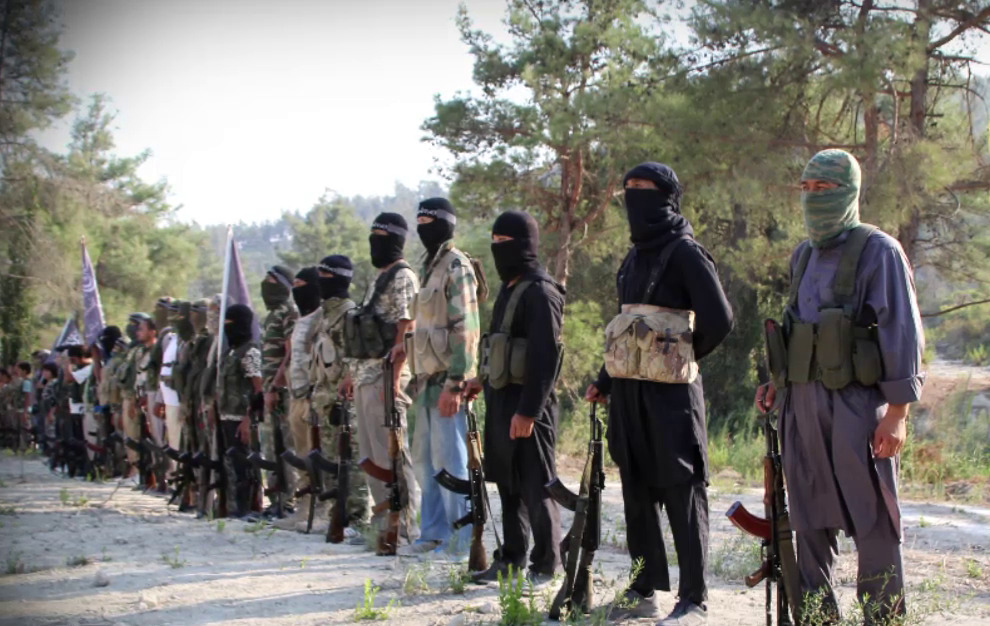 On June 25, the financial officer of the al-Qaeda-affiliated Turkistan Islamic Party (TIP) was wounded as a result of an assassination attempt in the northwestern Syrian region of Greater Idlib.

The terrorist, commonly known as “Sheikh Jawdat,” was driving on a road in the vicinity of the town of Salqin near the Turkish border when his Hyundai Santa Fe SUV blew up. While he was severely wounded, his wife and child, who were with him at the time, sustained slight injuries only.

Most opposition sources said that the explosion was the result of an explosive device. However, some claimed that the terrorist’s SUV was targeted by a drone.

The TIP is made up mainly of Chinese Uyghurs. However, the available information indicates that Sheikh Jawdat was one of the few Syrians fighting in the ranks of the terrorist group. The terrorist was allegedly the top financial officer of the group.

TIP terrorists are active in the southern and western parts of Greater Idlib. The group is a close ally of the region’s de-facto ruler, Hay’at Tahrir al- Sham.

China is known to be chasing after the TIP, which is responsible for terrorist activities on its territory. A recent report said that China is arming the Syrian military to battle the TIP in Greater Idlib. The report goes as far as speculating that Beijing may soon intervene militarily in Syria against the terrorist group.

Thank God the white helmets were there LOL!!

Only a complete terrorist coward would travel with his family putting them at risk of military action. Typical of western backed foreign garbage in Syria.