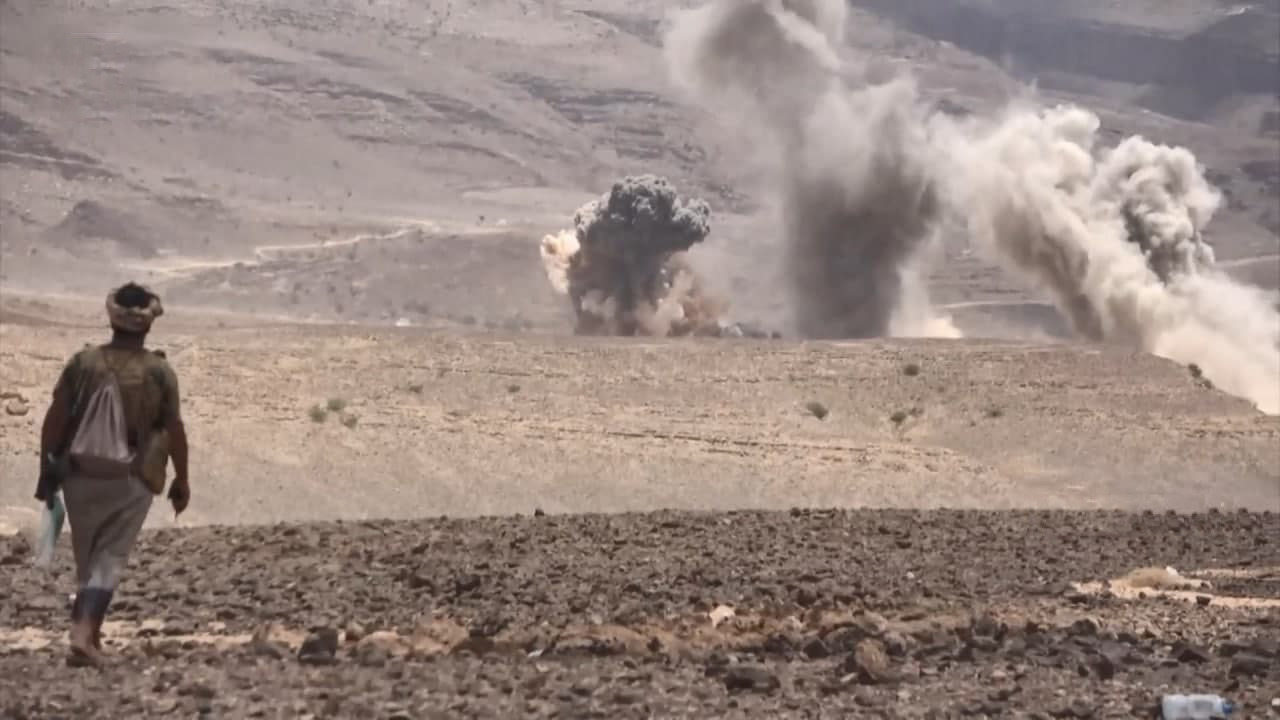 On September 17, the Houthis announced that they “liberated” more than 1,600 square kilometers in the central Yemeni province of Ma’rib from the Saudi-led coalition and its proxies during a recent large-scale operation.

The operation, codenamed “Great Strength,” saw the Houthis and their allies imposing control of the districts of Medghal and Majzar. The Mass Millitary camp also fell into the hands of the Houthis. The camp was one of the Saudi-led coalition main bases in Ma’rib.

Brig. Gen. Yahya Sari, a spokesman for the Houthis, claimed that the coalition used to shelter elements of al-Qaeda and ISIS in the camp.

During Operation Great Strength, the Houthis’ Missile Force carried out a total of 161 attacks. 128 of the attacks were against targets in Yemen, while 33 were launched against targets deep inside Saudi Araba. 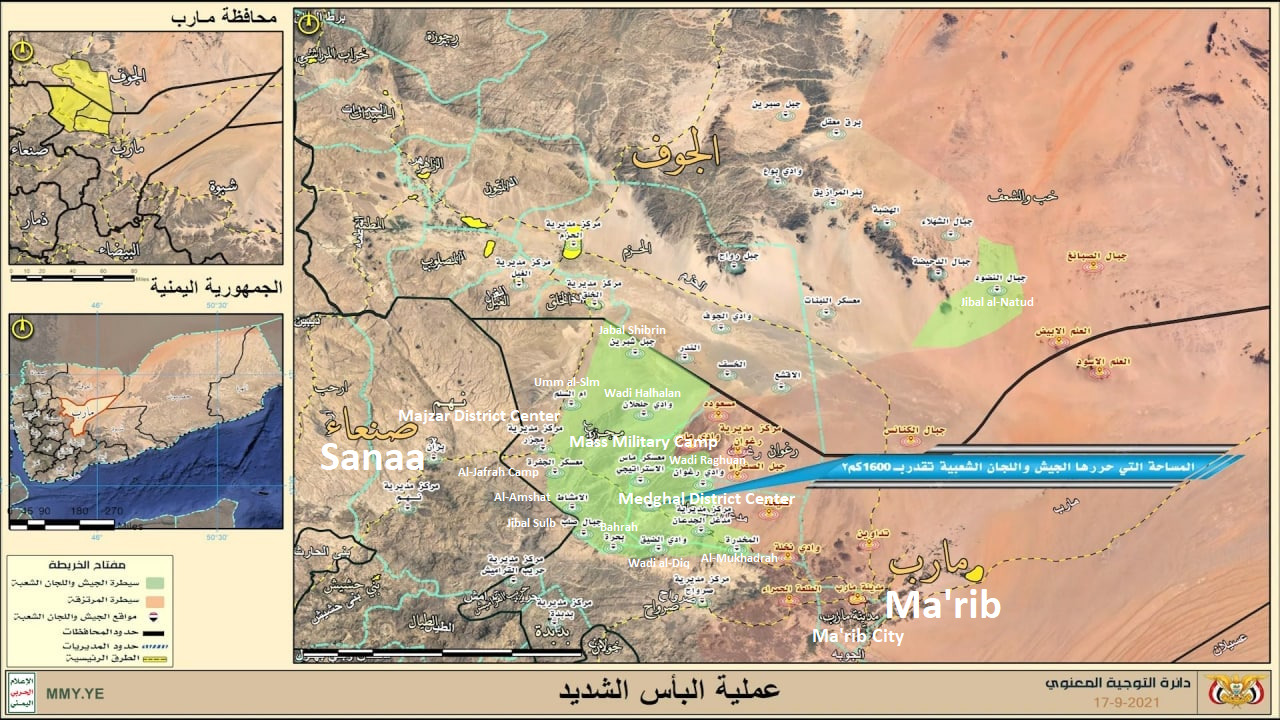 According to Brig. Gen Sari, the Saudi-led coalition and its proxies sustained heavy losses as a result of Operation Greater Strength. Around 3,000 Saudi-backed fighters were killed, 12,400 others were wounded and 550 were captured. Furthermore, 1,500 vehicles of Saudi-backed forces were destroyed, burned or damaged.

In the course of the operation, the Houthis documented 3,290 airstrikes by Saudi-led coalition warplanes. The airstrikes failed to stop, or even slow down the group’s advance in Ma’rib.

Last week, the Houthis announced that they captured the districts of Mahliyah and Rahbah in Ma’rib after advancing from the nearby province of al-Bayda during the third phase of Operation Evident Victory.

The Houthis have been advancing towards Ma’rib city and nearby oil fields for well-over six months now. All attempts to stop them by the Saudi-led coalition and its proxies were a complete and utter failure.

why are these vids only on youtube with an age verification?

It is b/c the Houthi’s don’t believe in LGBTQ rights.

They should deploy some of those boys to Syria,they would liberate Idlib in a week,and they really seem to enjoy their work.

“Around 3,000 Saudi-backed fighters were killed, 12,400 others were wounded and 550 were captured. Furthermore, 1,500 vehicles of Saudi-backed forces were destroyed, burned or damaged.”

Mass finally liberated. Those are some very, very good news.

Do the Houthi’s control the Ma’rib dam?

KSA airstrikes useless. They are throwing firecrackers to the wind.

If Houthis consolidate gains, it could be long awaited beginning of end for KSA. Their “allies”, the running US dogs, already withdraw Patriots. Certain is more support withdrawn underneath that public does not see.

The will of the KSA will soon crumble. Watch the rats flee.

Excellent news. Well deserved for a nation that the west and their idiot proxies are trying to starve to death. The satanic pigs have lost yet again.