The Syrian army and Liwa al-Quds (a Palestinian pro-government militia) have captured the al-Zuhur hill, a number of building blocks in the Hanano Neighborhood and few points in the Old Sheikh Najjar Industrial area near Jabal Badro in the northern part of Aleppo city.

The army’s opeartion in northern Aleppo is sinchronized with the offensive in the western aprt of the city where pro-government forces seized a key hill and took control of the Aqrab area. 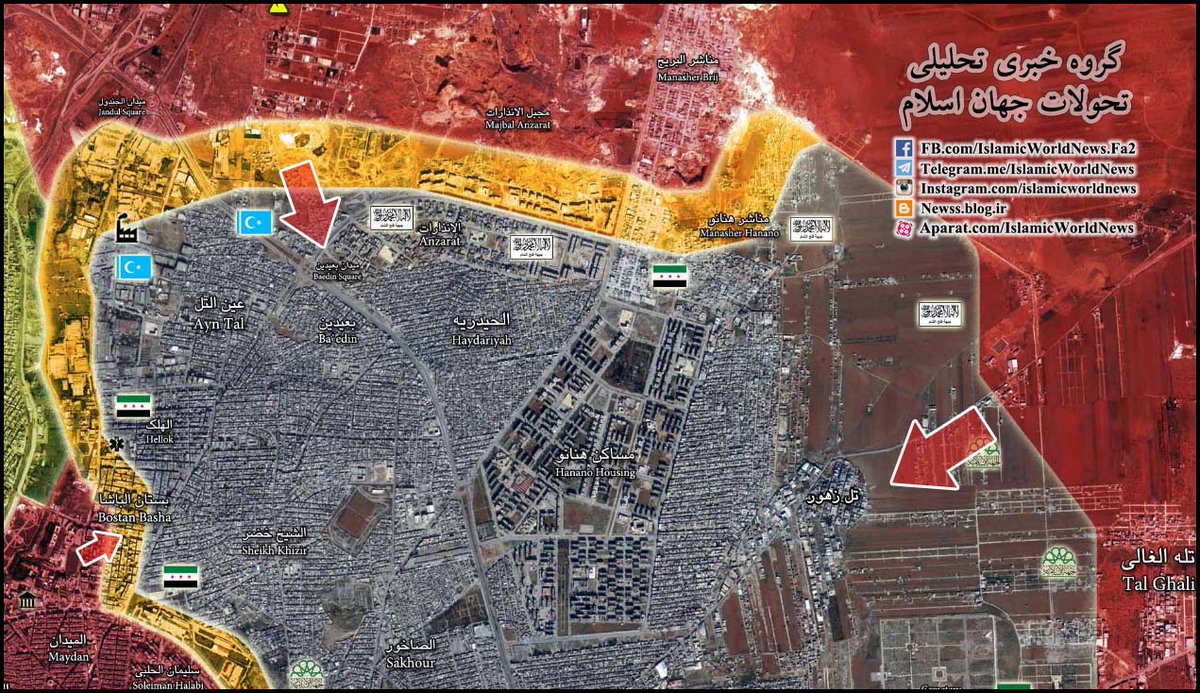 Cannot wait to see this city free from terrorists, hopefully it will be sooner than later.

soon the government forces will retreat, give false hope to the rebels that the won the battle luring them out of there tunnels into killing zone

It should be entertaining to watch the Western media explain the street celebrations that are bound to occur in East Aleppo once their captors have been defeated, humanitarian aid is free to roll in, and reconstruction begins. The testimonials will put their propaganda to shame.

They would simply ignore it.

Where do the terrorists keep getting their ammunition and weapons from in besieged Eastern Aleppo?? I understand some leak through but surely they cant have an endless supply?

Tunnels ? sewers ? I would like to see herds of sheep or cattle driven through the streets to clear at least some of the land mines . Give the SAA a bit of room to move . It might give the civilians at least something to eat as well. Assad and SAA , Godspeed !

Land mines are set off by weight , or trip wires . The use of cattle or sheep is to clear (explode) the mines prior to an incursion by troops . The lives of the animals lost is preferable to troops , or just being unable to advance up a street because of mines .