The Syrian Army has restarted its military operations in East Ghouta. 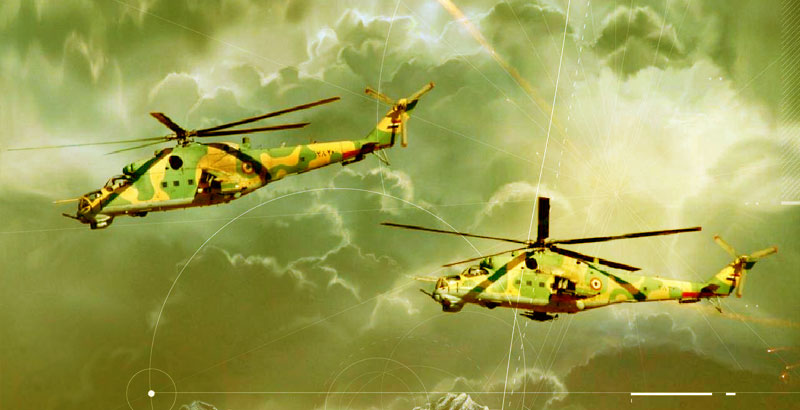 Syrian fighter jets and helicopters heavily struck positions and gatherings of terrorist groups, stationed in the village of Ein al-Khezra in the Bardi desert, as well as in the town of Basimeh, both of which are located Eastern Ghouta. As a result, terrorists suffered heavy losses and their military hardware was destroyed.

At the same time, the ground forces launched an attack on militants’ positions in Basimeh town.

On Thursday, the 105th Brigade of the Republican Guard of the Syrian Armed Forces targeted the town of Harzama and the Al-Firzat hill, located near, which were under the control of Jaysh Al-Islam and Faylaq Al-Rahman. Backed up by the Palestine Liberation Army (Palestinian wing of the Syrian Army), Syrian troops managed to advance to 500 meters deep into the farm’s area, situated between Harzama and Hawsh Shalaq. As a result, the first line of defense of Jaysh Al-Islam was collapsed. As one of the Syrian officers told the Al-Masdar news portal, “once Harzama is captured by their forces, they will be able to impose full-control over Firzat Hill, which is located northeast of Hawsh Shalaq.”

On Wednesday, Syrian troops clashed with terrorists in Eastern Ghouta and managed to drive them out from the key area, located near the town of Meida’ani. Several army’s units participated in a coordinated offensive against terrorist groups and pushed them back from al-Ma’amel region towards the towns of Harazma and Otaya.

At the same time, a base of terrorists in al-Mesraba in Eastern Ghouta was also targeted by Syrian soldiers. As a result, all terrorists, stationed there were killed and the base itself was destroyed.

This week, the Syrian Army restarted its military operations in East Ghouta after terrorists launched their own offensive that showed that both Jaysh Al-Islam and Faylaq Al-Rahman united together for the first time in several months.