The Syrian army and Liwa al-Quds have kept a fire control of the Jandoul roundabout in Aleppo city after a series of firefights with members of Jaish al-Fatah. This chains significantly the movement of militant units in the area. Now, Jaish al-Fatah militants need to use the Asfar and Sawmills heights to maneuver in the Awijah Neighborhood.

Today morning, the pro-government forces have launched attack on Awijah. However, the loyalists have not been able to develop a success in the area. 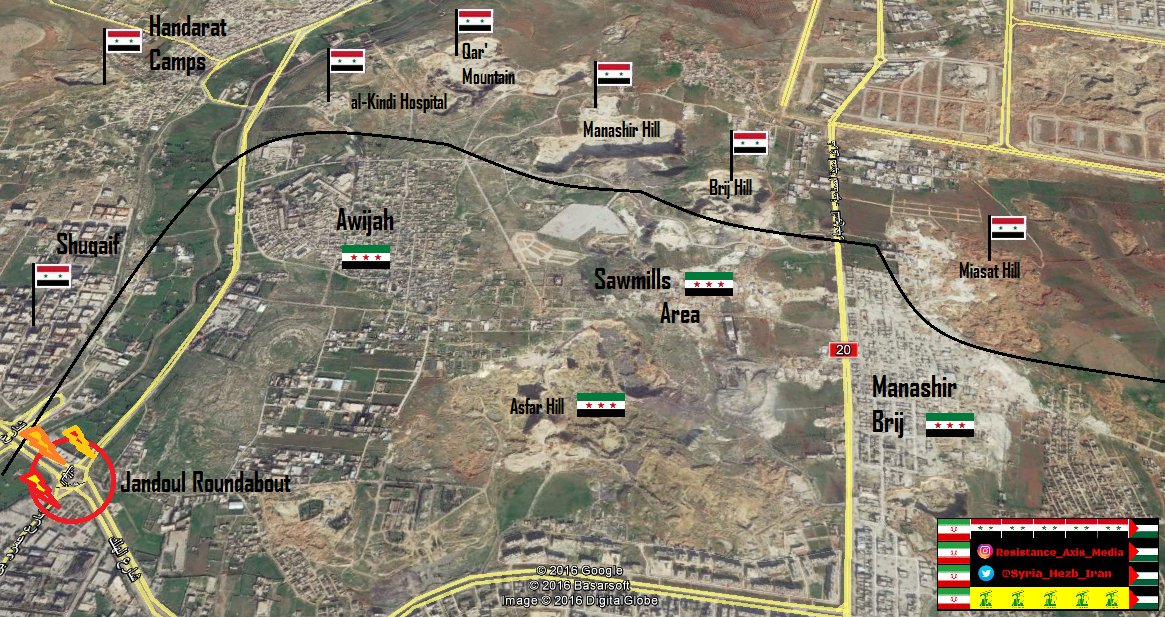