The Syrian army and the National Defense Forces (NDF) are clashing with Hayat Tahrir al-Sham militants inside the Rashidin 5 area in the western countryside of the Syrian city of Aleppo.

The army and the NDF advanced on Hayat Tahrir al-Sham positions in Rashidin 5 on February 26 after seizing a few of small hilltops near the area. On February 27, clashes continued in the area with government troops further advancing against militants.

According to reports, the army and the NDF are now in control of up to 50% of Rashidin 5. 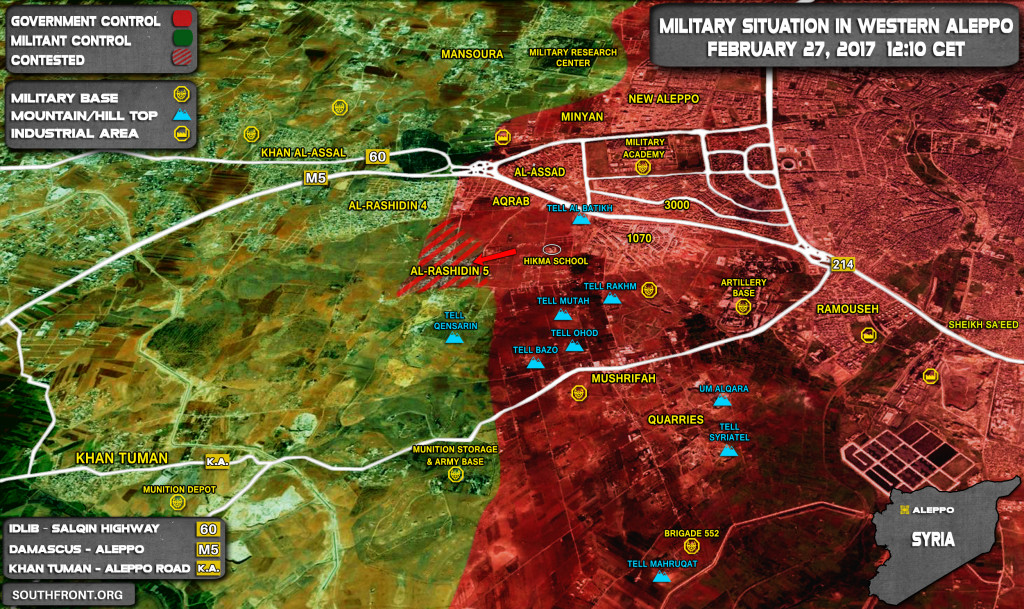 That’s good, don’t give Al-Qaeda and co room to breathe.

Yea I hope SAA cleans them all out!

They will, once there is a second supply route to Deir Ezzor, that’s in progress as SAA met SDF in Aleppo, this is a historic day, like the Allies meeting the Russians in WWII. Turkey will have to bow down one of these days!