Pro-government forces supported by the Russian Aerospace Forces have entered the Sukhna gas field near the important ISIS-held town of Sukhna northeast of Palmyra, according to pro-government sources.

Heavy clashes are reportedly now ongoing in the gas field area. If government troops secure it, their next step will be to enter the town of Sukhna itself.

Earlier this week, the army and its allies liberated a number of hills overlooking the ISIS-held town and established a fire control over it. You should encircle ISIS. so you don’t have to deal with slow advance in Homs governorate. 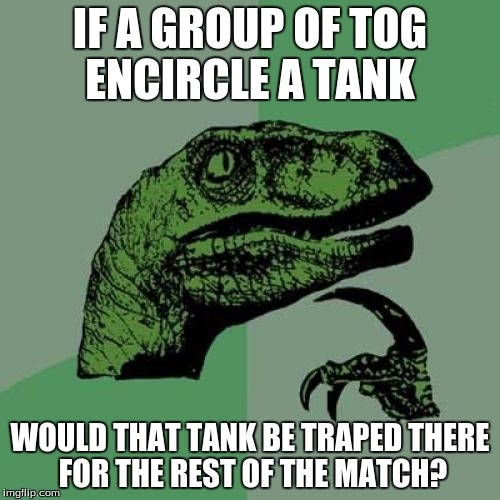 Montenegrin ??
Reply to  Kids in Africa

What is a tog? and what match?

Time for the Iraqi’s to get sorted and focus on their border while maintaining pressure in Tel Afar and Kirkuk area.

The Iraqis should be attacking from Rutbah and Akashat and also up the Euphrates to al Qaim.
Time to clear Anbar of the Daesh.

Daesh are stubbern mofo’s and hard nuts to crack but its clear they re not able to conduct any serious offensives or counterattacks no more. So its a matter of time b4 they get waisted.

They may not be able to launch offensives: but they can still put up tough defense at Al Bukmal, whats left of Raqqa, Al Qaim, Hawija, Deir ez Zor, Ma’adan, Mayadin, and lastly here at Sukhnah. Although Daesh is crumbling the majority of its military is stationed in Deir ez Zor province- they still have thousands of fighters and a few dozen armoured vehicles and artillery pieces.

Tigers moving South and 5th Corps moving North closing 10km gap between Suknah and Fahdeh trapping all those crazy ISIL b@stards in the most inhospitable place in Syria should be the next step. Der Ezzor can wait a week or two. It’s important to deliver as many corpses as possible to Allah and to the management of 74 Virgin Acquisition Inc. – as long as ISIL is sporty enough and chooses to fight pitch battles and before they go full guerilla…

Emotionally , I agree , but knowing that Al Qaeda have again become top dog up in Idlib is cause for concern , they could mount an offensive on Aleppo , or anywhere the SAA would have to respond to .
Dier Ezzor can not wait , ISIS in Sukhna if put under siege , can be dealt with latter .

Now is the time to clear ISIS from its airport at least , then it can be resupplied etc..
Get while the getting is good .

Al Qaida’s behavior in Idlibstan depends on the ability and willingness of the Turks to cut their supply of weapons from KSA. I don’t think they are able to launch a big attack towards Aleppo or Hama without a shipload of Bulgarian and Croatian weapons and ammo. Why doesn’t Russians just torpedo the ships that transport the weapons openly from Bulgarian ports to Jeddah and Aqaba is beyond me…

I was thinking of torpedo the supply vessels too. There might be legal implications though to this actions, and then Russian supply vessels to Tartus could be in theory subject to the same treatment at some point.
It will be exceedingly difficult for either party to demonstrate who launched to torpedo attack. It is far more important for the Russians to get their supplies safely to Syria than for the Jihadist to get their supplies from Balkans to Jeddah in Saudi Arabia. If thinks would have been not so complicated, I am sure the Russian would have long torpedoed the Jihadist supply ships.

According to reports it’s a Denmark-flagged Marianne Danica cargo ship – Saudis are not really a naval powers and as for Danmark – how do you say “Shit happens” in danish ;-))

They dont get torpedoed they have “accidents” like ammunition fires etc

Why should Russia / Syria etc. escalate by torpedoing supply ships etc when they are already winning?? This is what racist supremacist Israel wants and has desperately been trying to provoke an escalation for years now.

If they can prove the ship is smuggling weapons to known terrorist groups – and they CAN – torpedoing of such ship would be quite legal. I mean if US droning of suspected terrorists and Israeli bombing of suspected Hezbollah weapons convoys are legal, why not add an odd torpedo into the mix. What would US do – sanction Russia and bomb Syria ?! LOL

Your observation about shipping weapons from Bulgaria and Croatian to the terrorists is very good, and it must be answered someday by Russia because, of course, Russia intelligent knows about all weapons shipping to terrorists. ¿ Be afraid of an international condenation ? I do not know, but for some reason those shipping have not been bombed.

I wonder if ISIS will fight for Sukhnah in a Raqqa and Mosul style, home for home, brick for brick, to the bitter end, or in a Deir Hafer or Maskanah style, bitterly hold ground until almost all sides are surrounded, and then they run like hell, leaving only IED”s and the odd suicide bomber behind.

No doubt the Russians will want Syria to pay a price for its support but the Syrians can be proud of the way that they’ve used Russian assistance to rebuild the army and take the lead in thrashing the US head-chopping, heart-eating rapers. Nicely done.

The fight for Sukhnah will be pretty tough – it is the least decently urban area before Deir ez zor and Daesh will put full effort into making sure it doesnt fall. If they cant keep it, at the very least they will try to do some damage to the SAA. The SAA should unflank Sukhnah and seize more high ground and create an artillery/air power killzone for the Daeshbags struggling to reinforce the town

IMO, still not enough ground around sukhanna has been taken. Sure, they have taken the hills yes… but there are mountains just beyond those hills and anything can be lurking in there….

If its to tough ring it then starve it for 2 or 3 months while you go around and get Deir Ezzor back.