The Syrian Army’s Baqir Brigade has launched an attack against the ISIS terrorist group east of the Khanasser-Aleppo highway, capturing several hills and at least two villages in the area.

Baqir Brigade took control over the vilalges of Umm Miyal and Judaydah and the nearby hills, and entered Abu al-Karouz and Kharbeel. There were also reports that they had had been liberated, but this has to be confirmed. 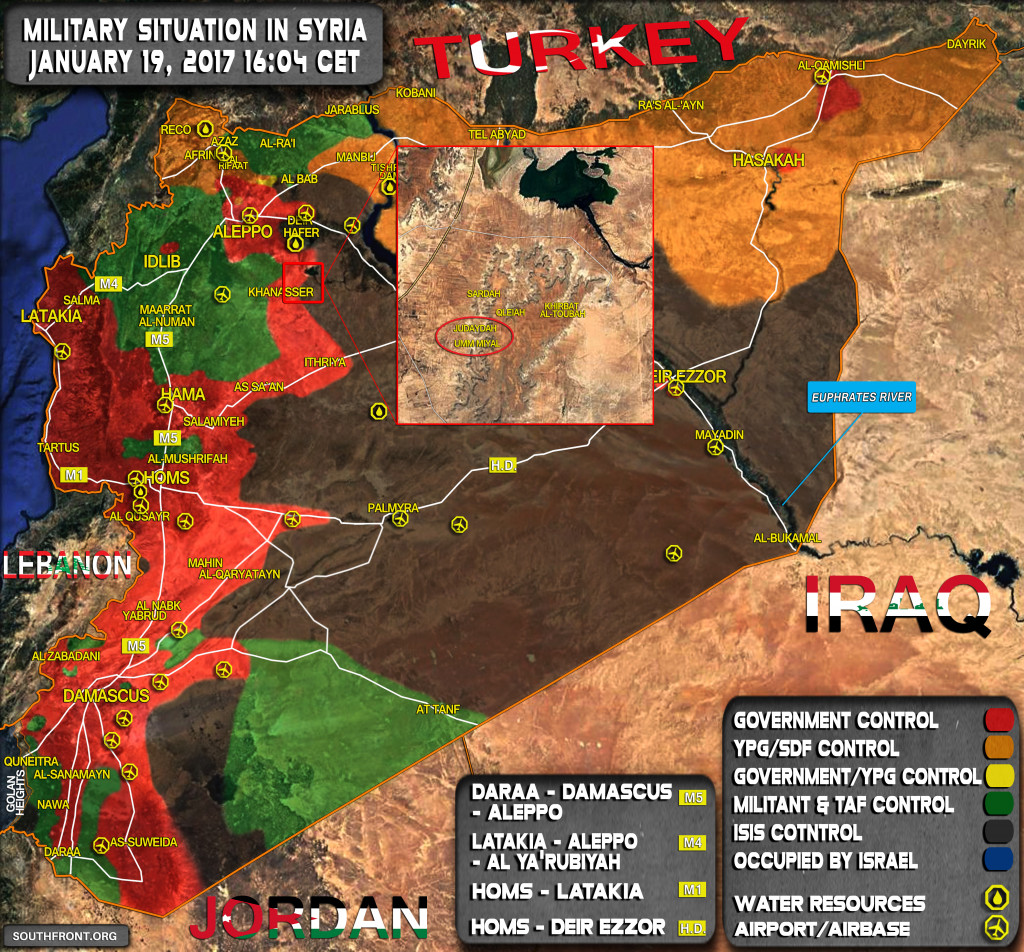 Timely operational offensive. Dai’sh cannot defend across open countryside and have almost no fixed positional defenses between ITHRIYAH and TABQA airbase and dam. SAA could assemble and mount a 2-3 battalion task force, with SP arty and air in close support to advance east , to link up with the Tiger Brigade after Deir Hafer and Jirah airbase are re-taken, thus developing a pincer movement on Raqqa from NW and SW. Early days but Dai’sh are over-extended and hard pressed in these areas, once they lose Deir Hafer they are finished in the Al-Bab pocket. Good times are coming.