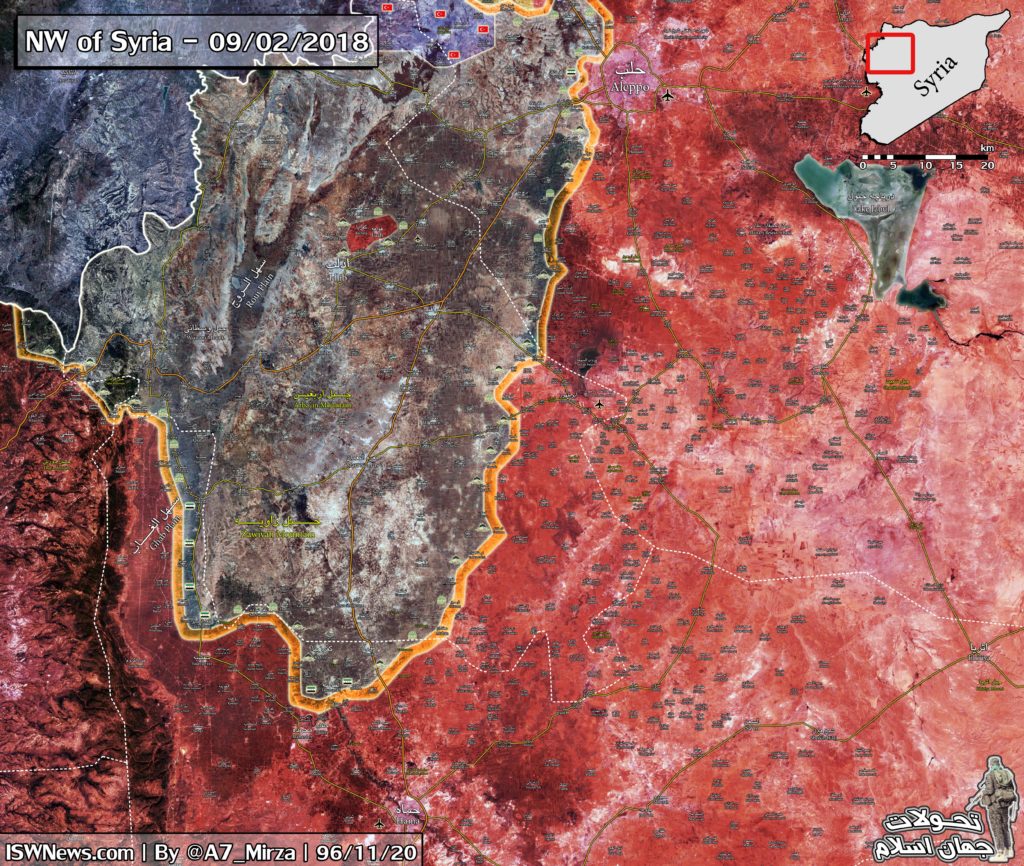 Syrian government forces are working to secure their recent gains against ISIS and Hayat Tahrir al-Sham (formerly Jabhat al-Nusra, the Syrian branch of al-Qaeda) in eastern Idlib and northeastern Hama.

The Syrian Arab Army (SAA) and its allies recently captured a large area from ISIS and establsihed control over the former ISIS-held pocket in northeastern Hama. Separately, SAA troops repelled an attack by Hayat Tahrir al-Sham in the area of Abu al-Duhur in eastern Idlib.

Nonetheless, a group of ISIS members were able to break the SAA encirclement of the northeastern Hama pocket and to flee to the province of Idlib where it captured few villages from Hayat Tahrir al-Sham. These villages became a target of operations by both the SAA and Hayat Tahrir al-Sham. 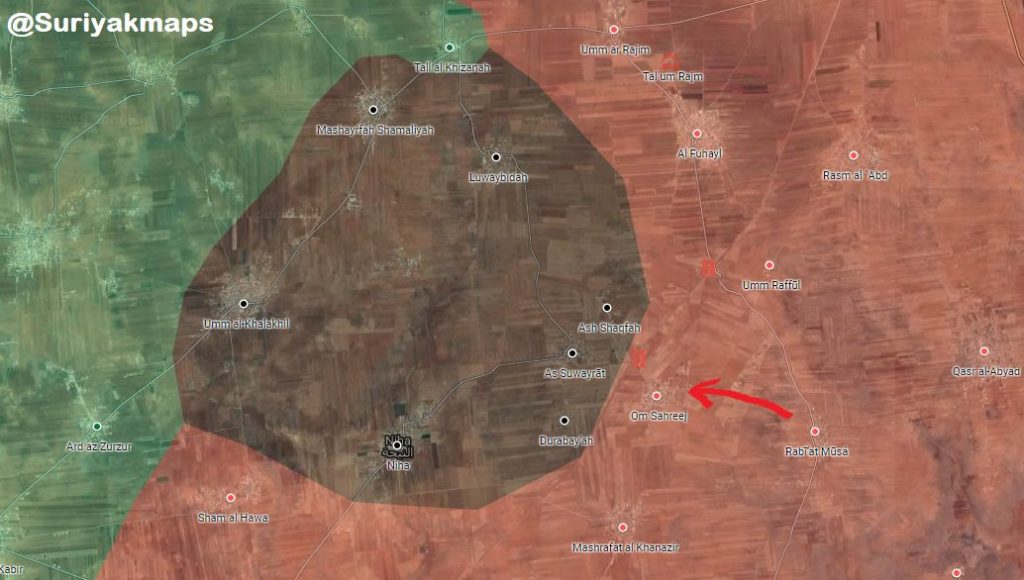 “Nonetheless, a group of ISIS members were able to break the SAA encirclement of the northeastern Hama pocket and to flee to the province of Idlib where it captured few villages from Hayat Tahrir al-Sham.”

Like I told you it was the attack by HTS which thinned the west flank as troops were pulled from there to help defend at Idlib flank. ISIS pushed even further against HTS and FSA and gained ground soon numbers will be double as more sleeper cells activate.

Terra, you are a wise man, but please don’t act like some sanctimonious shit with me please. Have a conversation which I would wish, but no longer tell me please.

The HTS had attacked causing the flank to be supported and only place to withdraw troops from nearby was Hama pocket, hopefully they don’t repeat in the badiya. There will be enough ISIS forces and sleepers in Idlib, expect them to take Khan Sheikoun they have about 1000 there in sleeper cells , HTS and FSA doesn’t inspire loyalty with their gang warfare.

It’s almost like the SAA let these guys escape, and then set up shop in Idlib to A: soften up Al Nusra and B: conquer some territory that the SAA could then legitimately take without breaking their tacit agreement with Turkey not to advance into the Idlib ‘deescalation zone’. Just like they did the first time when these guys popped up out of nowhere after the East Hama pocket got eliminated. Rinse and repeat?

This does not make sense what you writing. Conquer 3 villages for SAA is almost no gain at all.

To keep ISIS moving, wear them down, have HTS attack them. Clearly this is the reason for moving rebels to Idlib, no?

Actually your logic is twisted here. The reality is the US runs both HTS as well as ISIS. Therefore the movement was orchestrated by the US.

Turkey runs HTS and ISIS is the US construct.

From Almasdarnews: “A reckless and ill-sighted militant offensive carried out against the Syrian Arab Army on Wednesday (February 7) can be identified as the primary cause for the successful break-out of Islamic State militants who were otherwise trapped by pro-government forces in northeast Hama towards southeast Idlib.”

This wont help them.

What is the problem, if they let them pass? The goal is to free people and the state, not to kill all the world’s scum. It is no matter if they will expel or kill them if the goal is reached. And, do not argue with moral and legal principles – everything is allowed in the war. Those who thought the opposite have a nice epitaph!

Encirclements have been overrated since Cannae, it’s rare for the encircled not to break out somewhere. The speed that the pocket collapsed is what mattered. Now the Syrians are spoilt for choice, which US head-chopping, heart-eating, raping, slaving bastards next?

IF they piss off israel this will mean nothing.

ISIS is a two-way weapons. ISIS has been created and used by the west to invade Syria. ISIS can also be used by Assad to fight his ennemis.

Don’t be shy to use others weapons as long as the goal is reached.