Pro-government forces, led by the Syrian Arab Army 5th Assault Corps, have continued developing momentum against ISIS in the area of Uqayribat north of the Homs-Palmyra highway.

Government troops  have captured a humber of hills near the village of Salba and established a fire control over it increasing pressure on ISIS positions north of Uqayribat.

If the army and its allies secure these heights, they will have an upper hand in the upcoming battle for ISIS-held the villages in the area. 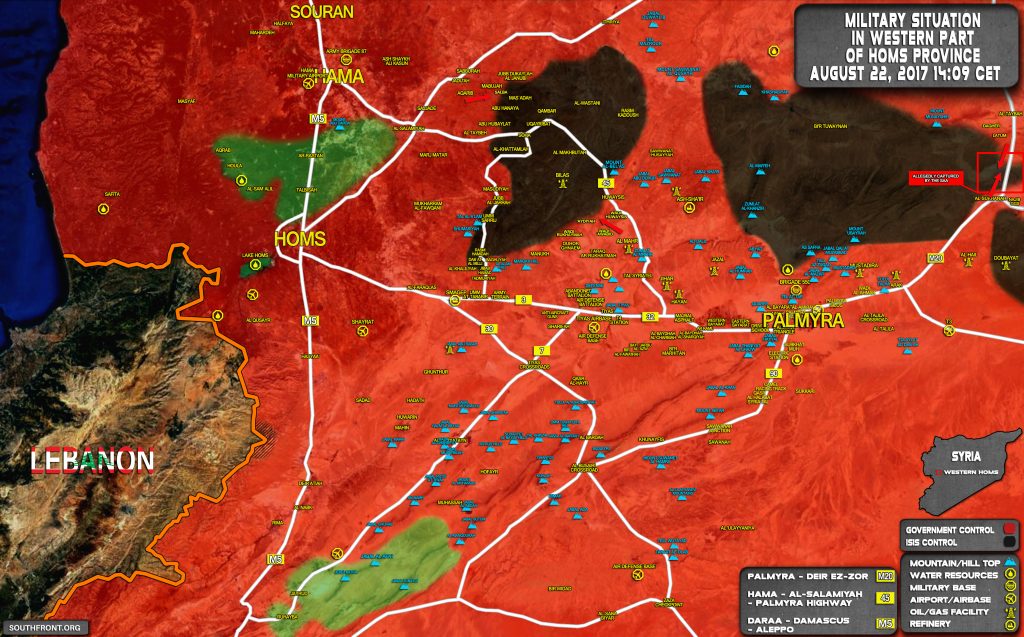 And western press is as silent as possible on these successes because for years they were proclaiming that Assad is about to fall.

Or, which I consider far more likely, they have other things to occupy their mind. Something about statues and whatever outrage of the months follows whatever Trumps says in the US. And in Europe we can always count on some ISIS follower to drive his car into some people as well.

Who cares what happens in Syria compared to that?

There is no doubt that the recent US allies are getting wrecked. I am happy about it. Syria belongs to the Syrian people.

Will be interesting to see the difference between the Khanassir plains and this pocket now. So far, Daesh at least attacked ones. I guess the resistance will quickly collapse in the western pocket, which would be good, as this would make it difficult to cut of supplies to Aleppo for Al-Qaeda (HTS).