On December 7, the Syrian army’s Tiger Forces stormed the Bab al-Nayrab district of Aleppo city and took control of it after a series of firefights Jaish al-Fatah jihadists.

Following the liberation of Bab al-Nayrab, the Tiger Forces attacked militants in Al-Maadi.

Firefights are now ongoing there.

Last night, the militants’ defenses collapsed in the area adjacent to the Aleppo Citadel. This resulted in massive retreat of Jaish al-Fatah units from the area and liberation of a number of neighborhoods by pro-government forces. 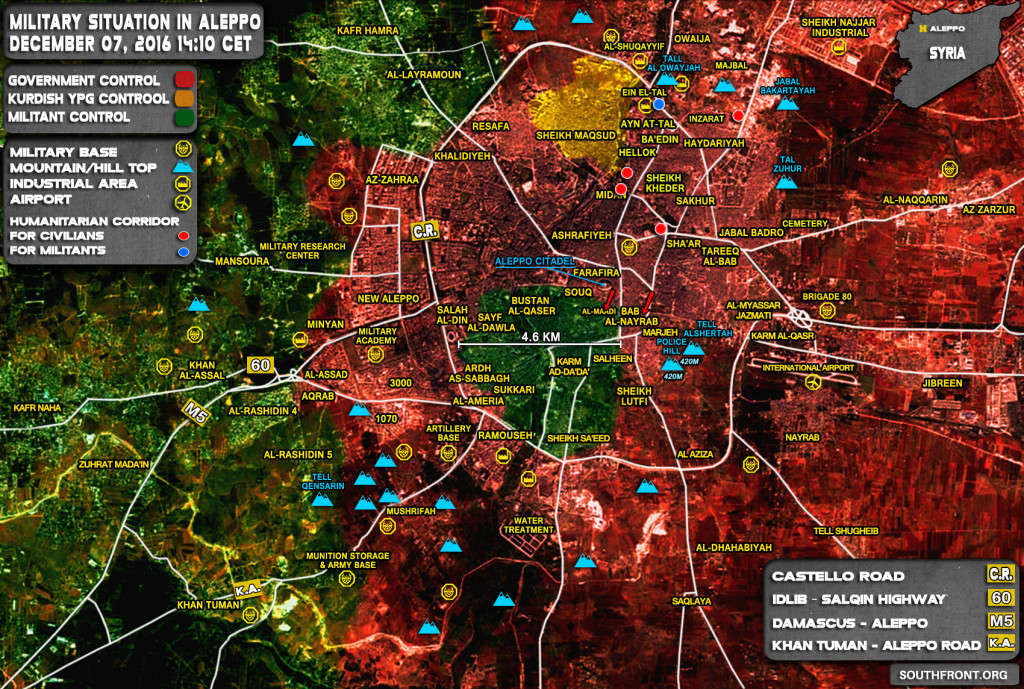 Before the weekend it’s over

Now the choopers are under visual observation, over the entire area they still hold. It is going to be nasty in there for them.

i think they will push to the end no more pause will be allowed, no more discussion table, if you agree to lay down your weapons y can leave the city if not……y will live the city

I will be very happy if this unlawful and heavy weaponed extremists find their end in Aleppo! And I am very angry that many Western Governments, like my too (Germany), supports this bad terror spreading people!

in truth west creating terrosim , support by the help of there radcal saudi ideology they allow saudis to open schools of radical in all europe they work there as there brain washing and recruiter not just muslims but jews and even many others join isis and saudi gets human right award sbecause west is the source of evil they doing they to give bad name to muslims and make them suffer because its crusade