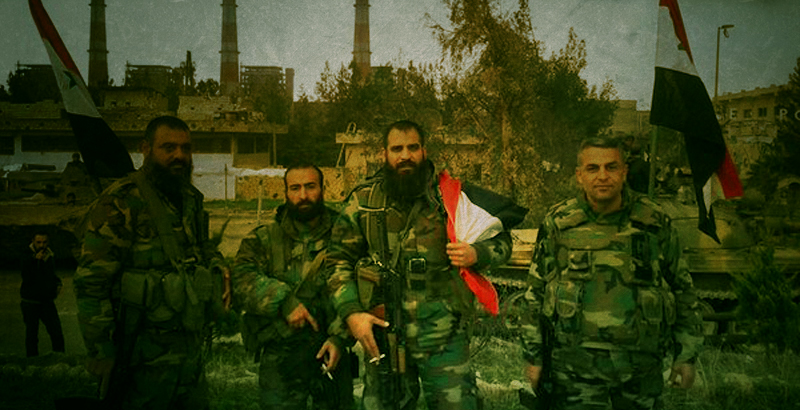 On October 27, the Syrian army’s Tiger Forces and the National Defense Forces (NDF), supported by the Syrian Air Force, launched a full-scale storm of the strategic militant-controlled town of Souran in the northern part of Hama province.

By now, the government  forces have allegedly seized the Al-Dour Hill east of Souran and now are seeking to enter the town controlled by Ahrar al-Sham and Jaish Al-‘Izzah. Local sources report that Syrian helicopters are massively targeting militant positions at Souran. 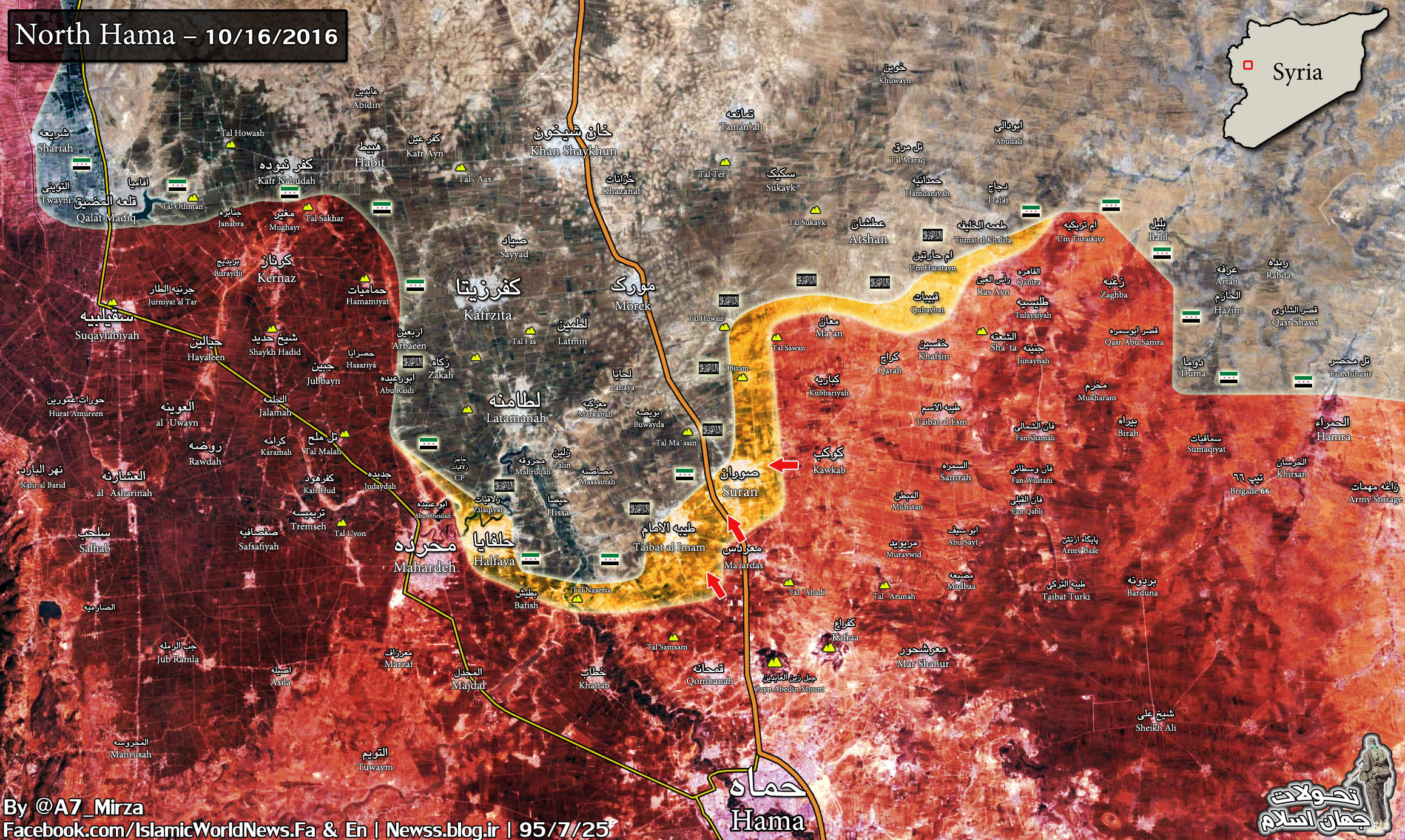 Souran is strategically located at the Hama-Aleppo highway and, controlling it and Ma’rdas (already liberated), the Syrian army and the NDF will be able to successfully consolidate the recent gains in the province and continue military operations along the highway.