Syrian government forces have reportedly captured another village west of the town of Tabqah controlled by the US-backed Syrian Democratic Forces (SDF) in the province of Raqqah. Syrian army troops took control of the village of Shu’ayb al-Dhakr near Ramthan.

If government forces are going to continue advancing in the area, they may seek to reach the villages of Jubb Urman and Jubb Ghanim in order to prevent the SDF expansion southwest of Tabqah. 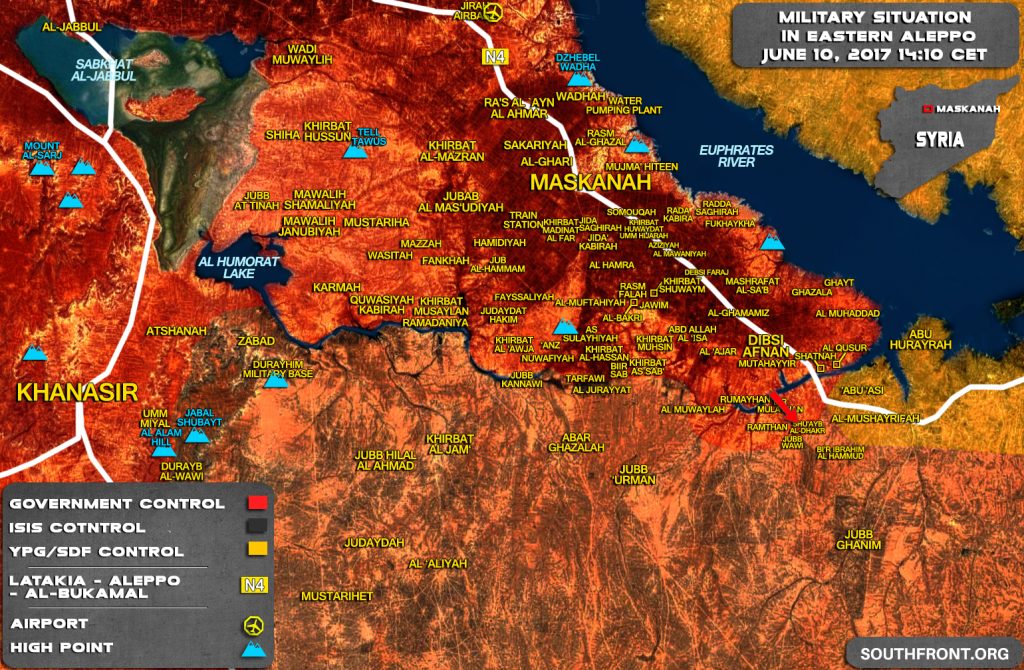 The SDF is holding the northern end so the SAA can sweep across to take control of the oil & gas fields along with the highways.

the kurds did just grab Abu asi. Apparently their offensive on Raqqa has troops to spare.

I doubt a single shot was fired in that village.

IS forces are in a retreat not enough to hold the entire area and continue offences and defenses everywhere . Deir Ez zoir is bleeding them , they might decide to defend Raqqah .

They have lost ground heard some are not taking the deal so now the Kurds are going to have to fight , they lost 23 dead and more prisoners to IS forces . They have very little control along the border near Iraq seen IS grey there on another map.