Syrian government forces, led by the Russian-trained 5th Legion and backed up by the Russian Aerospace Forces, have continued their offensive operations against ISIS terrorists in the countryside of the ancient city of Palmyra.

According to local sources, pro-government forces are now pushing along the road linking the al-Busairi crossroad and Palmyra. In this case, Jabal al-Khan, Jabal Abtar, the Sawwanah Junction and the Khufayfis Phosphate Mine will become the main targets of the SAA and its allies before they reach the town of al-Bardah and the al-Busairi crossroad.

Strategically, this advance shows that the Syrian military is aiming to further secure the Homs-Palmyra highway from the southern and northern directions.

The push of the Free Syrian Army (FSA) militant coalition against ISIS in the desert southwest of Palmyra also contributes to the Syrian Armed Forces’ concerns. If the FSA reaches al-Bardah and the al-Busairi crossroad first, they will be able to threaten the southern flank of the government forces deployed in the Tiyas Airbase. 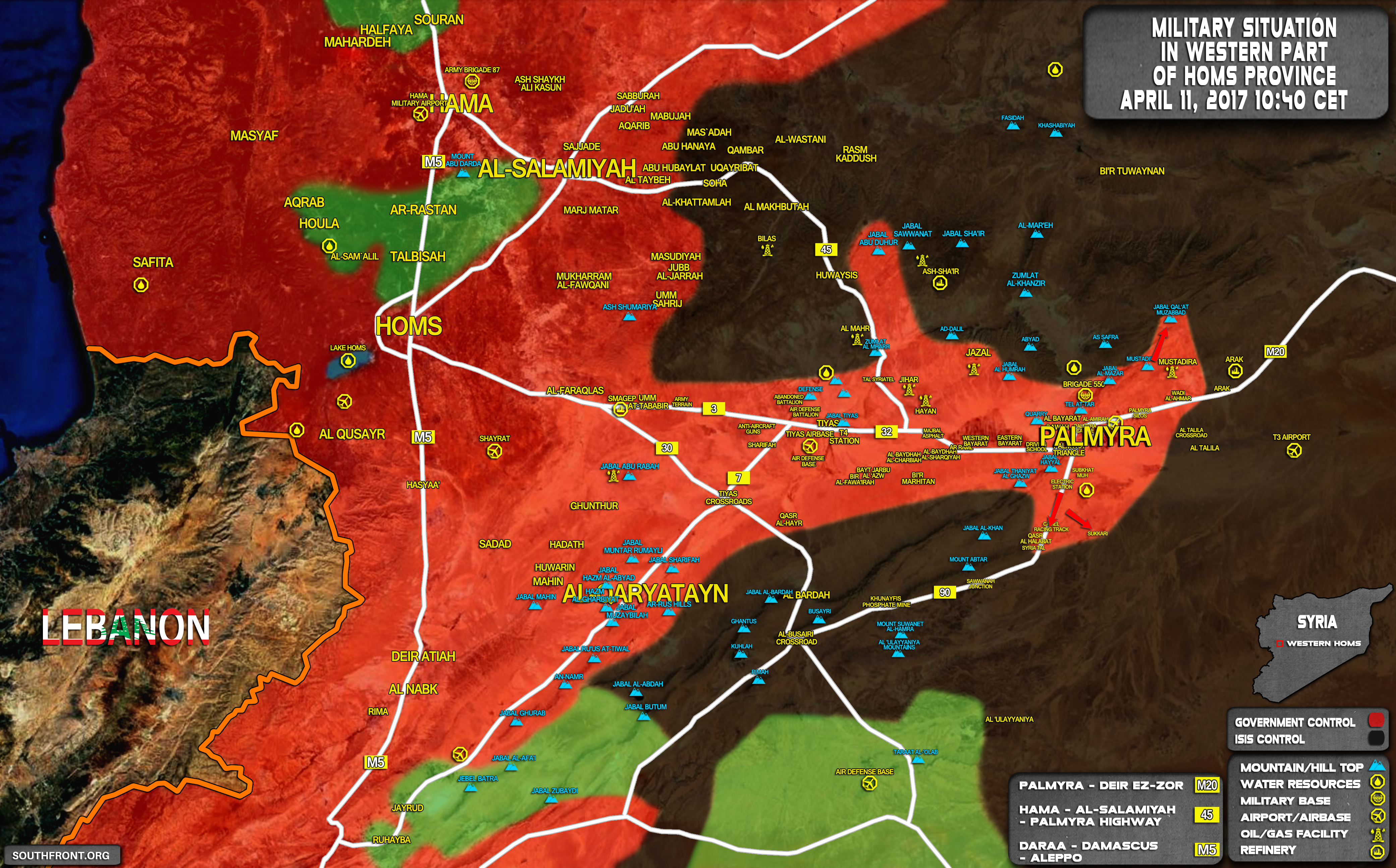 If the SAA attacks and regains full control of highway 45, 90, and the Busari crossroads, they will take from ISIS many villages, hilltops, and oil fields. From there, they can protect Aleppo supply lines, east Hama, al-Qaryatayn, put pressure on the US-UK-Jordanian op called the New Syrian Army, and stabilize supply lines for the advance on Dier-ez-Zor.

These victories will result in the end of ISIS presence in Western Syria, and better protect Syria from the western backed partition plan.

For some reason, the SAA always seems to be playing Catching Game. It is evident they won’t reach the Al-Busairi Crossroad first just as they never reached Al Bab first etc. Why not advance from Tiyas Crossroad? Always Catching Game. Too bad.

when i wrote about necessity of taking road 90, some “experts” answered me, i am stupid, becoause there are mountains and they are enemies for saa. so, it is wise for saa not take this unimportant road. :) maybe these guys answered me from the ministry of defense of syria :)