Pro-government forces, led by the Syrian Arab Army (SAA) Tiger Forces, have repelled an ISIS counter-attack at the Sukhna-Deir Ezzor highway near the city of Deir Ezzor and established a full control over the Sohlah area following a day of intense fighting with terrorists.

Government troops entered the Sholah and Kobajjep areas last weekend. However, the SAA gained a full control over these sites only on Monday after all ISIS counter-attacks had been repelled.

At the same time, an intense fighting continued between Kharratah fields and the 137 Brigade Base where the Tiger Forces were seeking to establish a secured corridor to the besieged city. Go Syria, free your country from these terrorists invaders,
who came from all the world with the support of our mass media and goverments during the first years of the proxy war against Syria!

ISIS is dead meat. They r the only ones not 2 realise 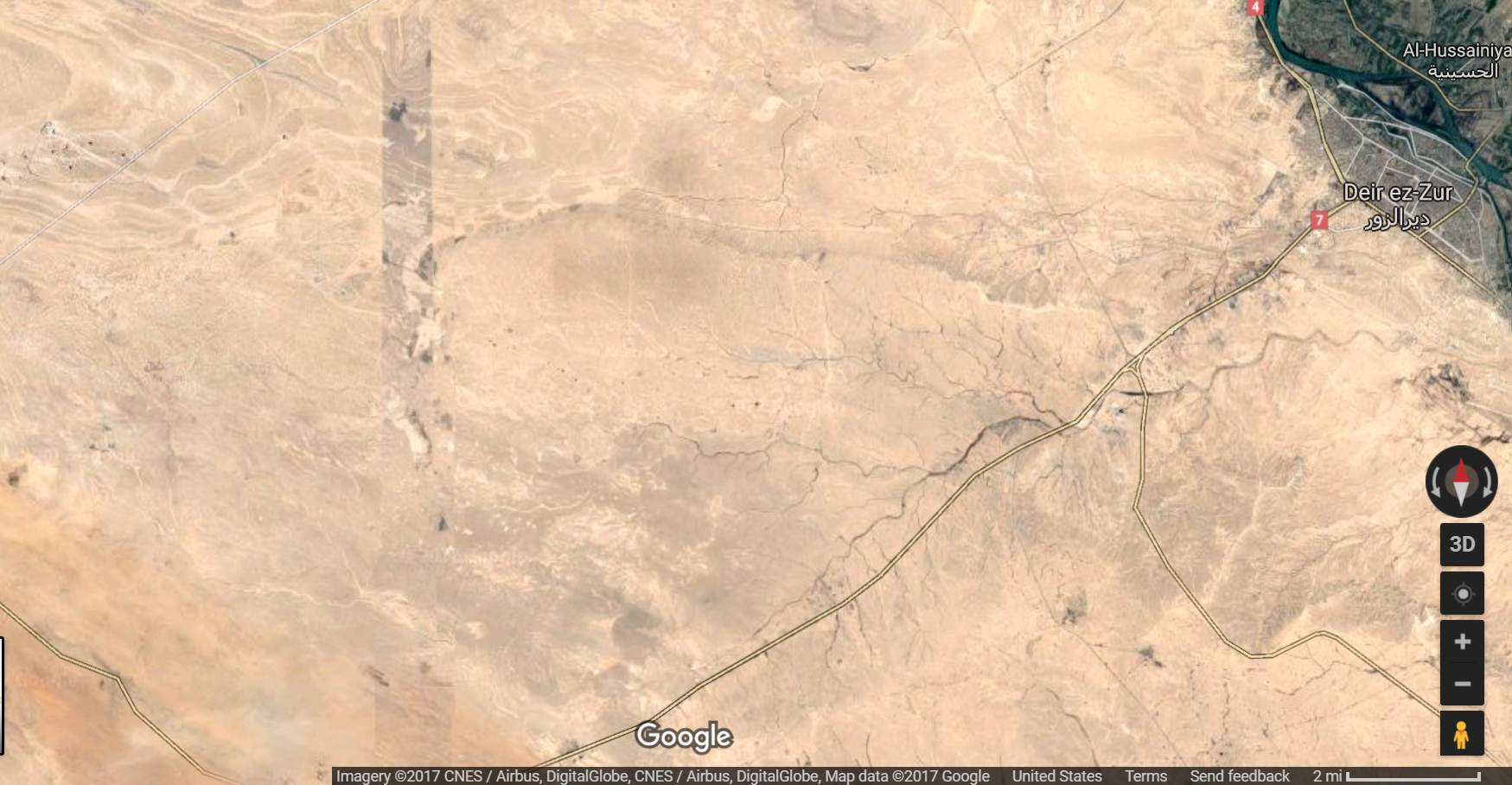 There are no roads or built up area where they’re connecting the advance to the city. The Syrian government coalition force is now within range of the Jew world order invader’s artillery and truck mounted weapons that are located in built up areas. Which will be taken out on a case by case basis as needed. The invaders are taking a beating around the clock now and that’s not going to stop until they flee, surrender or die as the government captures neighborhood after neighborhood and strategic location after strategic location.

So they have clear and hold operations to proceed with. Which is something that they have a lot of experience at and will progress with in an orderly systematic manner taking out the invader’s heavier weapons with superior fire power and denying them resupply as section after section of the city and it’s surroundings are captured, increasing the government’s foot print day after day. As they ready the force for the drive to the Iraq border and against the Kurds if that becomes necessary.

I look forward to seeing an S400 battery atop Thardah mountain very soon:)

Yes, that would be interesting. Or someplace with a nice view of the Hermon Hotel would be even better. http://downloads.unmultimedia.org/photo/medium/145/145286.jpg

no S400 on top as yet but plenty of high explosive:

Soon to be followed by a barrage of thermobarics I hope.

Just waiting for the US ‘coalition’ to start bombing the SAA ‘by mistake’.