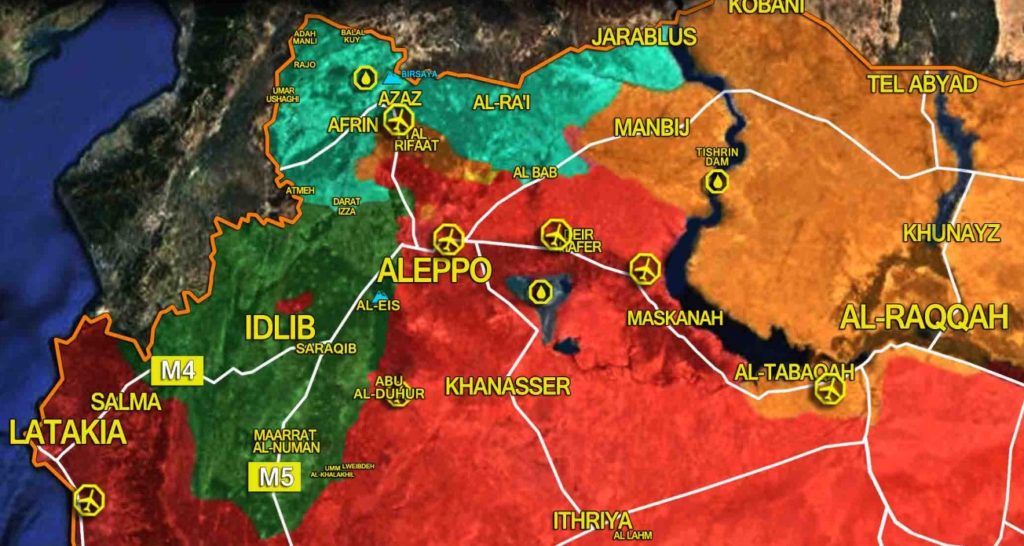 Syrian government forces have repelled an infiltration attempt by Hayat Tahrir al-Sham (formerly Jabhat al-Nusra, the Syrian branch of al-Qaeda) in the western countryside of the city of Aleppo, the Syrian state-run news agency SANA reported on June 5.

According to the report, a unit of the Syrian Arab Army (SAA) clashes with at least 15 militants attempting to infiltrate government positions in the direction of Khan Touman.

During the clashes, the SAA unit was supported by artillery fire. As a result all the militnats involved in the attack was allegedly killed or injured and their equipment was destroyed.

This incident and other cases in northern Hama and northern Latakia shows that the establishment of observation posts in the so-called Idlib de-escalation zone are not enough to impose a fully-fledged ceasefire regime in western Syria.

The key reason behind this is that Hayat Tahrir al-Sham (formerly Jabhat al-Nusra, the Syrian branch of al-Qaeda) still has notable influence in this part of Syria.

This is a charity if somebody assassinate the child butcher Netanyahu and rescue Palestinian hostages.

WW2 is over you can stop being a Nazi now.

Anybody can update me on Daraa? Nobody is talking about SAA preparations for attack there ……what is happening?! Are they still negotiating Iran presence? Will US remove their base?

It seams that everything has turned to negotiations and politics lately…. Too much politics and not enough resolving through battles …this is not going to end up well for Syria.