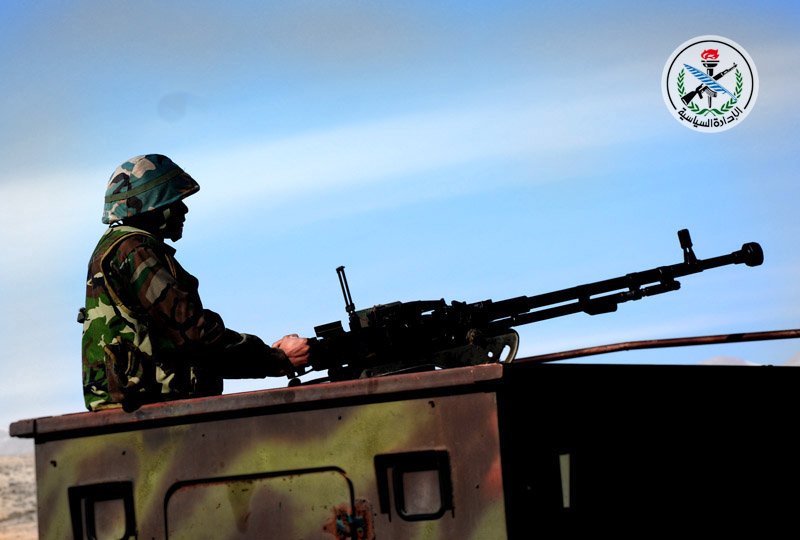 According to local sources, the SAA and the NDF have repelled the Hayat Tahrir al-Sham(HTS)-led advance on Ma’an and forced militants to retreat from their forward positions.

About 40 militants have been killed during the fighting in northern Hama since the morning, according to reports. Pro-HTS sources blame Turkey and a lack of support from other “moderate opposition” groups for the failure.

Government forces are now working on regaining the lost positions.

On Monday morning, HTS and its allies launched a large advace against the SAA and the NDF in northern Hama, storming government positinos in Ma’an, Tulaysiyah, Ash Shata, Tel Al-Aswad, Al-Qahira, Al-Zughbi and Al-Raya.

The situation remains unclear in some small settlements, but the main HTS push on Ma’an resulted in a total failure.

It is this time of year again . The last time SAA did great job capturing Halfaya and Taibat Al Imam when the rebels launched offensive . Now lt is time for Latamiah,Kafr Zita,Morek and if possible Sheykhoun . But I am not sure can the SAA forces there capture all this area . TF and other attacking units are mainly in DZ

Agreed, but the situation is even better at this moment. Russian MP’s are providing garrison assistance to SAA and this has freed up many units. While they have pushed many resources east, I think they have developed a solid strategy to deal with these possible scenarios. They knew these events would develop and could have even enticed these terrorist into attacking. A win for all sides. The rebels in Idlib should be thanking them for helping deal with their HTS problem.

My biggest fear here is that this offensive could force redeployment of the TF which will be pretty bad for the ops in DZ . The previous Hama offensive was doomed to fail and it did but hampered the anti ISSI ops

They have a couple units of Tiger Forces , don’t make them more than they are as they are distributed through out the entire as others are. Too many are guilty of this all the time since the bulk of the forces in Tiger Formations are not even Tiger units. The NDF , SSNP SRG,5thcorps,4th mechanized, etc all these units are working together in different formations of brigades and not entirely from a specific group.

Google is paying 97$ per hour,with weekly payouts.You can also avail this. On tuesday I got a great new Land Rover Range Rover from having earned $11752 this last four weeks..with-out any doubt it’s the most-comfortable job I have ever done .. It sounds unbelievable but you wont forgive yourself if you don’t check it !si293d: ➽➽ ➽➽;➽➽ http://GoogleOnlineTimeEasyTechJobsOpportunities/easy/jobs… ★✫★★✫★✫★★✫★✫★★✫★✫★★✫★✫★★✫★✫★★✫★✫★★✫★✫★★✫★✫★★✫★✫★★✫★✫:::::!sf263l..,.

Simply repelling the offensive and restoring the status quo is the plan for now. Any attempt at going further for new territories will only make the situation worse as all focus now is on Deir Ezzor.

SAA is an expert at repelling HTS attacks

That was predictable but still it’s a very good news.

If there was a lack of support from Turkey that is very good news.

Im curious if Iranian RG Al-Quds forces are in Syria! One would have to think so! But if thats the case, how many? Are they in the TF? It seems to me that now is the time more than ever that the best forces possible of Russia, Syria, Iraq and Iran be used against any militants (including US special forces) so that success may occur in DeZ and throughout Syria!