On March 30, government forces regained another vilalge from the joint forces of Hayat Tahrir al-Sham (formerly Jabhat al-Nusra, the Syrian branch of al-Qaeda), Aharar al-Sham and their allies in the northern countryside of the Syrian city of Hama.

The Syrian Arab Army (SAA) and the National Defense Forces (NDF) advanced against militants south of Khattab and liberated the village of Arza, according to a number of pro-government sources. Thus, the SAA and the NDF deployed in a striking distance from Khattab, an important town captured by Hayat Tahrir al-Sham & Co earlier in March. On March 29, government forces recaptured the al-Sheha hill, the Samsam hill and nearby points from militants.

Summing up, these developments show that the SAA and the NDF are steadly regaining momentum in northern Hama. 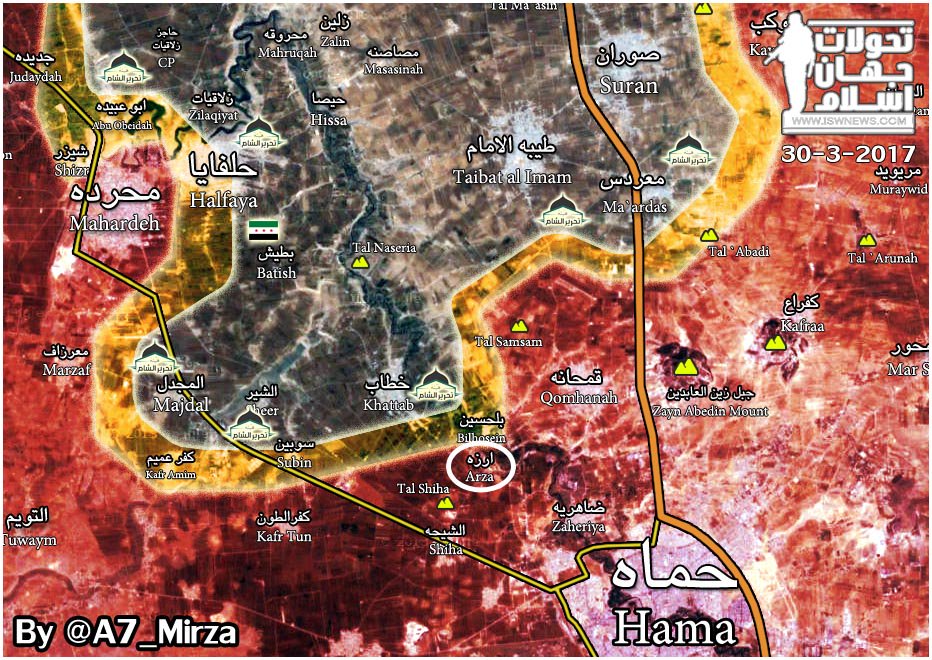 Good job SAA and NDF. May they take back all of what they have lost over the span of the war.