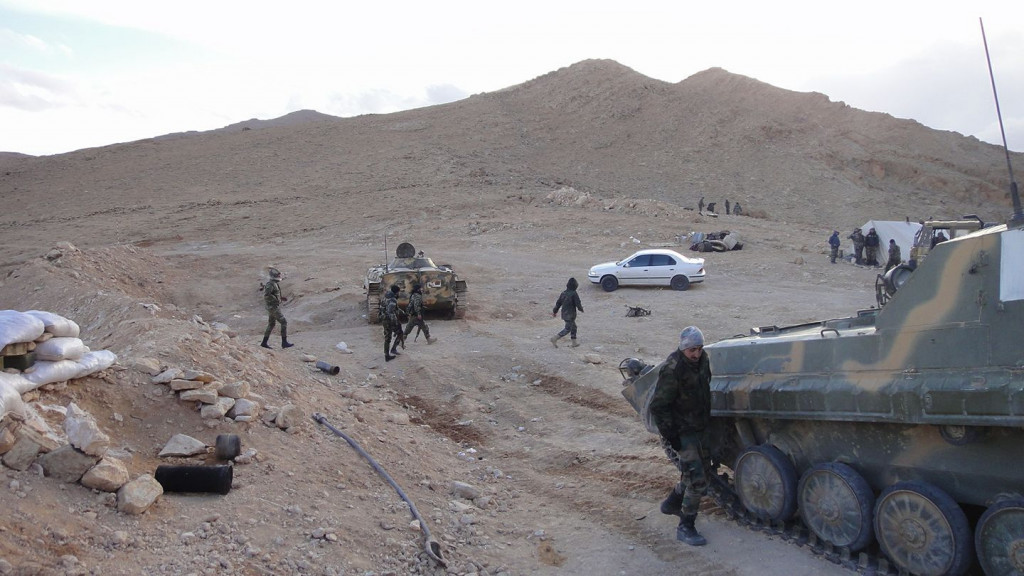 The Syrian army and the National Defense Forces (NDF) have repcatured Abu Tawwalah and the nearby housing area from ISIS terrorists southeast of the Tiyas Airbase located west of the ancient Syrian city of Palmyra, according to the Hezbollah media wing in Syria.

Government forces are now advancing on the Jihar junction from which they had recently retreated. The Syrian army and the NDF have to control the nearby cites and hill in order to secure the junction. 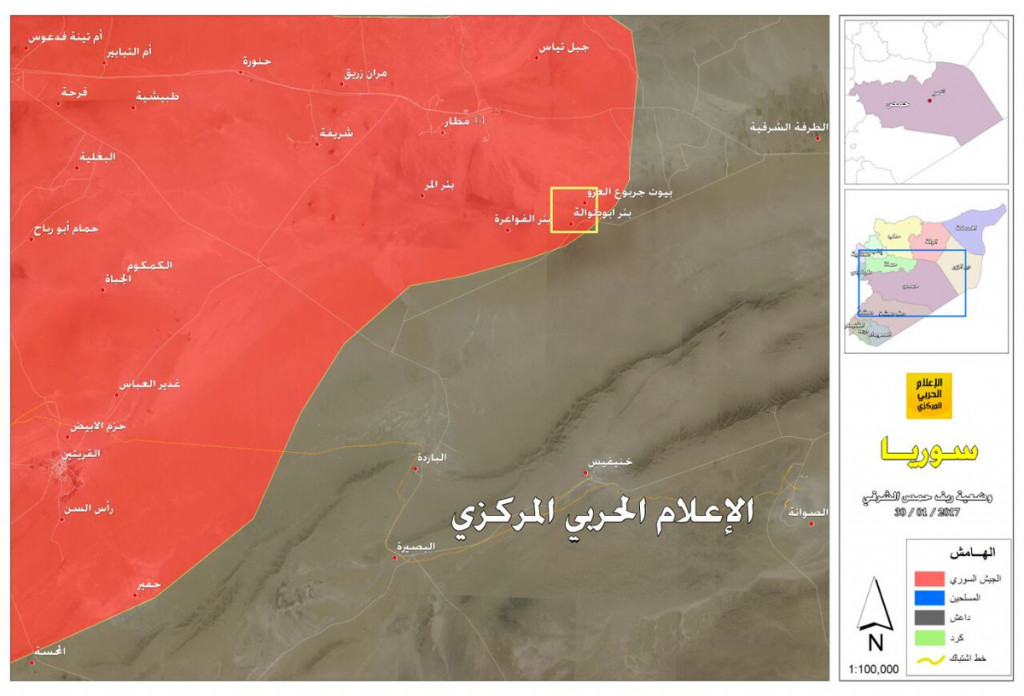 Very slow progress to palmyra. Too many fronts and not enough competent soldiers, despite all the help from iran HZB and russia, is the problem. Hopefully al bab and deir hafer and maskanah scenario can end soon, and the main tiger forces contingent and desert hawks can go to palmyra and sukhnah.