Following the previous gains, the Syrian army, Liwa al-Quds and other pro-government groups have further pushed to the militant held area and liberated Talat al Barakat and the Scientific Research housing area south of Jabal Badro and launched fresh operations at Tareeq al-Bab and at the Ma’saraniyah Youth Housing

The army also keeps the option to split the remaining pocket into two, launching an advance in the direction of Aleppo Citadel. The control over strategic Police Hill in Marjeh allows government forces to launch such an operation.

The map below (made by SF on November 28) was updated with additional marks in red to show the areas of government forces operations: 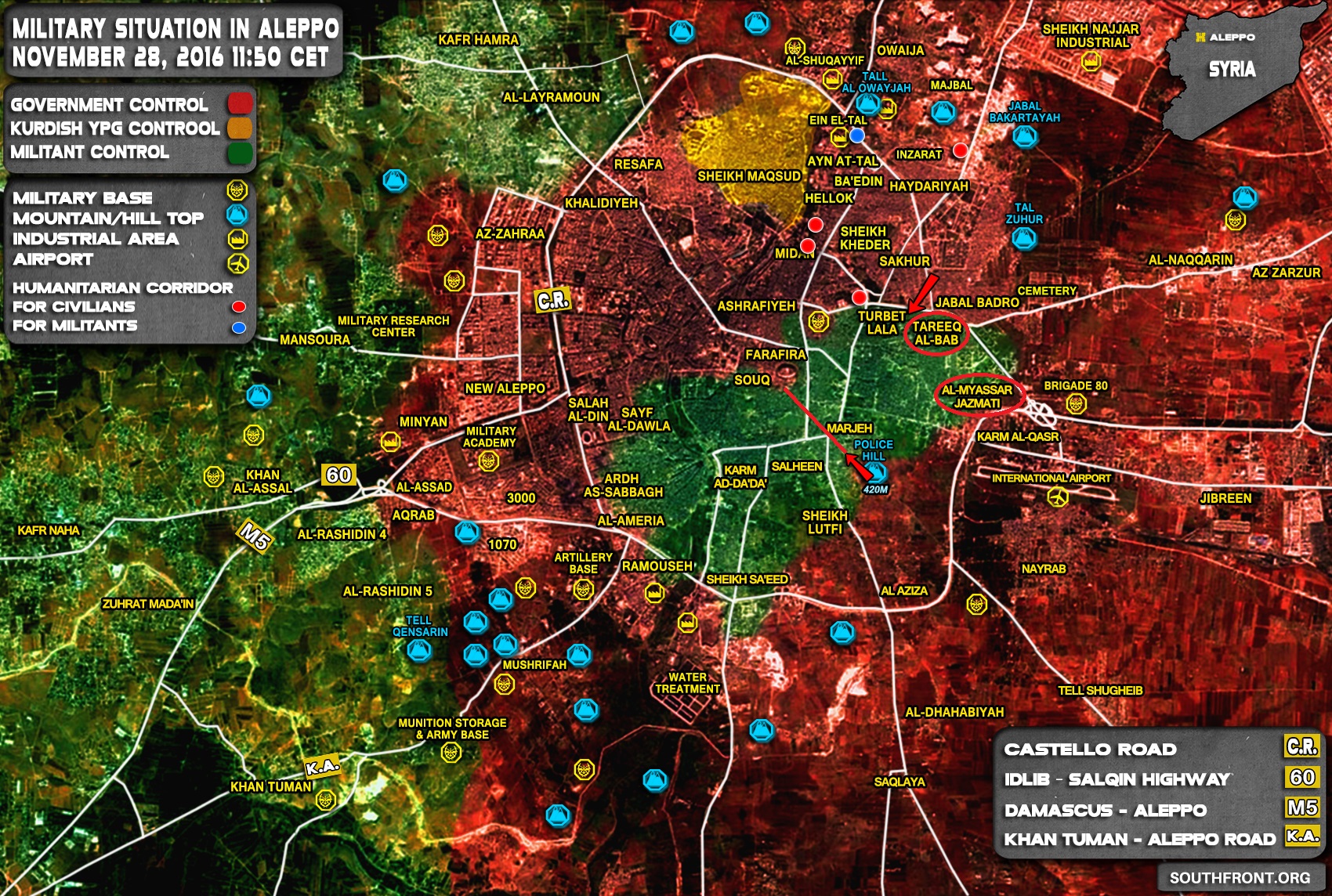 SAA you are doing magic. God willing this war will make you stronger and stronger.

nobody acknowledges the fact that almost as soon as the former reb areas secure food and water started to flow. the poor hostages now have food water and a bit more security now that they are free from the terror of the FSA

they IMO should and will split the pocket, these attacks are just baiting the enemy into concentrating in more unfortified front. only when there are enough terrorists there in north of the pocket will the SAA attempt to cut the pocket in two.