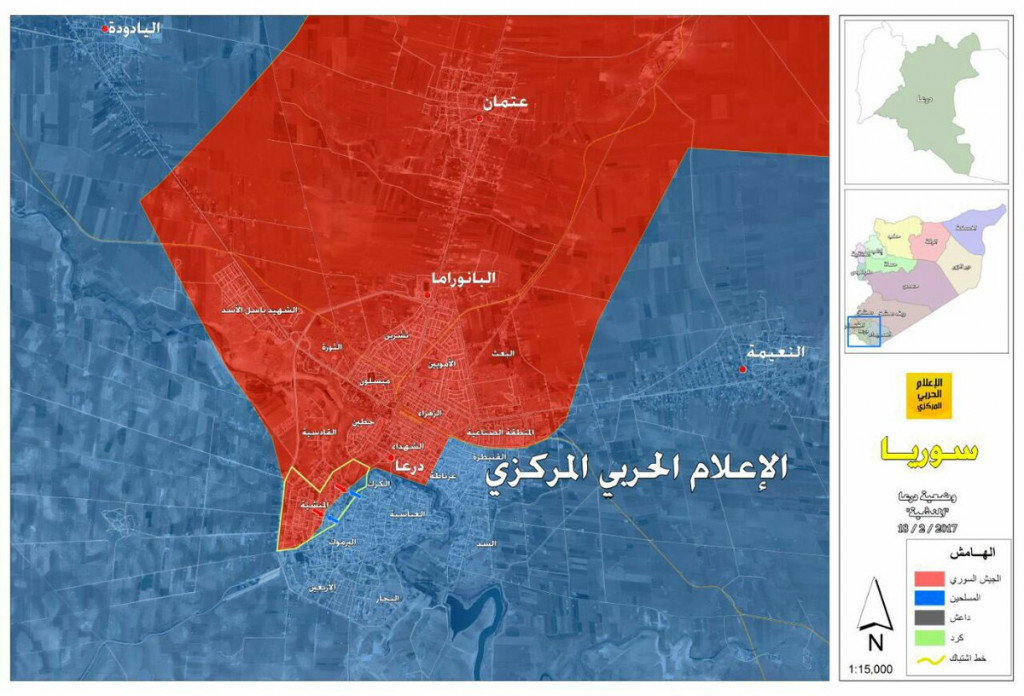 This map shows the military situation in Daraa.

Pro-militant media sources dissiminate a fresh infographics allegedly depicting the casuatlies of the Syrian army during clashes in the Manshiyah neighborhood of the city of Daraa in southwestern Syria.

According to the infographics, 30 government troops, including 12 officers, had been killed, 2 battle tanks, two 23mm guns and a buldozer belonging to the Syrian army had been destroyed. The joint forces of the Free Syrian Army’s Southern Front and Jabhat Fatah al-Sham (formerly Jabhat al-Nusra, the Syrian branch of al-Qaeda) had allegedly captured a 14,5mm gun and tank projectiles.

Meanwhile, sporadic firefights have been ongoing in Manshiyah. Since launching an advance in the area earlier this month, the joint militant forces have seized a number of building from government troops. But the militant advance faced a deadlock and now sides are engaged in a positional warfare in an urban area. 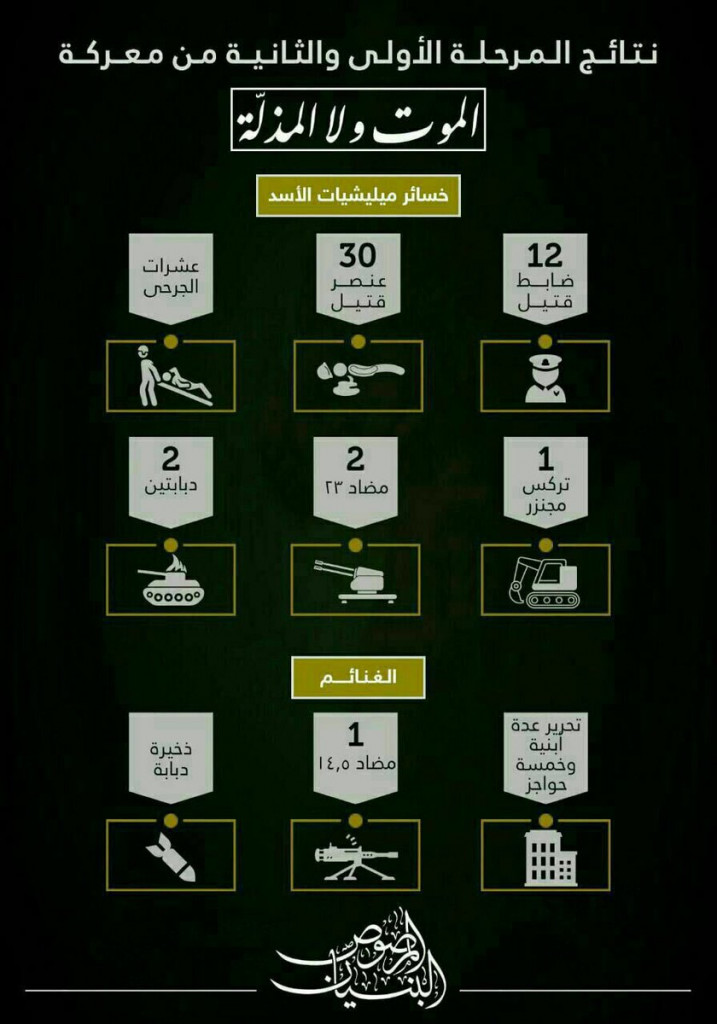 So now jihadist media sources get voice over here?

Give them a break, they don’t have to pretend that there’s only one side to the story. They made it plenty clear that this is from militant sources.

It lends credibility to a news outlet to report on what “the enemy” is saying too. Something FNN seems to have forgotten.

Twelve officers out of thirty?

Do you have any information about the names of these soldiers?