Government troops are near Kobajjep

The Syrian Arab Army (SAA) and the National Defense Forces (NDF) have reported the town of Kobajjep from ISIS terrorists at the Sukhna-Deir Ezzor highway, according to pro-government sources. At the same time, an intense fighting continued in the area of Sholah and between the Kharratah fields and the 137th Brigade area.

Earlier reports appeared that the SAA and its allies lifted the ISIS siege from Deir Ezzor reaching the 137th Brigade base. Despite this, the area between the governemtn-held fields and Republican Guard positions in western Deir Ezzor remain contested.

ISIS had deployed large reinforcements to the southern entrance to Deir Ezzor and launched multiple attacks against goverment forces near and inside the city.

The situation remains tense at multiple frontlines. However, it becomes more and more clear that the terrorists will not be able to take an upper hand in this battle.

An alleged  military situation in the area of Deir Ezzor: The exciting liberation of Deir Ezzor. On Friday I supposed, that this day will come at the end of September. But SAA+allies was a faster…Good Luck in your rightful fight…

Excellent. Now, show the goat fuckers no mercy as you soak the desert sands in their filthy rancid blood.

The east enclave is still not technically liberated. Once it is reached the daesh in between will be in a cauldron. They can try to flee through the narrow neck gauntlet north of the cemetery. If they make it through they can try swimming the Euphrates while SAA snipers use them for target practice! :D 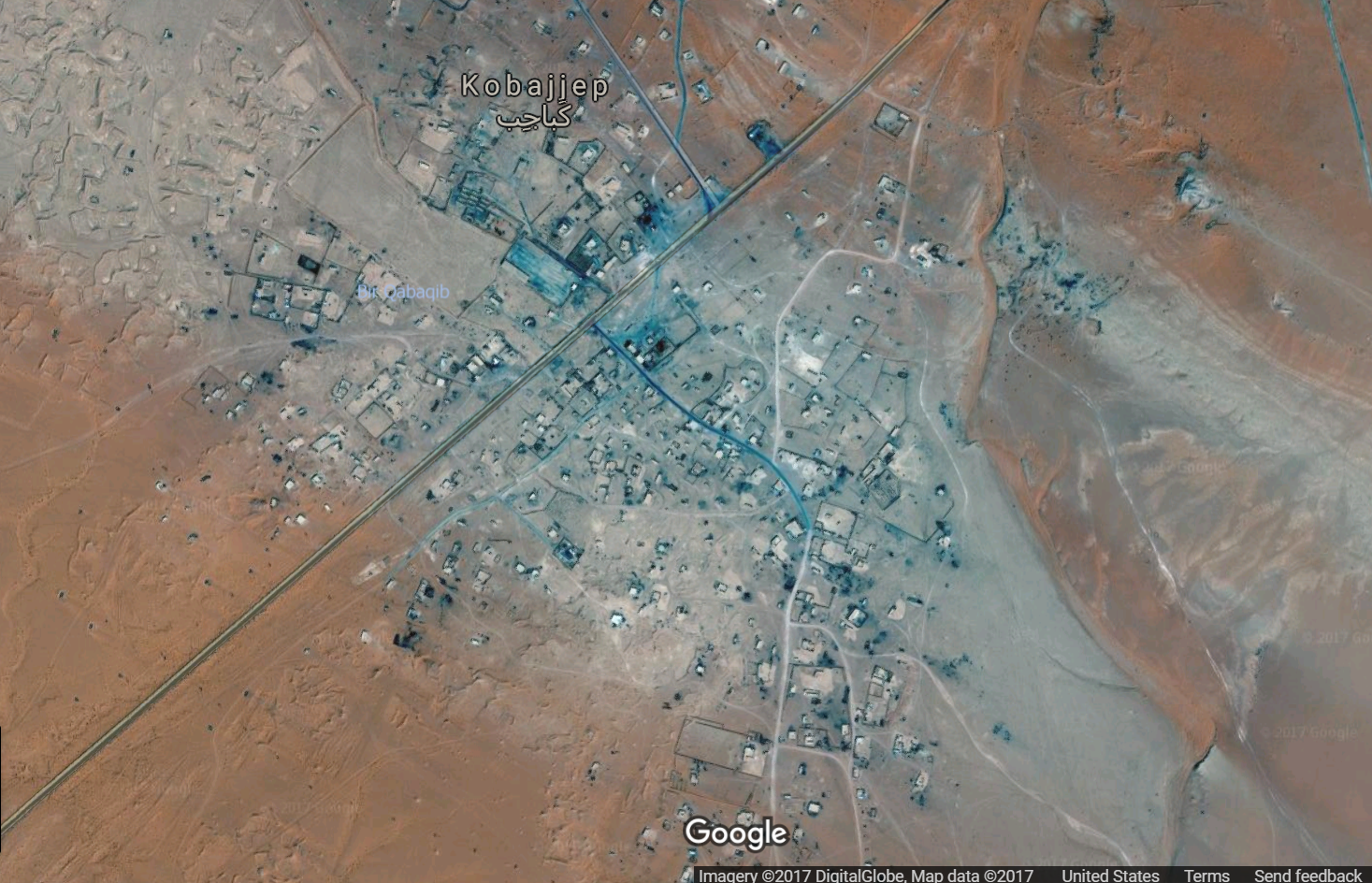 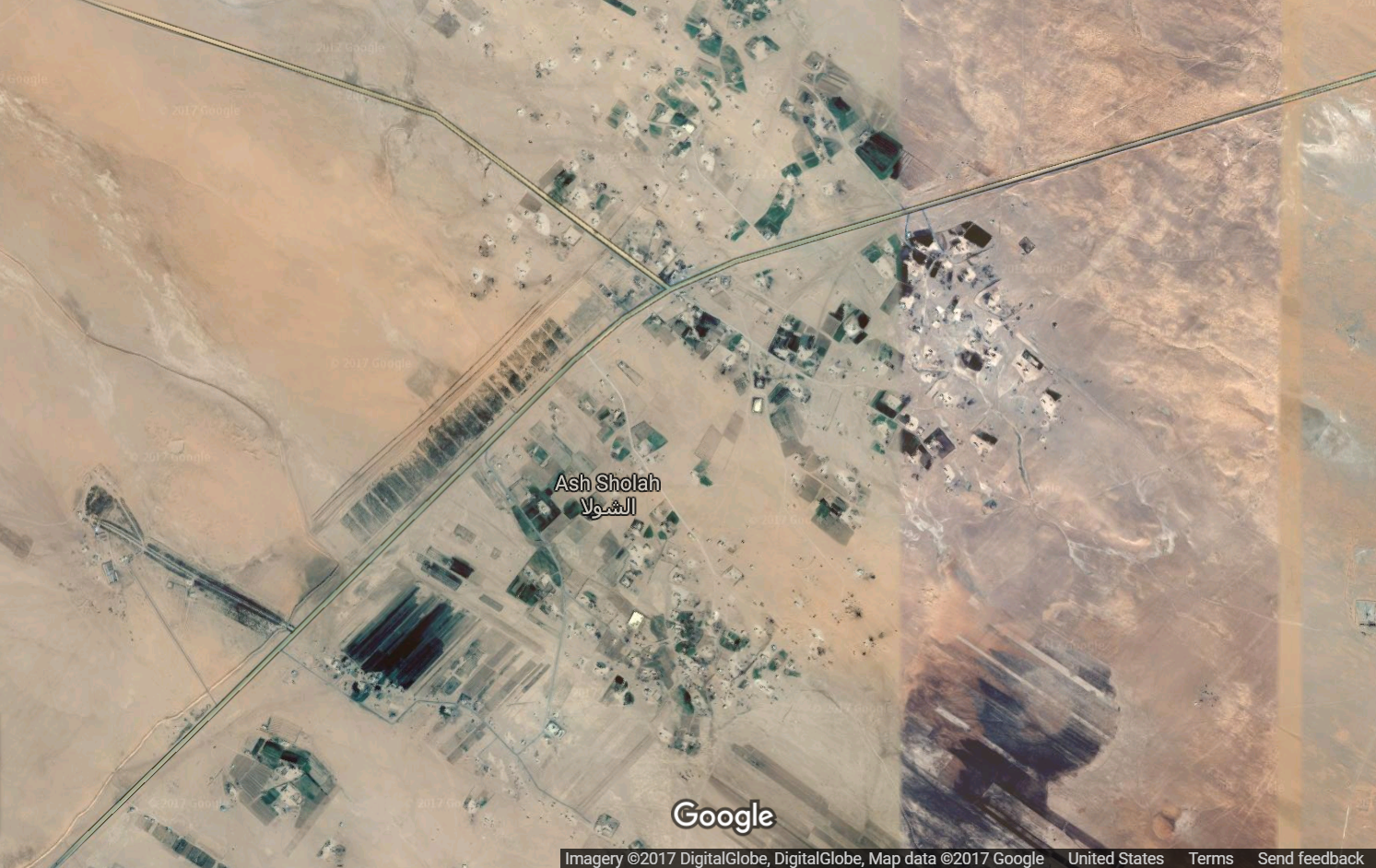 These are aerial views of the two small cities on the Palmyra DE highway before DE. Sholah is the smaller of the two, the only remaining built up area not captured yet, and the Syria government coalition should be able to clear it fairly quickly when they have the resources to do so.

Nearby Ash Sholah to the east is what appears to be an oil field, from the dark stains in the middle of the desert. SAA should at least secure that before pushing for Deir Ezzor so they have a solid base to avoid flanking attacks.

That area is secured as they went that way to send in units to support the DE garrison and they will probably send more to help push through to their lines. This will be some intense fighting since they were warned in how to take the area around Jarbal by Izzam in a short phone call with Suhleil , which they had taken last I heard. Since ISIS seems to leave weak spots and can be flanked by them.

Field Marshal Woolpuller at his best! SOF, in his comments above, is discussing an area just east of Ash Sholah and therefore south of the Sukhnah- Deir Ezzor road.

Woolpuller is talking about this conversation between 2 leading SAA generals:

Majbal (Woolpuller calls it Jarbal for reasons unknown except he often gets things muddled) is north east of Ash Sholah and north of the Sukhnah – Deir Ezzor road. It is west of the Brigade 137 area. See: https://twitter.com/Souria4Syrians/status/904718934913495041

Majbal therefore cannot possibly be area nearby and to the east of Ash Sholah that SOF is concerned about.

Woolpuller assures us “that area is secured” but also “this will be some intense fighting” before finally returning to “which they had taken last I heard” WTF?

Thanks Woolpuller for another invaluable contribution!

There’s a river and mountains west of the the DE city limits along highway where there are probably enemy positions that need to be cleared to secure the highway into DE once Sholah is secure. nothing but admiration for the heroes of SAA