Currently, the Syrian Arab Army, the Tiger Forces and their allies are aiming to retake the town of Taybah and the villages of Nassib and Um Mayazin southeast of the city of Daraa. When they are secured, government forces will be able to focus on isolating and liberating the city of Daraa itself. Well done SAA and their allies. Congratulation on rapid advance and on liberation of areas from child butchers Israel, ISIS and Al-Qaeda etc. I wish that they soon fix Syrian flags in each corner of Syria.

Liberating land which nobody defends is so heroic act and actually so easy. Try to liberate towns like the Islamic state liberated such large and highly populated Mosul in Iraq virtually without any resistance and won the hearts of the local people. Hint: You are clearly doing something wrong.

IS doesnt liberate it invades & murders scores of people – you must be a supporter of these head choppers because local people in Syria certainly dont want them present. IS caliphate is finished

Then why so many people celebrated on the Mosul liberation celebrations year after liberation of Mosul by the Islamic state from the hands of kuffr? They cleaned up the streets and established fair and clear law. The one who were angry were the drug smugglers, alcohol shop owners, narcomans, thieves. But the rest of the normal people actually celebrated.

I see they don’t have any option but celebrate and act happy for the isis occupation cuz they’ll lose their heads otherwise ? Isis doesn’t like opposition or people thinking different…or just thinking.

may I ask u where do you live currently ?

For example Caliphate celebration of Raqqa (the only not removed video showing the truth on ISIS on youtube) https://youtu.be/AUjHb4C7b94?t=14m38s

See the Muslims around? They are happy that justice is finally established and now it is joy to be a Mulsim. There is saying that lie will never cast shadow on the truth https://youtu.be/m7LEiMts6s4?t=3s https://youtu.be/LSPXpzqrP8o?t=1m2s

Israel cannot make anymore Calif in Syria and in Iraq. Come to US and make Calif here.

Good idea, pass it to Trump.

Golan is guarded by Syrian Jews.

As Palestinians are hostages similarly Syrians in Golan heights are also hostages but don’t worry they will soon be freed from child butcher Netanyahu and his gangsters.

They missed the 5 checkpoints west of Nassib crossing and the Air base just west of Daraa city some parts in the city are reconciling, after this Idlib is next.

I think he probably has.

Here is a strange one- “I think he is working with Syria-Assad and Russia.”

First learn to think straight if you base your thinking on the wrong facts then your whole thinking is wrong and result is flawed. ISIS are NOT US backed terrorists PERIOD. Erdogan will never be ally to west or east but to Allah swt and his religion. Erdogan helped the muslims in exchange for oil and he ordered to shot Russian planes which tried to bombed the mujahideen of ISIS (very heroic act). Al-Qaeda was American creation but every sane and informed person knows they quickly get out of their hands and turned from them. So a small history leasson ISIS actually RUINED the huge US investvment called FSA and as they say they stole “their” revolution and killed many of them while rest defected to ISIS. Can your chicken brain figure on its own?

And yes Erdogan is nationalist and nationalism is haraam but he is still Muslim with his heart in the right place and you can see it on his actions that he helped and liberated towns from the hands of PKK atheist kuffar. He is very smart and he will never be loyal to the americans, the russkies and any other country of disbelief on this world. He won hearts of the Muslims. And he will protect the idlib people, he made a secret deal (not that secret) with Assad so our ISIS people can live and will have their own smaller version of the Islamic state of idlib. Assad will never allow his troops to attack this holy place and we will slaughter with own guns those who will invade it (The Iranian shiite militias are too easy for us to care about it. They are simply dumb, they dont even know how to disarm IEDs and they blow themselves up in the tunnels, houses and everywhere yes you may ask me which shiite has IQ higher than 70? I think only few of them while the Sunnis got 95 IQ in average). https://youtu.be/GfZ9A_MKjfM?t=2m22s

The Edlib caliphate – The paradise for the Muslims, expanding and remaining. The original vision of ISIS ideals of Muslims living in peace and justice without disbelievers.
https://youtu.be/sTxvdBA2XXI?t=2m6s

There is not such a “ISIS idea” of “muslin idea ” or caliphate idea” because nothing is coming from muslims but from ISarel-USA-NATO. They have just brain washed many foolish arab muslim.

1001 holy arabic nights by Gustava the Great himself.

Since ancient times Idlib has heroes, the Sunni Idlib stands for centuries – Honorable, brave and afraid of no one! Our mothers gave birth to thousands of heroes…
http://news.gooya.com/politics/images/adlabDaaesh1.jpg http://i.dailymail.co.uk/i/pix/2015/03/29/video-undefined-271D1BB900000578-21_636x358.jpg

We can go on with that, if we wish.

I am not aware of the IQ of Iranians, but we try to say IQ is also depended in, what You learn to handle in Your inviroment.

By that I see a kind of low in very big parts of islam. You learn – fx explained as in Sunni – that changes of a lot is not possible. Its even forbidden to debate them.

By that You have a fathers rule by old men and hardly no women. So IQ in all activity and not only the Iranian and Syrian soldiers, are to obey any, which are not raised into own thinking himself – And HIM.

Its terrible for me to say – and no joke – that even sitting on oil and gas none in the middle east are able to produce even simple plastic buckets and save import as well as creating many jobs.

When we see many incommers here, many are not refugees. So many has no jobs even the wages are low as in China, India and Vietnam.

I see exact the same for Syria. 0 land reforms. Only PYD/SDF has one in the whole Syria even all know simple changes can make miracles in that sector.

Its much better to have 10 ha making 40 times then 40 ha making 10 times. It saves a lot of water as well as fertilizer. They systematicly make big areas salty too, because the river and rain water evaporates and not are protected by heat and sun.

And its easy to sell even low class products. Most countries in the Middle east import food and even poor people has to eat. Here there is no structure for distribution in cooled trucks for it. So the less people in a more effective agriculture production can get jobs and not only as drivers.

And i forget you pretend there is only choice between West and East. I tell you there is not.

And watch this https://youtu.be/UYl5J7PoBiE?t=9s “Russia is like a poisonous sanke waiting for the right moment to bite you, but once it tries we simply cut off the head”

The time of ISIS has gone. Israel, ISIS and Al-Qaeda are now weak. Syria, Russia, Iran, Hezbollah, Palestine and Afghani Liwa Fatimuon have removed battries from their bodies.

No it isnt as whole not if you think of ISIS as Baghdadi organisation then yes but the mujahedeen are stronger than before. And the message of Islam is finally being heard.

The true mujahid is that to save Islam not make it notorious, as the 21st century Mujahidines are doing.

Thats not correct at all. Its systematicly used for killing – and 99% of them are muslims(too).

You dont get a thing, do You. Everybody can declare a Fatwa too just telling, what they dont like accordin to what they see in islam.

They cant read and are teached by local teached by locals in a mix of ancient culture and keeping all new ideas down and especially to keep females dowv, so the men can look internal clever, because women are raised for sales and by like cars.

And if they can read, its certainly not Old Arabic alread in 2 versions when they copied it to the world of Islam.

ISIS only know the part, where Muhammed took over the Arabian Peninsula by 11 years of civile war.

You are missing more then 1 eye.

Not way,, anad never will be.

This is Islam, an absurd theology of an immoral Bedouin, a rotting corpse which poisons our lives.
Mustafa Kemal Atatürk

Erdogan has choosen east and only themselves, thats why so many never want them in EU as well as Nato.

If Erdogan should be anywhere near to be a chairman for that, it would be as a carpenter. 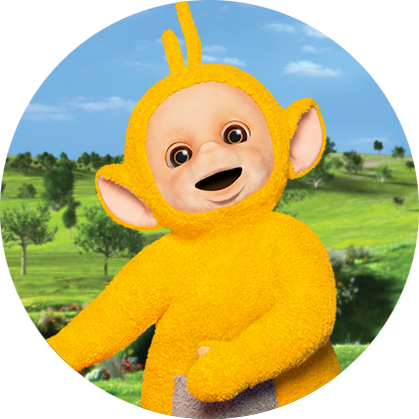 Muja Suria
Reply to  You can call me Al

You can call me Al
Reply to  Muja Suria

New ISIS tactics ?, I dont know, I am still recovering from yesterday.

Muja Suria
Reply to  You can call me Al

this is the craziest thing i ever seen in my life, tatally insane ?? can’t even believe that this is real lSlS poster

Well over 100 buses are getting ready to send 1500 HTS and their Families on Green Bus scenic tours to Idlib where they will stay in a luxurious Al Qaeda bunker awaiting their end days in Idleb,Syria and Afrin next to remove the Turk Kebabs.

Damas´kus wil be a lake for ruin divers.

The US backed terrorists Israel will flees from Golan Heights so soon, just wait until SAA take all Daraa and start operation in Quenetra.

You must be mad.

now all is left, is the europeans to awake enough, to do as the Syrians are doing and free their homelands from this vermin, that pollutes their earth.

Just as soon as this season of Eurovision wraps up, the boys’ll be in their boots.

The send of the siege of deraa will be another major victory for the SAA. It casts further doubt on the possibility of idlib remaining in al Qaida hands under Turkish protection. After deraa the pressure will be on turkey.

Turkey has to decide, are they going to continue serving Israeli and Saudi interests by dividing Syria, or are they ready to make peace with Syria.

The real world is not like that at all. It was Russia, which let Turks and their flee market to have Afrin.

They decide empire and war!