The Syrian army’s Tiger Forces fully secured the area around Deir Hafer and took control of the nearby village of Um Tinah in the province of Aleppo. The further operations are developing in the direction of Al-Mahdum.

Important comment: The situation inside the city of Deir Hafer remains unclear. While the city was reported to be liberated by government troops yesterday there was no official announcement. Photos or videos from the area didn’t appear. This is why SF releases this update of the map where Deir Hafer is marked as not liberated. SF is following the situation and providing an update about its status as soon as possible.

However, it’s not clear when the storm of the  Jirah Military Airbase, another important ISIS stronghold in the province could be started. Earlier this week, the Syrian military had redeployed a notable number of Tiger Forces fighters from Aleppo to Hama in order to fight back the ongoing advance of Hayat Tahrir al-Sham-led forces in the area. Thus, the military capabilities of the government forces operating in the province of Aleppo were limited. 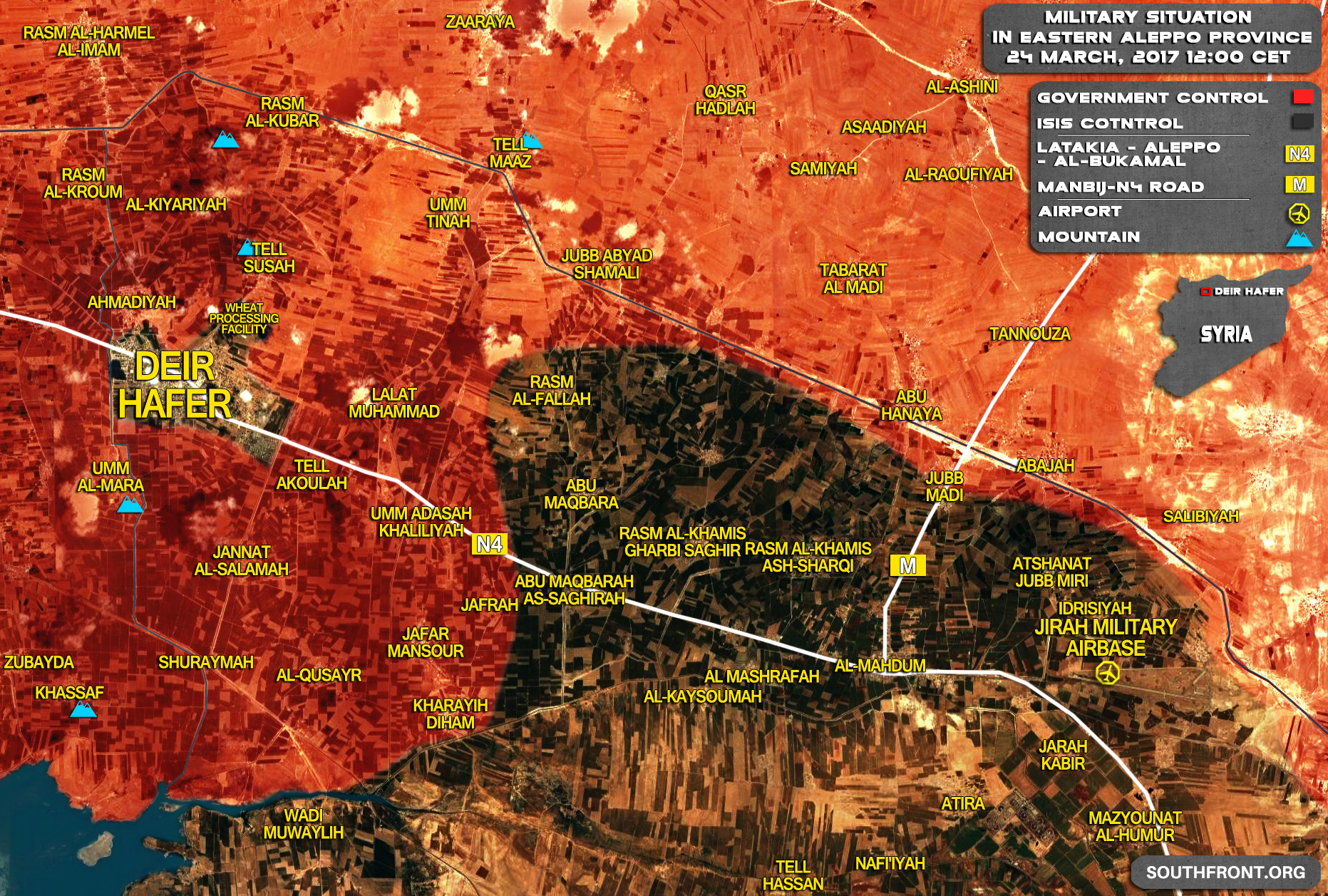 Dear friend, thank you for the feedback. Government forces secured the area, but the status of the town itself remains unclear. You are right that the map should be updated.

It doesn’t matter much as long as the offensive continues. If there’s any ISIS left in Deir Hafer they’re not going anywhere. Let them rot there while the offensive moves east.

Allegedly there isnt ISIS there,only thousand of mines . Risky to go before demining them

This Al Cia Da Israeli offensive toward Hama is designed to releive pressure on Israeli’s ISIS ally in eastern Syria .It is temporary, should be crushed within a week, with very large losses to Al Cia Da so they won’t be able to do it again for a month at least and the Tiger forces etc. can go back to liberating Eastern Syria stopping just outside of Raqqa and then return to liberate Idlib. Let the Kurds and the USA take big losses attacking Raqqa. The SAA can attack Raqqa after the Kurds and the USA have suffered large casualties doing most of the work