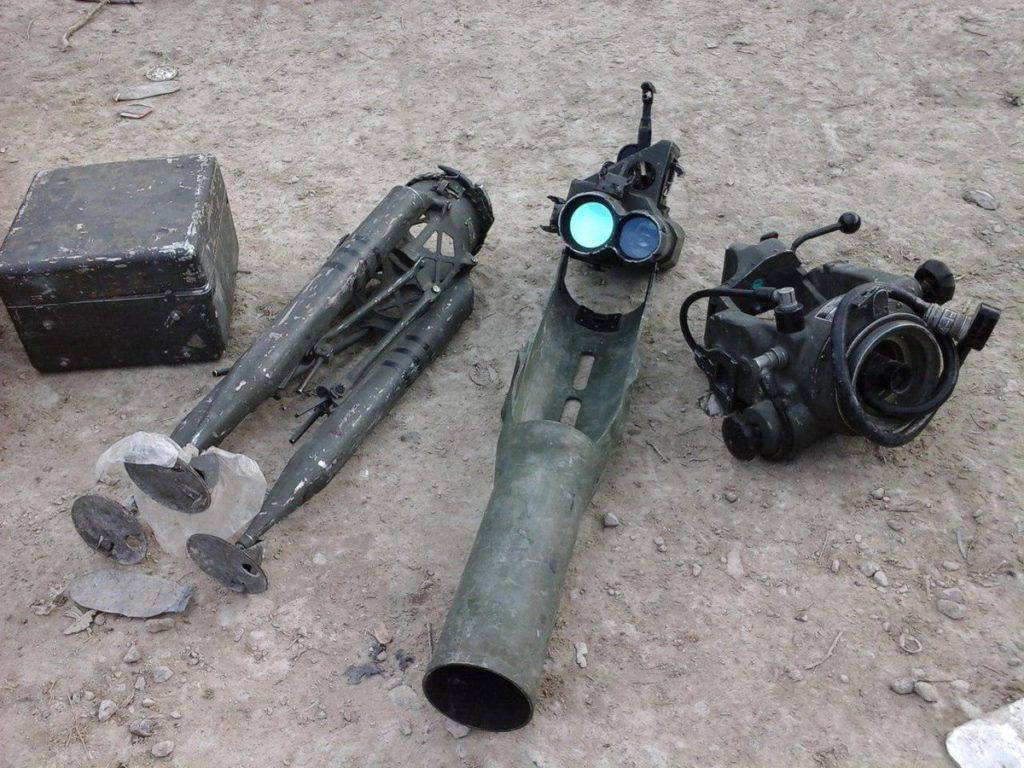 Following previous advanced in Eastern Ghouta, Syrian government forces have continued developing momentum in the eastern part of the militant-held pocket, liberated the village of Rayhan and entered the village of Muhammadiyah.

An intense fighting is now also ongoing in the vicinity of Beit Sawa and Mersaba.

The advance followed an end of daily humanitarian pause in the area, which had been set to allow civilians to leave the combat area. However, Ahrar al-Sham, Hayat Tahrir al-Sham (formerly Jabhat al-Nusra), Jaish al-Islam and Faylaq al-Rahman prevented a major part of the civilians attempting to leave from evacuating the area. 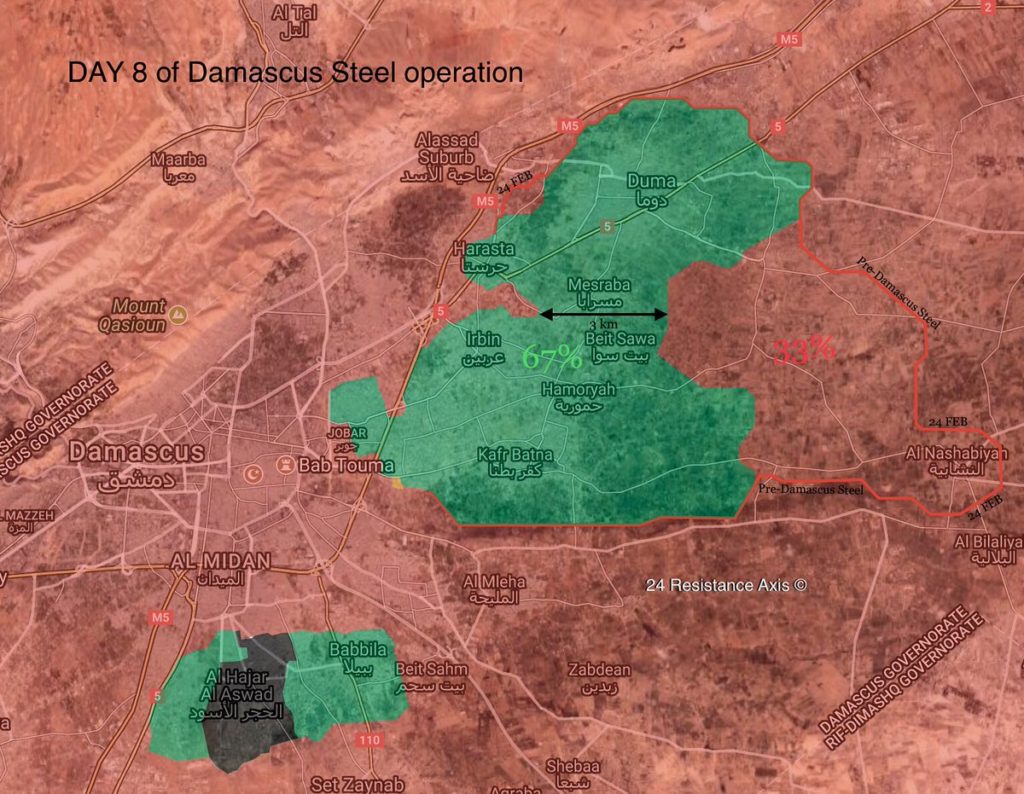 Great victory will be soon! Yarmouk rats will be next!

Yarmouk first. It is IN Damascus.

Terrorists are hoping to get air support from USA-NATO somehow. However, they are already lost.

NATO still rubbing their hands together trying to get their permit.

Bertha
Reply to  as

Gℴogle is paying the people $99/hr to complete easy jobs from the comfort of home . Do job only for few hours daily and live happy more time together with your own friends .. any individual can also benefit this easy work!!this Tuesday I purchased a brand new Aston Martin DB5 just after earning $18200 past month .it is truly my favourite-job but you could now not forgive yourself if you don’t have a peek at it.!gx143y:❧❧❧ http://GoogleSourcePartTimeJobsFromHome/make/98$/per/hr… ♥♥a♥♥♥f♥♥q♥♥w♥♥s♥f♥y♥p♥♥♥s♥♥♥b♥♥a♥♥♥f♥j♥♥♥a♥x♥f♥v♥♥t♥♥♥a♥♥g♥♥j♥♥k♥♥t♥♥h♥♥j::!ow02g:qmivg

This is what the US proxy terrorists are hoping for I think ?

Exactly ! I hope Russia do not allow USA-NATO to attack Syria army.

how many snow-shovels are they pulling :-O

Those all were shot down in Vietnam when they lost that war – LIKE THEY WILL LOSE THIS.

This was to expected, that terrorist will not allowed civilians to leave after humanitarian aid delivery.

Losing Rayhan means Douma will be liberated next! Give it up, Orcs. Green Buses are waiting! :D

Green buses to hell maybe – no more moving these scum.

I once watched a farmer clear a bush paddock, he started at the edges and worked his way in. The last bit to be cleared was full of rats and mice, stuck in the last bit of shelter, birds started appearing, when a mouse made a run for it, a magpie would swoop and score a tasty snack. The map above reminds me of that paddock, all the rats trapped in the middle, waiting to be picked off.

Thank you very much SAA soldiers for your consistently/your determination and your dedication to LIBERATING Syria from Wahabhist terrorists paid for by USA.UK/Saudi Arabia/Qatar and Turkey.Fake news will nEver ever stop you form the total liBeration of Syria from the scourge of Wahabhists Terrorists and their DISINFORMATION AGENTs/ASSETS in Syria EG WARsington HELLEmets/Hooligans/Henchment who are the rovinG fake media agents which can be rotated to any country needed for the work of DISINFORMATION and PROPAGANDA. NEO CONS and Liberals cannot get enough of them.