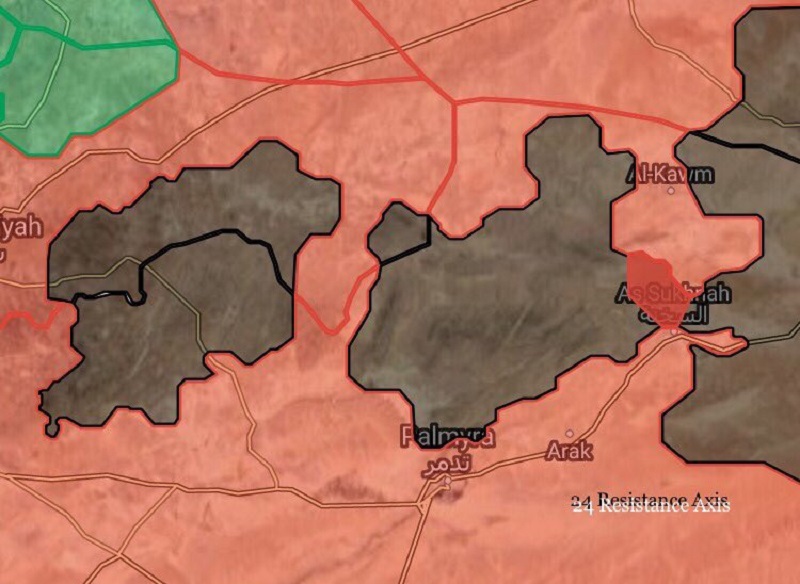 Pro-government forces, led by the Syrian Arab Army (SAA) Tiger Forces, have liberated the Dahik Mount at the Sukhna-Resafa road and created the second ISIS pocket in the province of Homs. Now, ISIS terrorists are encircled in the two separate ISIS-held areas: in the area of Uqayrabat and in the area northeast of Palmyra. 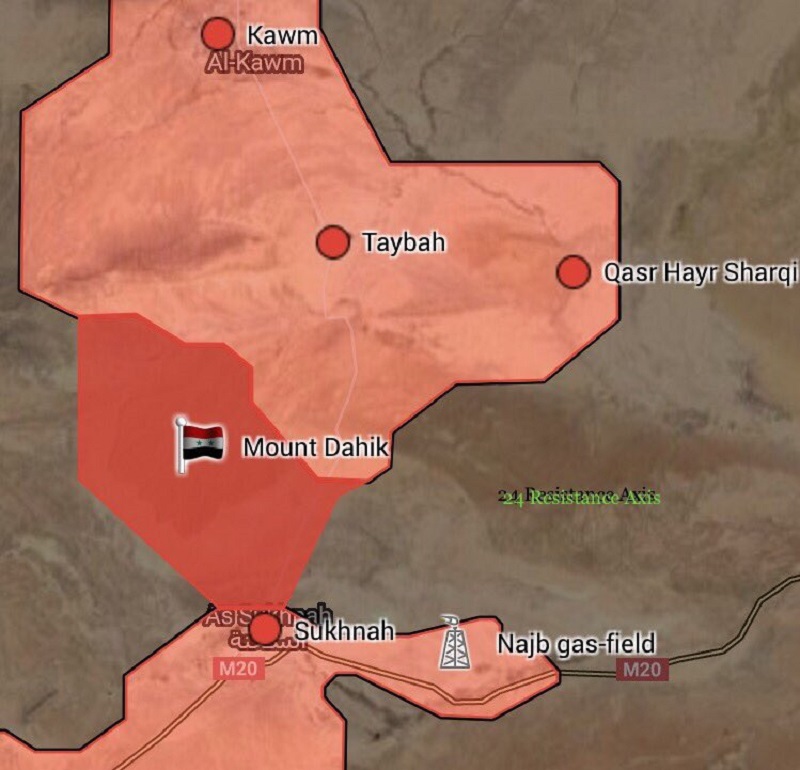 This week, the SAA and its allies have made large gainst against ISIS in central Syria and will likely liberate the entire area north of Palmyra soon.

Government troops are at the Dahik Mount: 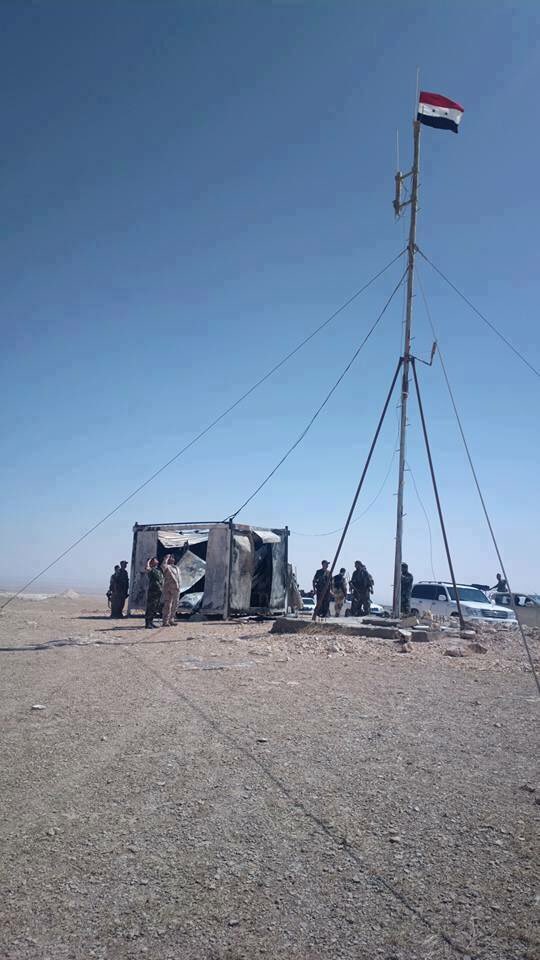 I hope there is a contingency plan in case a US Cowboy Pilot thinks he is bombing civilians in Raqqa :)

Anyway, this is a great achievement for the SAA and the sooner the vast pockets are cleared the better as the SAA manpower will soon be tested by the US proxy thugs in Idlib.

Yep Jihadimap is reporting Isis/Nusra joint op and they have cut ithrya-Khannasar road, hopefully local forces can deal with it if true and they dont have to divert the Tigers again. if they unfortunately have to they ought to take the whole eastern bulge of Idlib.

This pocket will be cleared faster than the the first pocket . And finally Palmyra will be secured from the northern side

Yes, this east pocket Will collapse soon. The west pocket is going to last a while, but that’s ok, Isis there aren’t going anywhere. SAA can focus on driving to deir ezzor and lifting the siege there.

Then, if the opportunity still exists, cross the Euphrates to reclaim the oil east of deir ezzor. If the sdf don’t claim it first.

The SAA has advanced already north as they are going in 3 groups towards DE the Tigers ,5th assault corps and the 800th Elite regiment along the N7. The only one claiming anything over there is the US and it’s FSA proxy groups from Jordan.

Are those areas free of civilians? Then a vacuum daddy or tow ought to make ISILs rethink their beliefs…

Erhmmm… as long as there are NO civilians. Not even one little one.

They say many of ISIS are from a local Sunni tribal clan whom supported the Muslim Brotherhood.

If they are locals they are Syrians. Leave them for Asaad govt to deal with.

Big congratulations for these succes!

more similar to some types of cheese with warms inside:)

You know, I’m amazed that so far, knocks on wood, despite having taken over all other headchopper groups in Idlib, Al Nusra still has not launched yet another major offensive. If there was ever an ill opportune moment, this would be it.

Maybe Turkey stopped supplying Al Nusra in favour their FSA and Ahrar al Sham? That they suffered to much losses in the 2016 Hama offensive?

So nice :))) but I heard daesh started a big offensive in the south and did a lot of damage I hope it ends miserably soon for them!!!

A cross-border raid that did a lot of damage, but will have no effect on the course of this war. And again the US anti-ISIS coalition is nowhere to be seen. What a useless bunch.

What would be the closest airbase to DeZ now? I don’t include the makeshift helicopter base made near Tabqa, I’m talking about an airbase in which Su-24’s, SU–22’s and SU-25’s (and the like) can be launched from! Does anyone know? Or are they only Launching from the Kwyrs and Tiyas at the moment? I was thinking perhaps the T3 airbase of the Palmyra airport could be used now! Does anyone have any info on this?

Tiyas is the main one, the Russkies have 4 Frogfoots there, I dont think T3 is set up for Air ops, its an airport to drop oil workers off.

OK, i just thought with the distances and reaction times that perhaps these airports could make do or even be upgraded to make do! I dont think the T3 is secure enough anyway, even if it could be used! But Palmyra airport is a possibility though! Anyway i dont know enough about aircraft and airbases to know why, so thanks for the info!

Nest week, in Deir Ezzor. This is possible with the help of russian aerospace force. Just do it. A coordinated attack can be made along Euphrates River and central part.