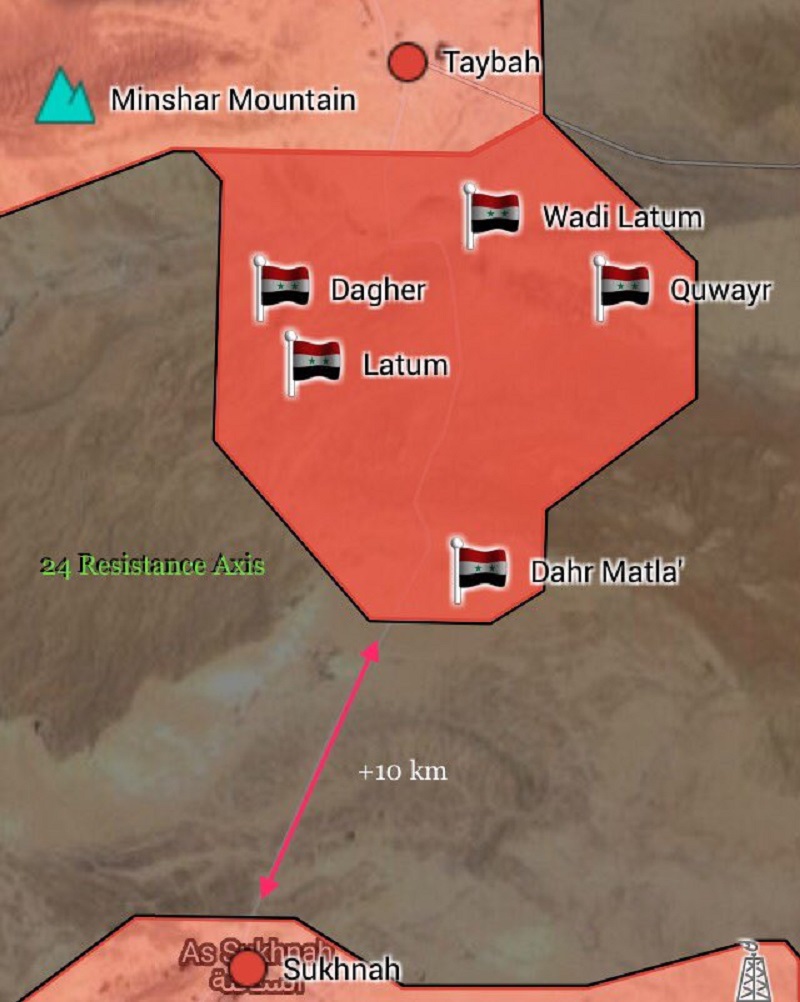 Government forces, led by the Syrian Arab Army Tiger Forces, have liberated the villages of Wadi Latum, Dagher, Latum, Quwayr and Dahr Matla south of the recently liberated village of Taybah at the Sukhna-Resafa road.

Army troops and pro-government militiamen are now in only 10 km from Sukhna. If they are able to meet their counterparts in this town, they will fully enircle ISIS terrorists in the area north of the Homs-Palmyra highway.

Some sources even speculate that government forces have already made this. However, no photos or videos have been provided. 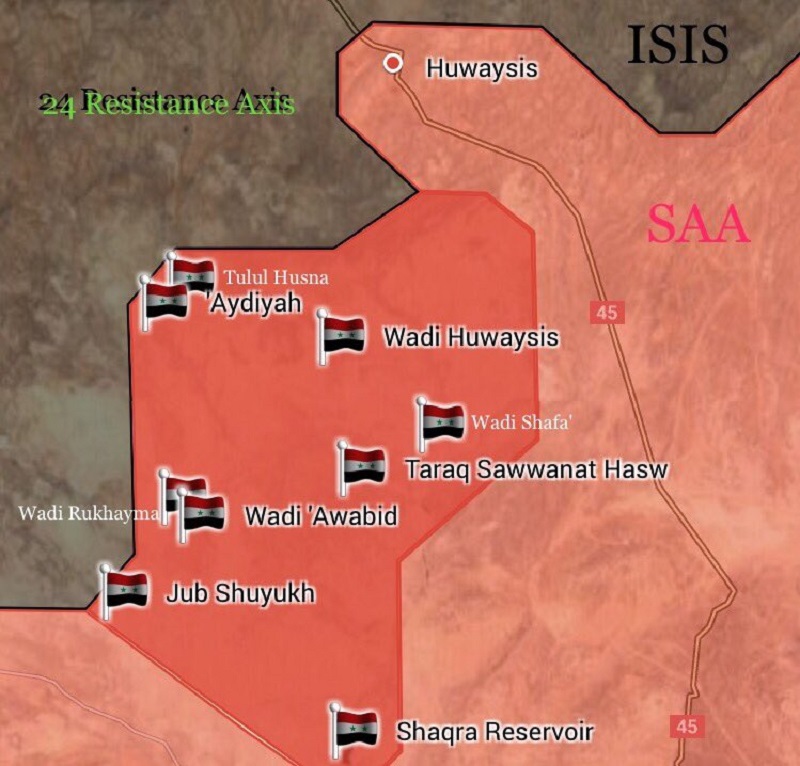 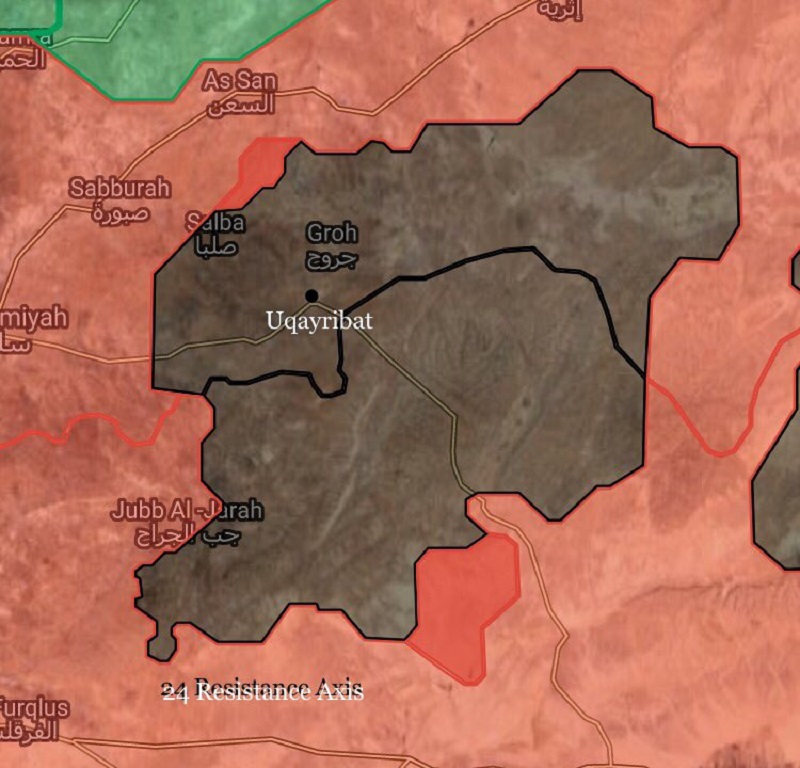 some sources say that the second ISIS pocket has been created

Any attempted breakouts by ISIS will of course be dangerous for the SAA but in turn the breakouts will concentrate larger ISIS formations in smaller Kill Zones for the Russian Aircraft to deal with, so that will have some advantages .

i think they will never regroup. They have nowhere to go :D So, cleaning the pocket will be slow.

I went to a small market in L.A, and saw on the news that Trump did not listen to the Taliban letter, and instead will not identify the amount of U.S pawns or servicemen (if you still call them that) into Afghanistan. Now WTF has gone into that man’s mind!

Only 10 km is the rest until the creation of the new pocket. Go ahead, Tigers!