Pro-government forces, led by the Syrian army’s Tiger Forces, have reportedly lauched an offensive in the eastern countryside of the Syrian city of Aleppo.

Unconfirmed reports in pro-government sources appeared on January 17 that pro-government forces advanced against ISIS terrorists, seized the village of A`bad  and attacked Rasm Al-Abed. The advance was reportedly backed up by artillery and airstrikes.

If true, this advance can be a government response to the ongoing ISIS advance in Deir Ezzor. 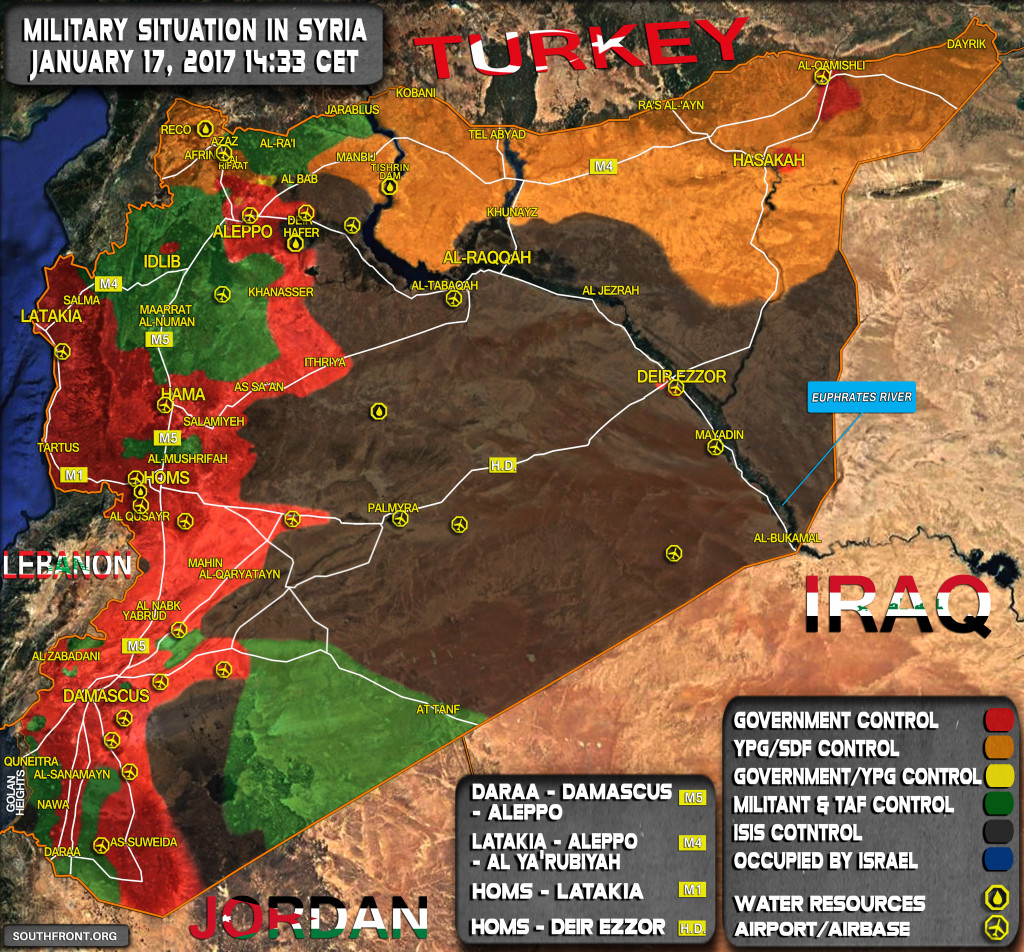 The offensive is led be Suheil Al Hassan.The goal could be Tabqa.It is not sure for now.The offensive was planned for more than a month.

Deir hafer and the water pump near Euphrates and the airstrip is more logical targets.

Yes, agreed. Then hopefully co-ordinated advance down the N4 with 555 Brigade Grouping from ITHRIYAH pushing NE