In the western countryside of Daraa, clashes intensified between the joint forces of the FSA and Ahrar al-Sham, and the Khalid Army, an ISIS branch in Daraa.

HTS announced that it managed to kill 10 Hezbollah fighters in al-Manshiyeh district during the clashes on Saturday. However, on Sunday, the FSA and HTS started calling for support because of the pressure faced from the SAA. It looks that would be unable to stop a possible advance of the SAA in Daraa al-Balad.

More than 12 militants of the FSA and Ahrar al-Sham have been killed so far, including Mohamed al-Hayek, a field commander of Ahrar al-Sham. ISIS also killed one of the TOW missile operators of the US-backed Syrian Rebel Front and destroyed a FSA battle tank with an ATGM and a Shilka vehicle with an IED in the village of Ajmi. 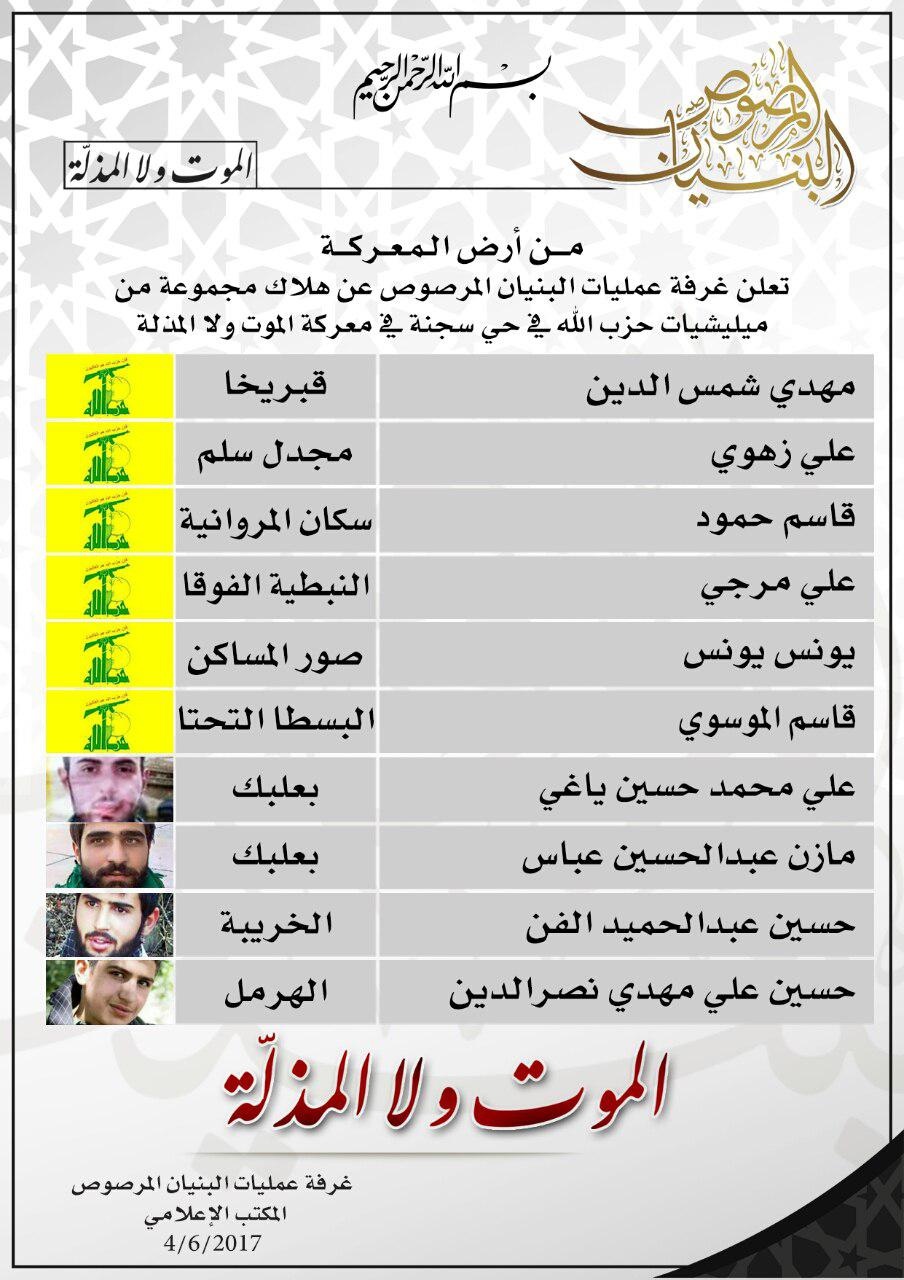 i knew so, that the pictures of persons are forbidden in islam.