According to pro-government sources, army troops are now working to clear the chunk of the M5 highway from the town of Babeela (north of Maarat al-Numan) to the village of Hist, where a Turkish observation post is located.

Since the Jannuary 27 evening, the Syrian Army had liberated the villages of Mouqah, Aamoudiyah and Aamariyah. The militant stronghold of Maarat al-Numan remained besieged. Local sources say that miltiants are currently preparing to withdraw from the town.

Another hot point of the battle for Greater Idlib is western Aleppo, where the 4th Armoured Division is engaged in an intense fighting with militants. Local sources say that the Aleppo advance is a diversionary strike designed to drew attention of the Hayat Tahrir al-Sham leadership from Maarat al-Numan and contain reinforcements that it can send to southeastern Idlib.

When Tigers are attacking everything looks so easy.
All resistance is crushed in front of them !
Idlib will be free and nobody can stop that !

Do not forget Russia air force support. Without this support, not advance at all.

You are pulling my leg aren’t you gustavo?
I know that you don’t like Russia and I don’t care any more.

Because you at least as Westerner are out in the open with your position.
While many others here are perfidious beck stabbers.

You are wrong on what I think about Russia. I am critical observer, that is all.

ok critical observer,
how come you never get idea that Russians maybe don’t have other options apart from war?…
So in those moments they look for alternatives to war in diplomacy and even in lots of compromises…
Sometimes they had to use tactics since Russian power in Syria is limited.
It can get boring and frustrating but it has always worked as tactics at the end !
And we have proof today that Russian tactics (as boring as it is) brings the result in the long run!

Wrong, Russia is trying to play to games at the same time. Helping Syria to recover its status and land, and not trying to get mad Erdogan because of the commercial and economical ties between them. Just have in mind that Russia has stopped twice SAA-Russia ground offensive on Idlib due to Erdogan request. Turkey, on the other hand is trying to get more territory from Syria land and to help (USA-Israel) to destroy Syria economy (supporting terrorists in Idlib). If Turkey gets out of NATO, returns Syria land to its owner, and get rid of nuclear weapons in its land pointing to Russia and China, then and only then, I could have some confidence of Russia-Turkey relation.

Iran has their signature on the agreement also !
Peace in Syria without Russia, Iran and Turkey is not possible!
Assad must win the war against pro-Turkey terrorists because they will never leave unless killed or forced to leave!
Turkey will never help terrorists directly because Russia blocks them!
Once terrorist defeated Turkey will accept the fact that they have lost the war and that their terrorist can’t return to Syria!
Till all that happens Turks try everything to at least slow down SAA advancements!
What you call ” to play games” is called diplomacy and is only different
method to fight ! Russia can’t ignore Turk demands completely. Anyways the result is always the same maybe just little bit slower.
But that is the price to pay if they want to have Turk supporting free Syria after the liberation!

The Russian formula WORKS because those short brake’s have never lasted long!
Terrorist lose ground !
But problem with biased people like
you is that :
You explain everything in NEGATIVE way for Russia even though final results are always POSITIVE!
It is not ideal but it is good enough!
You have no proof that Russia did any favors to Turkey ever!
Turkey is doing pipelines gas transit for big PROFIT so why would Russia do any favors?!
And why is Turkey loser all the time in Syria if Russia does ‘favors’ to them?
Turkey is needed as supporter of unified Syria after the war, even Iran recognizes that !
There is no way to build lasting peace in Syria without Turkey but their pro-Turk militias must be militarily defeated!

Saying that you are “pro-Russian” is joke since you almost always talk negative and blame only Russia. You refuse to see that situation is like that they have no other choice if they want to have Turkey respecting agreement.
And Russia is there to enforce that Turks respect agreement.
Russia would NEVER attack Turks so they had to find non military solution, a COMPROMISE that accepts Turk interests also . Iran has their signature on the agreement also !

All of you deliberately forget that
Astana was COMPROMISE between Russia , Iran and Turkey over Syria!
Russia will not ever start regional wars against Turks, NATO, U.S. or IsraeHell unless forced.
Yet you all (Muslims and Westerners) want that Russia sacrifices her interests all the time to help Syria!
Russia will not help more than what they offer already.
So compromise is the only way out
With so many enemies even Turks are option for Assad as long as they leave Syria once war is finished.
And Russia will see to that.

The map is terrible to look at, hard to understand! How about increasing the resolution and having, in the corner say, a smaller reference map that shows what area we’re looking at, in relation to the Syrian/Turkish territory!

Concrete Mike
Reply to  The Man

For something thats free you sure do complain alot!

The Man
Reply to  Concrete Mike

The Man
Reply to  Concrete Mike

Bill Wilson
Reply to  The Man

You need to click on the map to see it enlarged then in greater detail by clicking on it. Doing that will reveal why Damascus wants to regain the land where the highway runs.

The Man
Reply to  Bill Wilson

Hey Bill, thanks for that. You’re much better than that nasty Concrete Mike who, God knows how, replied to my post as soon as I hit “Post as The Man”… I hit enter and was going for a piss and ‘ping’… he replied…. within a couple of seconds… completely ruined my ‘alone time’. 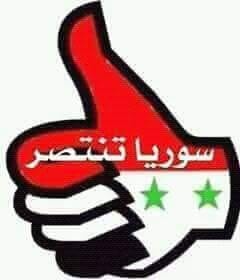 As predicted, Idlib is a hollowed out shell that cannot offer serious resistance any longer. There is a strategic problem though, a choice between taking all the soft targets in Idlib or tackling the harder and built up Aleppo area. Whilst both will fall in due course, the problem is that in Aleppo the jihadists might decide to release everything they’ve got against the civilian areas of Aleppo before running for it, out of spite and hatred knowing they face a certain defeat, or more likely under orders to do so from the satanic controllers. It’s a tough one. Hundreds of civilians could die.
Still, it is a good feeling seeing so much of Idlib reinstated to its rightful owners. And thanks South Front for the dotted lines for daily advances, without them it’d be hard to remember where we’ve been!